India vs Afghanistan, Southampton Weather Forecast: As per the UK meteorological department, the weather in Southampton will be mostly sunny today, which could turn cloudy by the night time 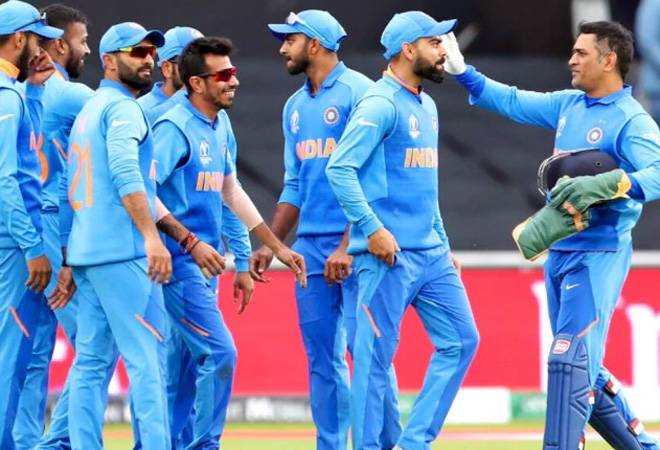 India will play its fifth match against Afghanistan at Hampshire Bowl, Southampton, on Saturday. Of the previous four games, India won three, while the match against New Zealand was cancelled due to rain. Afghanistan has lost all five matches in the ICC World Cup 2019 so far. The team, led by Gulbadin Naib, will face a daunting task against Virat Kohli's team, which will try its best to carry on with its winning streak. While Indian fans are expecting some big innings from the Indian side against Afghanistan today, some are worried that the constant bad weather in England could play spoilsport. India's previous match against Pakistan in Manchester had to be curtailed in the second half due to spells of rain. India's match against New Zealand Trent Bridge on June 13 was also called off after constant rain in the area. As per the UK meteorological department, the weather in Southampton will be mostly sunny today, which could turn cloudy by the night time. "Early patchy mist and fog, most likely across southern counties, will soon clear. Then dry with some patchy cloud but also warm sunny spells," the department said in a statement. The overall chances of rain in the area are negligible right now. The temperature could touch a maximum of 24 degree Celsius, while the minimum is expected to be 11 degree Celsius.

The show must go on for India

So far, India's performance at the ICC World Cup 2019 has been phenomenal, though injuries to key players like Shikhar Dhawan and Bhuvneshwar Kumar could be a sign of worry for the Viral Kohli & Co. The upbeat team, with a strong top order, good fielding and bowling attack, will try to put up a large score against Afghanistan if India play first. As reports suggest, Mohammed Shami is expected to replace Bhuvneshwar Kumar against Afghanistan. Rishab Pant has already been named as Shikhar Dhawan's replacement after his injury during the second match of the 2019 Cricket World Cup when he scored 117 runs. Overall, the team is as strong as before, and it would want that -- as Shikhar Dhawan said after his injury -- the "show must go on". The Afghanistan team has failed to win a game in the world cup. The team could only pose a challenge to India if some improvement is seen in bowling, batting and fielding in Southampton today.

India vs England World Cup 2019: Virat Kohli and team to be dressed in orange instead of blue