Reports so far suggest that the Indian Air Force MiG-21 crash in Rajasthan's Bikaner happened due to a bird hit. A Court of Enquiry will be formed to ascertain further details of the incident. 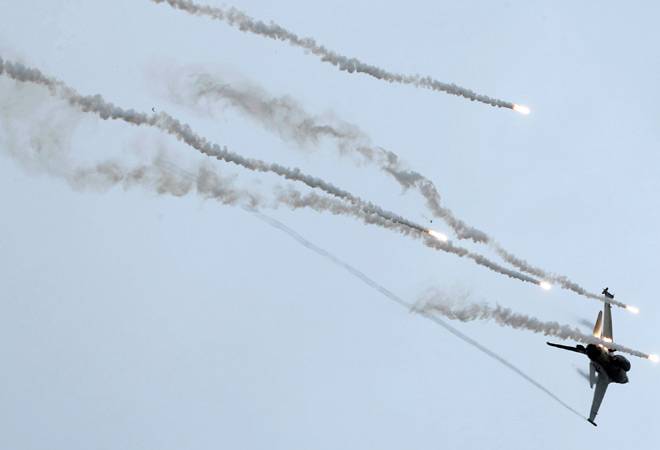 An IAF MiG-21 jet crashed near Bikaner during a routine mission. Representational image.

A MiG-21 fighter jet of Indian Air Force (IAF) crashed near Shobhasar ki Dhani, located 12 km from Bikaner city on Friday. The MiG-21 jet had taken off from Nal near Bikaner for a routine mission before it crashed. The pilot of the aircraft ejected safely, an IAF spokesperson told PTI.

Reports so far suggest that the MiG-21 jet crashed due to a bird hit. A Court of Enquiry will be formed to ascertain further details of the incident, the IAF spokesperson said.

A few days back, the IAF lost one of its Mi-17 chopper near Garend Kalan village in Budgam district of Jammu and Kashmir. The crash resulted in the deaths of six IAF personnel and a civilian.

Of late, IAF's MiG-21 jets have been in the limelight amidst heightened tensions with Pakistan. A few days back, IAF Wing Commander Abhinandan Varthaman's MiG 21 had also crashed after a dogfight with an F-16 fighter jet of Pakistan Air Force, after which he was taken into custody by the Pakistani army. Abhinandan was released to India after 70 hours of detention in Pakistan.

ALSO READ:Fishbed vs Falcon: Why the ancient MiG-21's F-16 kill is no fluke