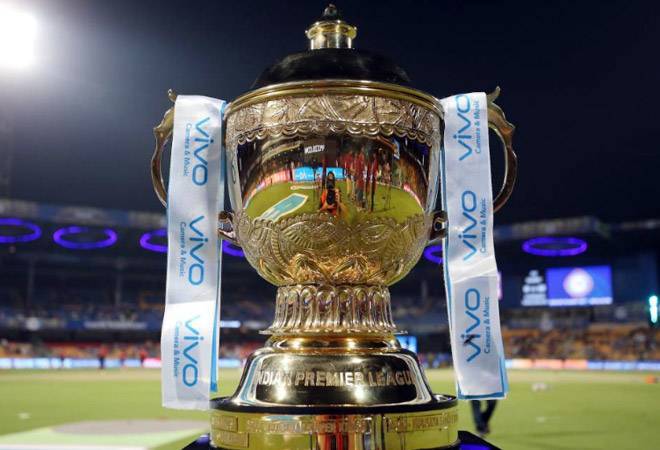 Auctions for the 13th edition of the Indian Premier League (IPL) will start shortly in Kolkata, with several key cricket players in line to grab big pay cheques this year. As many as 338 cricketers (190 Indian, 148 overseas players) will go under the hammer at the IPL 2020 auction at a hotel in Kolkata, West Bengal. The list includes six new Indian players, Vinay Kumar, Ashoke Dinda, Robin Bisht, Sanjay Yadav, Matthew Wade and Jake Weatherald, who have been added just ahead of the much-anticipated IPL auction today.

The participating teams are Kings XI Punjab, Delhi Capitals, Rajasthan Royals, Sunrisers Hyderabad, Mumbai Indians, Chennai Super Kings, Kolkata Knight Riders and Royal Challengers Bangalore. As per the list released by the IPL administration recently, there are only 73 slots free with all the eight franchises. Out of this, they can only buy 29 foreign players. Among foreign players, 7 overseas players have opted for the highest base price of Rs 2 crore that includes Australia's Pat Cummins, Josh Hazlewood, Chris Lynn, Mitchell Marsh, Glenn Maxwell, South African fast bowler Dale Steyn Dale Steyn, and Sri Lanka's all-rounder Angelo Mathews. Among the capped Indian players, Robin Uthappa, who was released by the Kolkata Knight Riders, has the highest base price of Rs 1.5 crore, while 3 Indians are in the Rs 1 crore bracket and 9 Indians are in the Rs 50 Lakh bracket. Among uncapped players, Mumbai left-hander opener Yashasvi Jaiswal and Priyam Garg, who is leading the India Under-19 World Cup squad, will be the ones to watch out for along with Tamil Nadu left-arm spinner R Sai Kishore and Bengal pacer Ishan Porel. All of them have a base price of Rs 20 lakh.

Josh Hazlewood was the only player to be bought among uncapped pacer who went under the hammer in Set 13 of IPL auction 2020. He was bought by Chennai Super Kings for Rs 2 crore.

India Under-19 batsman Yashasvi Jaiswal, with base price of Rs 20 lakh, bought for Rs 2.40 crore by Rajasthan Royals at IPL auction 2020.

KXIP picks Ravi Bishnoi for 10 times his base price

KKR buys spinner Varun Chakravarthy for Rs 4 crore in Set 7 of IPL auction 2020. He played for King XI Punjab last year, but hand to be benched after a few matches due to an injury.

Sunrisers Hyderabad goes for India's U-19 captain Priyam Garg after Virat Singh and buys him for Rs 1.9 crore.

After a fierce bidding war between MI and CSK, the defending champions bagged Nathan Coulter-Nile for Rs 8 crore.

Blue and gold this season for Nathan Coulter-Nile @mipaltan@Vivo_India#IPLAuctionpic.twitter.com/F1KXoJgqTt

Adam Zampa, with a base price of Rs 1.5 crore, remained unsold.

.@ChennaiIPL - Happy to have Piyush Chawla in yellow this season? @Vivo_India#IPLAuctionpic.twitter.com/bIQA6ACzLr

Indian leggie Piyush Chawla, who was released by the Kolkata Knight Riders, goes to Chennai Super Kings for Rs 6.75 crore. Chawla, who came at a base price of Rs 1 crore, received bid from Mumbai Indians, KXIP and CSK.

West Indies' Sheldon Cottrell, who comes up at Rs 50 lakh, sold to Kings XI Punjab for Rs 8.50 crore. He has had a phenomenal year with the ball and bat.

Jaydev Unadkat, who was the highest-paid Indian in the 2018 auction, goes for Rs 3 crore to the Rajasthan Royals. Among fast bowlers, Mohit Sharma and Dale Steyn went unsold in the auction.

West Indies wicketkeeper-batsman Shai Hope - who scored a hundred and a fifty in the first ODI against India - goes unsold at IPL Auction. Hope (21), who plays all the three formats of cricket, is among the leading run scorer in calendar year 2019. He is also the fastest batsman for the West Indies, in terms of number of innings, to score 2,000 runs in ODIs.

Most expensive buys till now

Stuart Binny, who was released by Rajasthan Royals, goes unsold as he fails to attract any bidders in the Indian Premier League auction.

Australia fast bowler Pat Cummins, base price of Rs 2 crore, is sold to Kolkata Knight Riders for a whopping Rs 15.50 crore. He is now the most expensive overseas player in IPL history.

After a strong fight between KXIP and DC, Australian attacking batsman Glenn Maxwell was sold to the Kings XI Punjab for Rs 10.75 crore. These were the two teams who have released him in the past.

3:50 PM: English batsman Jason Roy was next up under the hammer and was sold to the Delhi Capitals for Rs 1.5 crore.

3:45 PM: Robin Uthappa, who was released by the Kolkata Knight Riders, was sold to Rajasthan Royals for Rs 300 crore.

3:43 PM: After some fierce bidding, England's Eoin Morgansold to KKR for Rs 5.25 crore.

3:42 PM: Chris Lynn sold at base price of Rs 2 crore to Mumbai Indians

Chris Lynn was the first player up for auction today. He was sold to Mumbai Indians at base price of Rs 2 crore.

3:35 PM: The Kings XI Punjab would be the busiest at the auctions as they have the maximum purse left while teams like star-packed Chennai Super Kings and Mumbai Indians will bid for only key players as they have limited slots to fill in.

3:30 PM: Ahead of the start of the 13th edition of IPL auction, Mumbai Indians coach Mahela Jayawardena thanked the fans.

Just over an hour to go in Kolkata!

The stage is set for the grand #IPLAuction in Kolkata. Just a sleep away 😎😎 pic.twitter.com/b1bupiO46F