Jeff Bezos in India: The Amazon CEO Jeff Bezos said SRK was "one of the most humble people" he had ever met. Here's what SRK said 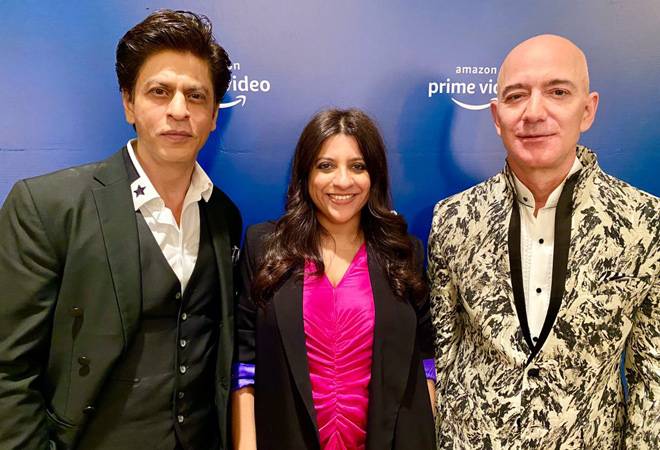 The CEO of Amazon Jeff Bezos said that Shah Rukh Khan was "one of the most humble people" he had ever met. He was on stage with SRK and Gully Boy director Zoya Akhtar at an event in Mumbai on Friday. As the audience cheered Bezos' remark, Shah Rukh said that he was humble because his last few films hadn't done well. Bezos almost chocked on water while trying to control his laughter.

He later took to his official twitter handle to share the moment with his followers. The tweet by Bezos has already garnered over 3,200 likes and 922 shares. Celebrities like Farhan Akhtar and Shibani Dandekar were part of the audience.

Lots of fun on stage with @iamsrk and Zoya Akhtar. pic.twitter.com/wdZ2tEsySX

Buying liquor online? Be careful of such frauds, especially in Mumbai