Kabir Singh release day: Kabir Singh is Shahid Kapoor's biggest solo film release ever, hitting as many as 2,400-2,700 screens across India; Kabir Singh's advance booking is the second best after Bharat in 2019 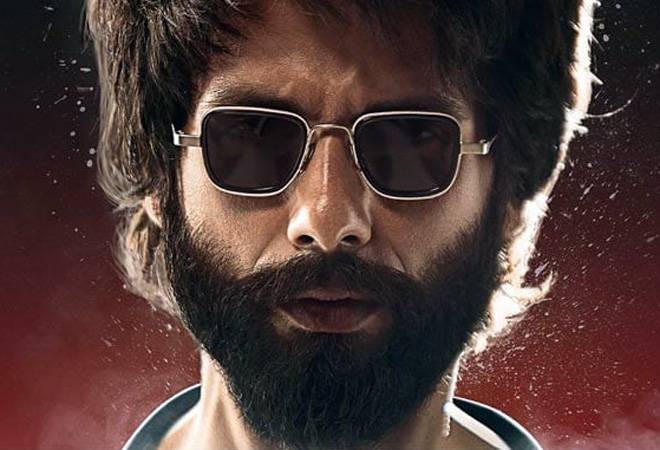 Kabir Singh box office collection Day 1: Shahid Kapoor and Kiara Advani starrer Arjun Singh, which is a remake of Telugu hit film Arjun Reddy, is all set to hit theatres today. Kabir Singh is Shahid Kapoor's biggest solo film release ever, hitting as many as 2,400-2,700 screens across India. The film has not only seen a "good opening" across metro cities of India but also across B-tier cities like Jaipur, Indore and Surat. Going by the advance booking trend, the film could easily cross Rs 15-crore mark on Day 1, suggest film business experts.

Another reason that Arjun Singh could do well on the ticket counter is because no other big release is scheduled for this weekend. "Not the typical romantic saga. Unconventional, but powerful. Shahid is outstanding, career-best act. Kiara is lovely. Director Sandeep is an incredible storyteller. Overstretched runtime is a deterrent," said well-known film trade analyst Taran Adarsh. In his one word review of the film, he termed the film "powerful".

- Solid adv booking all over India

- Fantastic reviews from the Press show last evening in #Mumbai

Film trade analyst Sumit Kadel said Kabir Singh could make a "flying start" at the box office. "Youth has flocked the theatres across India. Film is registering 40 per cent occupancy in morning shows, 55-60 per cent at major cities." He said the film was seeing a "fantastic opening". The makers of Kabir Singh have kept the tickets price for Kabir Singh low, which could do wonders for the film and it is reflecting on its advance sales, he maintained. "Even mass centres are having very good advance," he added.

#KabirSingh was supposed to take very good opening with A Center's multiplex Support providing its a youth big cities film, but to our surprise film is having terrific Advance booking in B tier cities like Jaipur, Indore, Surat & the likes. ₹ 15 cr opening is on & may cross it. pic.twitter.com/C8Sk2cx010

A day before the film's release, both the actors hosted a special screening for their close friends, including Karana Johar, Ishan Khattar, Janhvi Kapoor, Varun Dhawan and Sonakshi Sinha. Drama-film Kabir Singh is based on the Telugu hit 'Arjun Reddy' which was also directed by Sandeep Reddy Vanga. Arjun Reddy was a huge hit at the box office, so the expectations are high from Kabir Singh too.

Also read: Shahid Kapoor's film off to a flyin start

Also read: Nobody else had guts to play flawed characters: Shahid Kapoor

CHSE Odisha 12th Result 2019: Arts, science results to be out at this time today; here's how to check marks