New production-linked incentive policy: What Uday Kotak, Adi Godrej, others have to say 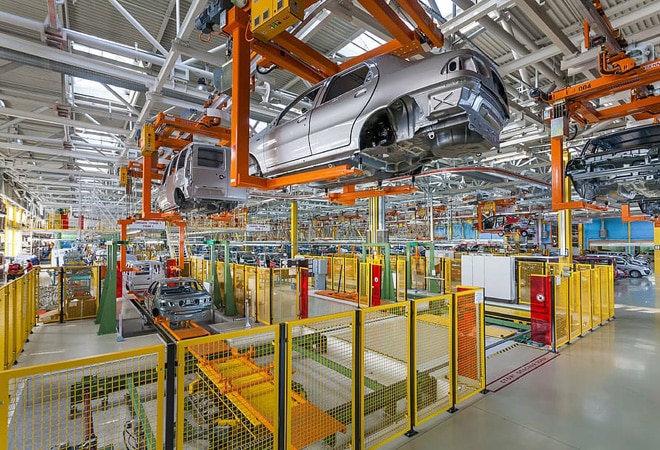 India Inc has given a big thumbs up to the Prime Minister Narendra Modi-led government's decision to extend the production-linked incentive scheme to 10 manufacturing sectors.

The government has identified the right sectors and products across core industries, labour-intensive manufacturing, and export-oriented sectors as well as advanced technology products, he said.

Sangita Reddy, President, FICCI and joint MD, Apollo Hospitals Group said that the sectors covered under the PLI scheme are strategic, technology intensive and also important from the perspective of employment generation in the country. "Indian economy offers huge opportunity for these sectors not just from the domestic market perspective but also in terms of making India an export hub for these products. FICCI thanks the government for the announcement and also hopes to hear about such progressive schemes for more sectors," she said.

Adi Godrej,  Chairman, Godrej Group, said that the government's decision to bring food processing under PLI scheme would revolutionise the sector. "While India is world's leading producer of fruits, vegetables and milk, the percentage of processing is much below the global average. We process only 7 per cent of the total farm produce. The PLI scheme would help attracting more investment into the sector -- both domestic and foreign investment," he said.

TV Narendran, CEO and Managing Director, Tata Steel Limited, said that PLI for 10 champion sectors including steel, will increase the pace of India's manufacturing growth. "The robust performance of the steel industry has a multiplier effect on other industries as well. Steel being one of the most strategically important sectors, this scheme will prove to be a game-changer and help achieve the goal of India becoming a champion in certain grades of steel while enhancing manufacturing capabilities for value added steel, leading to increase in total exports," he said.

Baba Kalyani, CMD, Bharat Forge Ltd, said, "The inclusion of high-demand high-technology items such as semi-conductor fab, IoT devices and ACC batteries in the newly announced PLI scheme will greatly boost India's manufacturing capacities and catapult it among major manufacturing hubs. We are looking forward to a huge positive impact."

Chandrajit Banerjee, Director General, CII, said the industry body has been working with the government on champion manufacturing sectors and the new policy is aligned with their expectations.

Biden and sons: Joe Biden's relatives living in Nagpur since 1873

Working with - not against - Ola, OYO founders to make cos profitable: SoftBank