The team visited JW Marriott hotel in Sector 35 a day after the Chandigarh Deputy Commissioner and Excise and Taxation Commissioner Mandip Singh Brar ordered a probe into an "illegal and exorbitant charge of GST" by the hotel on the bananas bought by actor Rahul Bose. 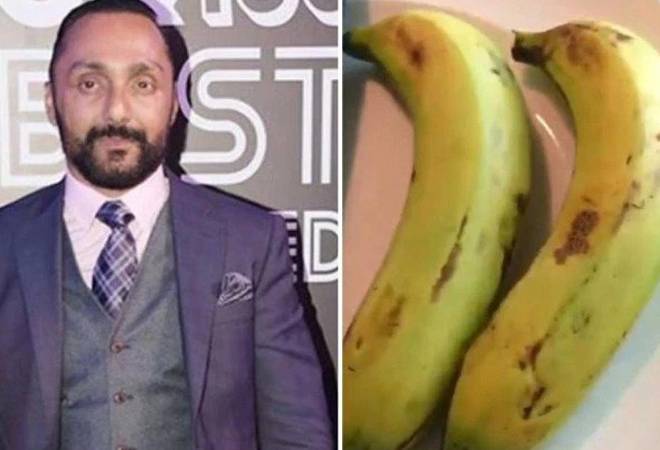 A three-member team formed by the Excise and Taxation department Thursday confiscated all relevant records following actor Rahul Bose's tweet expressing displeasure on being billed exorbitantly for two bananas at the JW Marriott hotel in Chandigarh.

The team visited the hotel in Sector 35 a day after the Chandigarh Deputy Commissioner and Excise and Taxation Commissioner Mandip Singh Brar ordered an investigation into an "illegal and exorbitant charge of GST" by the hotel on the bananas bought by the actor.

According to the Excise officials the case prima facie is also a violation of the Consumer Protection Act, 1986. The three-member comprised Assistant Excise and Taxation Commissioner (AETC) Rajeev Chaudhary, Excise and Taxation officers RL Chugh and Arun Dheer, The Indian Express reported. However, the hotel authorities did not release any official statement regarding this matter.

"ETOs have seized all relevant records. The question here is that fresh fruits are tax-free items, whatever the case may be, and 'fruit platter' is a taxable item. But the actor has been given fresh fruits and tax has been charged on it so we are investigating all angles. We are even probing whether relevant tax is being deposited regularly with the excise and taxation department or not," AETC Chaudhary told Chandigarh Newsline.

Meanwhile, according to sources in the hotel management, a five-star hotel can levy 18% tax on an item's sale. The GST experts, on the other hand, said that as per law, fresh fruits cannot be taxed at all and the law dictates that the tax is to be levied only on a taxable item.

The experts also affirmed that in Bose's case the question was not about the percentage of tax but rather "tax charged on a tax-free item" as stated by the government, the report said.

Following actor Rahul Bose's tweet on being exorbitantly charged for two bananas at a Chandigarh hotel, the city administration on Wednesday ordered a high-level probe into his allegations.

The actor was charged Rs 442.50 for two bananas at the luxury hotel which is located in Sector 35 of the city. Bose on Sunday had tweeted a video expressing his outrage.

"You have to see this to believe it. Who said fruit wasn't harmful to your existence? Ask the wonderful folks at @JWMarriottChd #goingbananas #howtogetfitandgobroke #potassiumforkings," he tweeted.

"So I am shooting in Chandigarh and I am staying at this beautiful suite at JW Marriott where they give you all these elegant freebies like these chocolate cookies. God knows how much these beautiful flowers must have cost, but get this, I was in the gym and I asked for two bananas and check the bill out," the actor said in a 38-second long video. According to the bill shown in his video, Bose was charged for a 'fruit platter'.

"They're just too good for me. Well done JW Marriott Chandigarh," the actor commented before ending his video.