Recovered from coronavirus? Now, it's time for post COVID-care 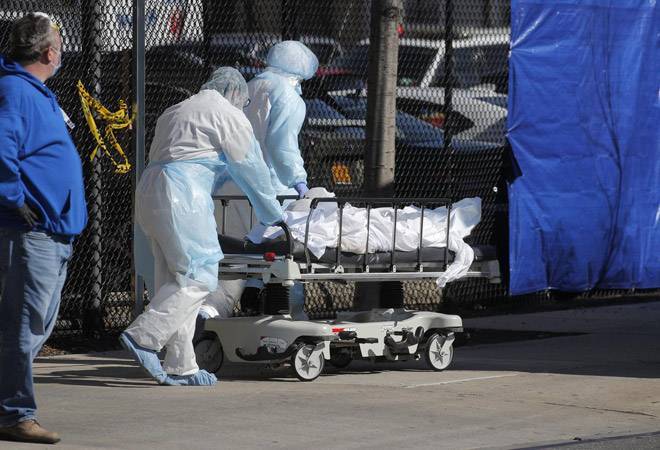 Some of the concerns range from lingering respiratory problems to mental health issues.

Even as physicians and scientists try to understand the intricacies of coronavirus, a new chapter opens up about dealing with after-effects of the ailment on patients who have recovered. One major attempt to deal with the issue is by healthcare providers who are offering services specially aimed at such patients. In a week from now, Fortis hospital will be formally launching, what it calls, its "post-COVID OPD". Speaking on its need and what patients go through after recovery from COVID-19, Dr Rahul Pandit, Director-intensive care, Fortis Hospital, Mulund, Mumbai, says, "COVID is a new disease and it has only been seven months since it has been formally announced and India has been four months into it. There were a number of concerns that came to our notice in our patients after recovery and it prompted us to have a comprehensive outpatient clinic for them. Hence, this post-COVID OPD." The idea, he says, was to address the concerns comprehensively.

Some of the concerns range from lingering respiratory problems to mental health issues. "There is also unfortunately a lot of sigma  that has got attached to it and therefore like in times of war, some people go through a post traumatic stress disorder or PTSD," says Dr Anita Mathew, Senior Consultant, Physician & Infectious Disease Specialist, also at Fortis along with Dr Pandit.  The mental health issues and depression in some cases is also because some may be having a family member infected by the virus or perhaps have lost a family member.

"We know for instance, that many of these patients who have non-communicable lifestyle ailments like diabetes and blood pressure do need a little bit of tweaking of their blood pressure or diabetes medicines post infection and post recovery. But we still do not know if this is a sustained effect or if it will be seen only in the first few weeks," says Dr Pandit. "Or whether, it means a complete change in their requirement of medicines." Currently, he says, patients are coming back as routine follow up and it's also a standard practice to have patients in the hospital called back for a follow up after 7 or 8 days. "We have even had patients calling us up and talking about some lingering problems, especially fatigue," he says.

So, what are some of the commonly seen problems in the post-COVID patients? Fatigue seems to be a common theme. Most complain of unusually long fatigue after a corona illness as opposed to a common cold or common flu where you are up and about in a few days. This seems to linger along for a long time. The other is respiratory complaints in the form of nagging cough and an inability to do the same level of exercise. It's not about strenuous exercises but difficulty in climbing just two or three flight of stairs that they could have earlier done rather easily. But, an important point to remember, the doctor cautions, "is we still do not know if this is really needing more effort because their lung functions are altered or if it is just the contribution of fatigue. That is why you need to get a more comprehensive understanding and therefore objectively monitor if their lung functions have altered. There is a way to check the lung function and to study the lung capacity of a particular age and gender. It is still too early to say as we still do not have the data to give a proper assessment of how long these last."

When do the symptoms start appearing? The fatigue element is there even when they get discharged. Patients typically say, "everything is good but feel a little bit tired". This is even as all the other health parameters return back to the baseline. However, in the post-COVID patients, there is a pattern to their illness. The first few days are symptomatic, some symptoms coming up like fever, body ache, sometimes even loss of smell, fatigue, pain in the lower limbs.  Dr Mathew also talks of 30 year olds sometimes coming on a wheelchair, which perhaps underlines the element of fatigue, which cannot be ruled out. She says that while they are attending more to their patients who are hospitalised and have had a severe attack, it is not as if the others could be complacent. They all should not take any lingering ailment lightly and report to the doctor, she adds. Most, she says, tend to have fatigue. Each patient is different with the body reacting differently in each case. The nature of other ailments is usually linked to the severity of the attack. Though in some cases, there have been reports of children also ending up with post-COVID inflammation syndrome, which can be serious.

Generally, Dr Pandit says, "the breathing difficulties and other problems start after day 5 or day 6 since recovery and can happen anywhere between day 5 and day 11." Currently, they are being treated based on the past experience and knowledge gathered by the physicians like him over the past few months. Those with co-morbidity take time to recover.  He also talks of, what he calls, "Clinico-radiological dissociation (which means the clinical picture of what the doctors see on examination, what they notice in the radiological reports or x-rays and the variance noticed).  Radiological recovery takes more time than the clinical recovery," he says.

What not to ignore

His advice to patients who have recovered from COVID: "Do not ignore any lingering problem and make sure it is addressed as most are reversible and treatable and must have the masks on and social distancing . We do not have any immunity passport. Till we have a proper validated vaccine in place, people should use the mask vaccine and the social distancing vaccine." Dr Mathew adds another note of caution: "since the immunity level is down, it is important to take care of any secondary infection and to focus on better nutrition and to de-stress."

Kurukshetra tea seller applies for bank loan, gets shock of his life