Satta Matka: What is Matka Gambling and Satta Lottery Game, History, Everything You need to know

What is Matka Gambling Business and Satta Lottery Game; Current-day Matka gambling or Satta King is a lottery game based on random number selection and betting. Gambling is illegal in India except for lotteries and horse racing 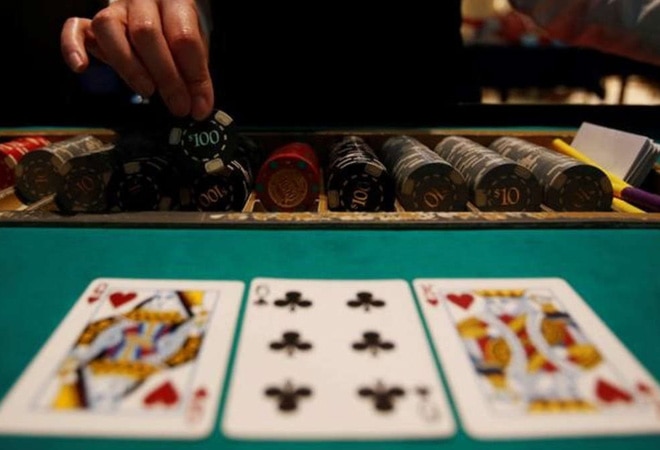 Satta Matka, also known as Matka gambling or just Satta, was a full-fledged lottery game that started in the 1950s soon after India's independence. Now, it is mostly played online. Although gambling is illegal in India, it varies from state to state. States in India can formulate their own laws concerning gambling activities. Common gambling activities such as organised betting are curbed except for particular categories such as lotteries and horse racing which are legal in the country.

What is Satta Matka Lottery?

Back in 1950s, the Satta Matka was known as 'Ankada Jugar'. Overtime the Satta Matka evolved into something completely different compared to what it was in the beginning, only the name 'Matka' stayed. Current-day Matka gambling or Satta King is a lottery game based on random number selection and betting.

Back then, in Satta Matka numbers from 0-9 were written on pieces of paper, these were then placed into a matka. An individual would then pick a piece of paper from the matka and read out the winning numbers. As times changed so did the Satta Matka lottery. Now, three numbers are drawn from a pack of cards when playing offline.

The decades of the 1980s and 1990s saw the Matka business at its peak. Betting volumes were in the Rs 50 crore-range every month.  As the Matka business grew in size, there was a heavy crackdown from the police as gambling is illegal in India.

Why gambling is illegal in India

Gambling in the country has been illegal since the British ruled the land. The Public Gambling Act passed by the British Parliament in 1867 making gambling illegal in Inda. Lotteries and horse racing are the two forms of betting that are still legal in India. Gambling is a state subject and every state had different laws on it, however, games of skill are mostly exempt.

Is Satta legal in India?

No, since Satta literally means gambling, it is illegal in the country. However, online Satta Matka is legal.

Who is Matka King?

Any individuals who earn a great amount of money from Matka gambling is known as a 'Matka King. Originally, the term was used to describe the lead person who runs the syndicate of Matka gambling.

Who is Ratan Khatri?

Ratan Khatri is known as the original Matka King. From the early 1960s to the mid-1990s Khatri managed a vast nationwide illegal gambling network. He had lakhs of punters working for him. His business was worth several crores. Khatri died on May 9, 2020.

How many types of Satta Matka games?

Currently, the most common forms of Matka games in the country are Kalyan Matka and Worli Matka. The New Worli Matka runs five days a week. It runs from Monday to Friday. While the Kalyan Matka is played on all 7 days of a week.

Satta Matka is now mostly played online. Though the rules have largely remained the same. Those interested can go to any of the Matka gambling websites and play the game. There are even mobile apps through which Satta Matka can be played. Satta Matka, also called Matka gambling or just Satta, was a full-scale lottery game in India. It started in the 1950s soon after India gained independence. Now, it is mostly played online.

Here are the top lottery games played in India:

Here are many types of lottery sambad

Shillong Teer Lottery is played in Meghalaya wherein the winners are decided on the basis of the number of arrows shot. The lottery game results for the first and second rounds are declared at 4 pm and 5 pm on weekdays. Shillong Teer is played from Monday to Saturday.

The government of Goa has its own lottery division which is responsible for organising several games, comprising the Rajshree Lottery. The various lotteries under the Directorate of Small Savings and Lotteries include Saturday Lotto, Dream 5 Lotto, Flora Weekly Lottery, Magic Lotto, Everest Shani Weekly Lottery, Flora Weekly Lottery, Saturday Lotto, Keno, Lucky Four, and Lotus Weekly Lottery. All of these lotteries are organised under specific Indian laws. Multiple drawings occur daily under Rajshree Lottery. The results are typically announced in the morning and evening. Rajshree lottery result online can be seen via the official website of the Government of Goa.

Maharashtra State Lottery came to existence in 1969 and was initiated by the Finance Department of the State. The revenue generated from the lottery sales also aids Maharashtra government improve its infrastructure and economy. It is a daily paper lottery ticket series. The lotteries are either available with authorised retailers/dealers. The results are announced online on the officially by the Maharashtra government.

There are seven weekly contests organised by Sikkim Lottery. Out of these Sikkim's 'Dear Precious Morning' lottery is a popular weekly lottery which is held on every Thursday. It carries the first prize of Rs 50 lakh, second prize of Rs 9,000, third prize of Rs 500, fourth prize of Rs 250 and fifth prize of Rs 120.

Disclaimer:Gambling is illegal in India except for lotteries and horse racing. Gambling is a state subject and every state had different laws on it, however, games of skill are mostly exempt.