Tamilrockers has a notorious track record of leaking big budgeted films online; this could affect Kabir Singh's collection as the film's earning could take a toll in the weekdays 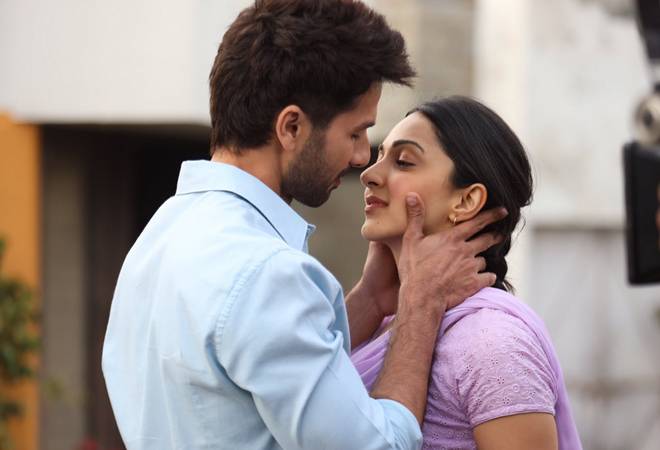 Shahid Kapoor and Kiara Advani's latest film, Kabir Singh, has been leaked online on notorious piracy website Tamilrockers in just a day of its release on Friday. The film is now available for free download on its platform. A remake of the Telugu hit film Arjun Reddy, Kabir Singh is Shahid Kapoor's biggest opener to date. This could affect Kabir Singh's collection as the film's earning could take a toll in the weekdays. Tamilrockers is an illegal website that has been releasing big-budget movies online. It is infamous for online piracy, and despite all efforts of the film business stakeholders and government authorities, Tamilrockers continues to expand its footprints across all languages, including regional.

In Kabir Singh, Shahid Kapoor is playing the role of an alcoholic surgeon who goes on a self-destructive mode after his girlfriend Preeti (Kiara Advani) marries someone else against her wishes. The actor says he had to go through an immense physical transformation to play the role of Kabir Singh. Shahid Kapoor reportedly put on 14 kg weight to play the lead role and grew long hair and thick beard, which took him about two-and--half-month to do so. "They (hair) took about two-and-a-half months to grow out, and during this phase, I worked with my trainer Samir Jaura on drafting a plan and achieving the [hefty] look. If you sit down and make a plan, there's a smart way of [gaining weight]," he told India Today.

Meanwhile, Tamilrockers has a notorious track record of leaking big budgeted films online. In the past, this website has been blocked over and over. However, once an URL is taken down, its administrators manage to set up another proxy URL, which makes difficult to shut it down forever. Previous movies released by Tamilrockers include Shah Rukh Khan's Zero, Rajinikanth-Akshay Kumar's 2.0, Aamir Khan's Thugs of Hindostan, Yash's KGF: Chapter 1, Thalapathy Vijay's Sarkar, Dhanush's Maari 2, Mohanlal's Odiyan and many more.