Rebel BJP leader Shatrughan Sinha, who has been denied ticket to contest from the Patna Sahib Lok Sabha seat, slammed party leadership, particularly PM Modi, for fielding Amit Shah from Gandhinagar constituency, a seat from where Advani won six times in the past. 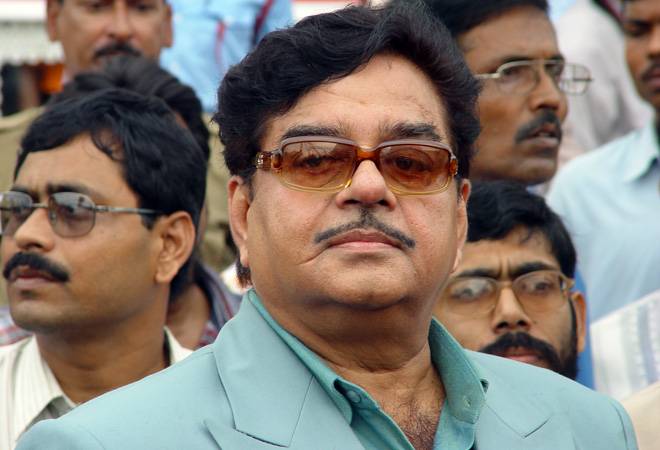 A day after BJP dropped senior leader Lal Krishna Advani from the party's first list of candidates for the Lok Sabha Elections 2019, the actor-turned-politician Shatrughan Sinha on Saturday alleged that Advani was deliberately sidelined by the party.

Rebel BJP leader Sinha, who has been denied ticket to contest from the Patna Sahib Lok Sabha seat, slammed party leadership, particularly Prime Minister Narendra Modi, for fielding Amit Shah from Gandhinagar constituency in Gujarat, a seat from where Advani won six times in the past.

Sirji, instead of playing Rafale Baba & Chalis Chokiwdar, which has already fallen flat on its face, it's high time & right time to take some corrective measures (if you still can) & go for damage control soon, sooner the better. Meanwhile it's worrisome, painful and according to

"It's worrisome, painful and according to some people, even shameful... that which your people have done was the most expected and awaited....orchestrating the departure of a most respected friend, philosopher, guide, father figure and ultimate leader of the party Shri. L.K.Advani, from the political arena/ election," Shatrughan Sinha said in a series of tweets.

"That too through the replacement of Mr. Advani by none other than the man who is also the President of the party but whose image or personality is no match nor a patch on him. This has been done deliberately and intentionally and hasn't gone down well with the people of the country," Sinha said.

"He is a father figure and no one can approve of such a treatment to a father figure. What you and your people have done with me, is still tolerable. I'm able and capable of answering your people back in the same coin. Remember Newton's third law...every action has an equal and opposite reaction. And I am capable of paying back," Shatrughan Sinha wrote on Twitter.

There are speculations that Shatrughan Sinha may join the Congress after the BJP fielded Union law minister Ravi Shankar Prasad from Patna Sahib, a party stronghold represented by Sinha in the outgoing Lok Sabha.

Earlier today, the National Democratic Alliance (NDA) in Bihar, comprising the BJP, Chief Minister Nitish Kumar's JD(U) and Ram Vilas Paswan's LJP, announced its candidates for 39 out of the total 40 Lok Sabha seats in the state.

PM Modi, Amit Shah and Yogi to address rallies in all phases in West Bengal