Several variants of the COVID-19 virus have been emerging globally, making efforts to curb the spread of the virus even more difficult 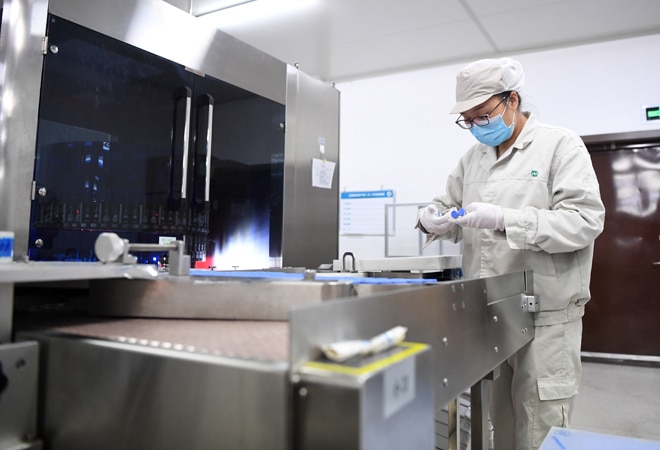 Amid the already raging COVID-19 second wave in India, a new variant of SARS-CoV-2 - 'N440K' - has been discovered in many parts of the country. Scientists at the Centre for Cellular and Molecular Biology (CCMB) have found that lineages with N440K are not the dominant ones in the second wave of COVID pandemic in the country.

CCMB scientists discovered the new coronavirus variant, which is believed to be at least 15 times more lethal than the earlier ones. The N440K variant is the reason for the sharp spike in new infections in Andhra Pradesh in the last few weeks.

According to the scientists, the new COVID variant may even be stronger than the Indian variants - B1.617 and B1.618. The B.1.617 variant contains mutations from two different virus variants - E484Q and L452R.

Several variants of the COVID-19 virus have been emerging globally, making efforts to curb the spread of the virus even more difficult.

While N440K mutation was indeed a concern in southern parts of India during and after the first wave, the recent data shows that the new variant is slowly being replaced by other variants such as B.1.617 (double-mutant variant) and B.1.1.7 (identified in the UK).

Researchers, when comparing the data from Maharashtra, found that the B.1.617 variant increased in February rather than in March 2021, and again a reduction in the proportion of lineages with N440K was seen.

Divya Tej Sowpati of CCMB, said, "The timing of the increase in B.1.617 coincides well with the second waves seen in the respective states."

In Maharastra, the second COVID wave started almost a month and a half earlier compared to the four southern states - Andhra Pradesh, Karnataka, Telangana and Kerala - along with the explosion of B.1.617 at the expense of lineages with the mutation N440K, said Sowpati.

"In Kerala, though not much data is available on GISAID, we can see from genescov2.genomes.in that B.1.1.7 is increasing at present, whereas N440K is present in less than 20 per cent of the genomes," he added.

Also Read: Bill and Melinda Gates agree to divide over $130 billion of assets