Super Amphan Cyclone to hit Bengal on Wednesday: 10 things you need to know

Cyclone Amphan Update: Odisha, Andhra Pradesh, and West Bengal are preparing to face a possible cyclone, which is expected to make a landfall in Bengal on Wednesday 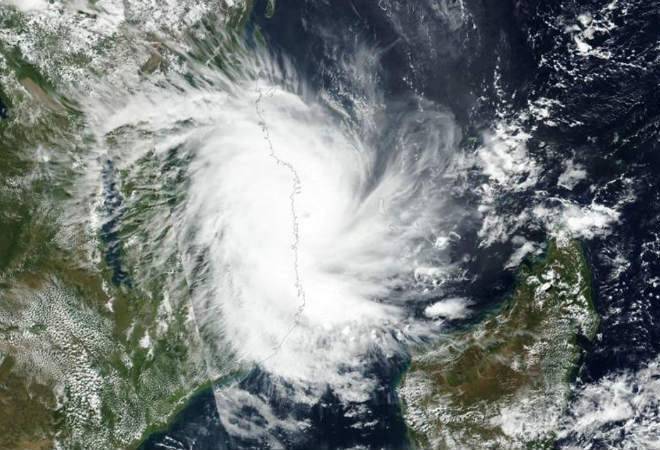 The India Meteorological Department (IMD) said on Monday that Cyclone Amphan has turned into a "super cyclonic storm" this morning and is likely to move across the northeast Bay of Bengal, and cross the West Bengal and Bangladesh coasts between Digha and the Hatia Island on May 20. In the midst of the coronavirus lockdown, three states - Odisha, Andhra Pradesh, and West Bengal - are preparing to face a possible storm, which is expected to make a landfall in Bengal on Wednesday. "It is very likely to move nearly northwards for some more time and then north-northeastwards across northwest Bay of Bengal and cross West Bengal - Bangladesh coasts between Digha (West Bengal) and Hatiya Islands (Bangladesh) close to Sundarbans during the Afternoon / Evening of 20th May 2020 as anExtremely Severe Cyclonic Storm with maximum sustained wind speed of 165-175 kmph gusting to 185 kmph," according to a statement released by Ministry of Earth Science. It also predicted very heavy rainfall in, Sikkim, Assam and Meghalaya till Wednesday, apart from Odisha and Bengal.

Here's is ten things you need to know about Super Amphan cyclone:

PM Narendra Modi on Monday held a meeting with the Ministry of Home Affairs (MHA) and the National Disaster Management Authority (NDMA) to review the preparedness for Cyclone Amphan developing in the Bay of Bengal.

"Reviewed the preparedness regarding the situation due to cyclone 'Amphan.' The response measures as well as evacuation plans were discussed. I pray for everyone's safety and assure all possible support from the Central Government," the Prime Minister said in a tweet.

In the meeting with PM Modi, National Disaster Response Force(NDRF) DG Satya Narayan Pradhan informed that 25 NDRF teams have been deployed on the ground while 12 others are ready in reserve. Twenty four other NDRF teams have also are also been kept on standby in different parts of the country.

Odisha likely to be heavily impacted

Umashankar Das, scientist at IMD Bhubaneswar said that North Odisha would face the strongest impact of Amphan cyclone when it makes landfall. With wind speeds of up to 130 kmph, Balasore, Bhadrak, Jajpur, Mayurbhanj districts of the state are likely to be heavily impacted on May 20.

The IMD has further issued heavy rainfall warning in Sikkim, Assam and Meghalaya till May 21. Most places would receive moderate rainfall while some would experience heavy rainfall.

Fishermen have also been advised not to venture into North Bay of Bengal along and off North Odisha, West Bengal and adjoining Bangladesh coasts during May 18-20.

Odisha to evacuate over 1 million people

A year after it was hit by Cyclone Fani, Odisha is preparing to evacuate over 1 million people living in vulnerable areas, according to the state officials. Last year, the state had relocated over 11 lakh people across 13 districts.

Gale wind speed reaching 165 to 175 kmph gusting to 195 kmph is likely along and off east Medinipur and north & south 24 Parganas districts and 100-110 kmph gusting to 120 kmph over Kolkata, Hooghly, Howrah and West Mednipur Districts of West Bengal during the time of landfall (May 20 afternoon to night).

Extensive damage to all types of kutcha houses and some damage to old badly managed Pucca structures is expected. There is a potential threat from flying objects. Extensive uprooting of communication and power poles, while disruption of rail and road link at several places is also expected. Besides, large boats and ships may get torn from their moorings.

Delhi University closed till May 31; all employees asked to download Aarogya Setu