In an interview with India Today News Director Rahul Kanwal, Professor Abdelal said that one of the reasons why the Russia-Ukraine war has stretched for long is that President Vladimir Putin did not receive a sufficiently well-developed sense of the ability of the Ukrainian military and the civilians to resist a militarily superior Russian army.

Professor Rawi Abdelal, who teaches international political economy and globalisation at Harvard Business School, and is the Director of Harvard’s Centre for Russian and Eurasian Studies, has said that the Russia-Ukraine war has reached a point of stalemate, where neither party can win nor lose. He also predicted that the longer the stalemate is stretched, the more the escalation is likely from the Russian side.

In an interview with India Today News Director Rahul Kanwal, Professor Abdelal said that one of the reasons why the Russia-Ukraine war has stretched for long is that President Vladimir Putin did not receive a sufficiently well-developed sense of the ability of the Ukrainian military and the civilians to resist a militarily superior Russian army.

He added, “The West also over-estimated the ability of the Russian military. The Ukrainian resistance has been ferocious and heroic. The West has supported Ukrainian President Volodymyr Zelenskyy and Ukraine in a variety of ways. Ukraine has been armed enough to achieve a kind of stalemate, but not enough to win the war. However, the Russian military will not leave Ukraine till a political and strategic objective is reached. So, we are at a difficult position in the war. Neither can win nor can they lose.” 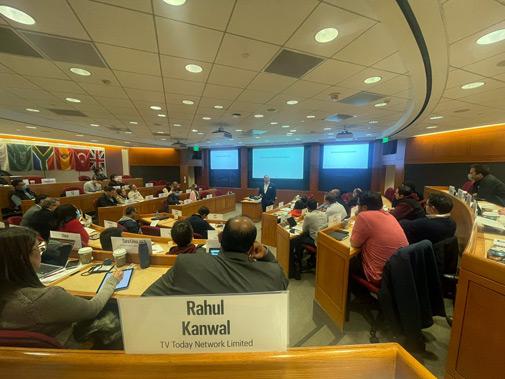 Prof Abdelal elaborated that neither Russia nor Ukraine nor the West for that matter, have been able to come out with an exit route.

“Since the two parties are so far apart in the peace negotiations, we can well imagine one of the two things to happen – either the stalemate will persist in all of its horrors, or the Russian military will escalate in ways that will go far beyond the horrors that we have already seen,” he explained.

The expert also said that Russia has hypersonic missiles which evade missile defence systems, and thermobaric weapons called vacuum bombs. The country has used one of each of the weapons but has stayed away from an escalation to widespread use.

“My concern is that the longer the stalemate lasts, there is more likely to be an escalation on the Russian side using weapons they have not yet used,” he warned.

The professor further explained that President Putin cannot declare defeat in this war. “Putin has gambled his historical legacy with this war which means there is no backing out. There will be no end to this war till the Russian president feels like he can narrate some sort of achievement both militarily and politically,” he added.

“Putin is more isolated now from getting good and honest feedback from his advisers than in other moments in the past. The idea that Putin woke up one day very grumpy or having lost his mind to invade Ukraine is a deep misreading of the historical material, political and social forces that led us to this war. The Russian Federation shares the worldview that this is some sort of a defensive operation pushing back against the West and NATO,” said Prof Abdelal in the interview.

“Tactical strike, which could be just a nuclear weapon, not a big one on the territory of Ukraine. The broader question about nuclear war as we once feared it is not about Russia versus Ukraine, but Russia versus the West and for that logic, we must think what are the ways Russia and NATO could come to direct conflict leading to a nuclear exchange between the great powers as opposed to a single tactical nuclear strike in Ukraine.”

When asked if a nuclear tactical strike on a Ukrainian military asset is being considered, he said, “Absolutely.” “We could be witnessing in some ways the end of the nuclear non-proliferation regime”, he said, adding that many global leaders would be thinking now that the only way for a nation to be safe from either an invasion or indeed an attack with a tactical nuclear strike is nuclear weapons of one’s own.