Lok Sabha polls 2019: "Who gave this person a right to mislead the country when he himself is out on bail," says the defence minister. 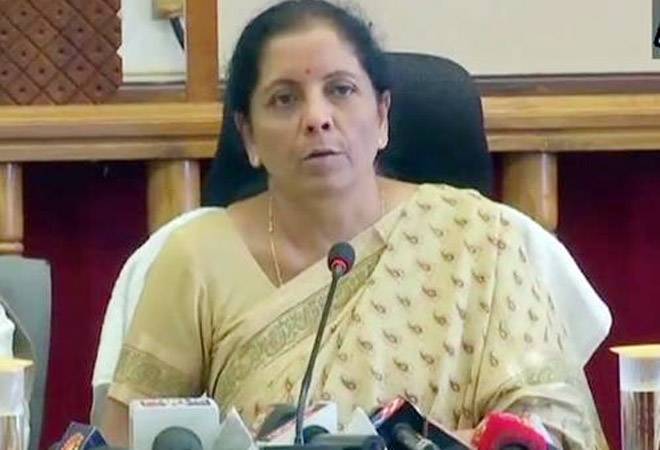 Union Defence Minister Nirmala Sitharaman on Wednesday criticised Congress President Rahul Gandhi for his remarks in the Rafale deal. "We all know Congress President probably doesn't even read even half a paragraph, but here, by saying that the court has accepted and by also saying that the court has said 'Chowkidaar chor hai, these verge on contempt of court," says Sitharaman. "Who gave this person a right to mislead the country when he himself is out on bail," asked the Union Defence Minister. Earlier, after filing nomination from Amethi, UP, Rahul Gandhi said the Supreme Court had accepted there's some form of corruption in the Rafale deal and that "chowkidaar ne chori karwayi hai". Apart from Amethi, Rahul Gandhi is also fighting elections from Wayanad constituency in Kerala.

The country will witness the first phase of polling for a total of 91 Lok Sabha seats spread over 20 states and UTs on Thursday (April 11). Campaigning for the first phase of Lok Sabha elections 2019 came to an end on Tuesday, as political parties, including the BJP and Congress, making their ditch effort to woo voters.

Catch all the latest updates on BusinessToday.In live blog on the 2019 Lok Sabha elections.

3.17pm: "Some relationships are of the heart. The whole family was there for bhai's nomination. This was my father's Karmabhoomi. For us, it is a Pavitra Bhoomi," says Priyanka Gandhi.

2.38pm: The Election Commission of India (ECI) has stalled the release of a biopic on Prime Minister Narendra Modi, saying any biopic material sub serving the purpose of any political entity or individual should not be displayed in electronic media, including cinematography.

2.20pm: "The government and PM hid crucial facts and evidence from the Supreme Court. They hid that the price of the jets was increased from Rs 526 crore to Rs 1,600 crore, and refused to tell the price to the SC on the so called ground of breach of national securit," says Congress leader Randeep Singh Surjewala.

2.15pm: Smriti Irani to file nomination from Amethi on Wednesday.

2.02pm: "Pak has officially allied with Modi," says the Congress.

Pak has officially allied with Modi!

‘A vote for Modi is a vote for Pakistan’, says Pak PM Imran Khan

1.50pm: The skeletons in the Rafale scam are tumbling out one by one, says the Congress.

Modiji, you can run and lie as much as you want,

But sooner or later the truth comes out.

The skeletons in #RafaleScam are tumbling out one by one.

And now there is ‘no official secrets act’ to hide behind.
1/2

Uttarakhand: Visuals from Nainital as polling parties leave for their respective polling stations. All 5 parliamentary constituencies of the state will undergo polling tomorrow, in the first phase of #LokSabhaElections2019pic.twitter.com/rYJRt7qIth

Congress President Rahul Gandhi arrives in Amethi. He will file his nomination for #LokSabhaElections2019 from the Lok Sabha constituency today. pic.twitter.com/CywtKeQwCN

Visuals from outside District Collector office in Amethi where Congress President Rahul Gandhi will file his nomination today. #LokSabhaElections2019pic.twitter.com/cjjGWUbS9L

Assam: Visuals from Dibrugarh as polling parties leave for their respective polling stations. Five Parliamentary constituencies of the state will undergo polling tomorrow, in the first phase of #LokSabhaElections2019pic.twitter.com/xIzFeO91EL

Bhakts scratching their heads & at wit ends wondering if they should praise Imran Khan or not. 😷 https://t.co/V4pv4u4vgn

Karnataka: A team of Income Tax dept conducted a raid at a private hotel in Ballari late last night, where former MLA and Congress leader Anil Lad is staying. The raid is still underway. pic.twitter.com/UJ2Pp4XtAt

Chhattisgarh: The mortal remains of BJP MLA Bheema Mandavi being brought to the party's office in Dantewada. The MLA, his driver & 3 PSOs lost their lives in a naxal attack in Dantewada yesterday. pic.twitter.com/j69KTBZVfu

9.50am: Kajal Kinnar Nayak, a transgender candidate of BSP, filed her nomination for Korei assembly constituency in Odisha. She says, "I can't believe how much love I got from the public despite being a transgender," reported India Today.

9.37am: Greater chance of peace if Modi wins; Congress will be too scared to seek settlement over Kashmir, says Imran Khan

Odisha: Kajal Kinnar Nayak, a transgender candidate of the Bahujan Samaj Party (BSP) filed her nomination for the Korei assembly constituency. She says, "I can't believe how much love I got from the public despite being a transgender." (9/4/19) pic.twitter.com/I5Q7yrc5CQ

NYAY is such a powerful idea.
Absolutely amazing resonance in the field. Even PM (Past Master) can’t stop talking about it.

8.40am: Rahul Gandhi says "NYAY is such a powerful idea. Absolutely amazing resonance in the field."

Today’s public meetings will take place in Gujarat and Goa, where BJP’s good governance has positively impacted several lives. Will be addressing rallies in Junagadh, Songadh and Panaji. @BJP4Gujarat@BJP4Goa

Here are highlights from yesterday’s massive rallies in Maharashtra, Karnataka and Tamil Nadu. Do watch. pic.twitter.com/mzNsxUU6kb

8.25am: Uttarakhand, which goes to polls on April 11, has 11 polling booths which voters can reach only after traversing a distance 15 to 20 km on foot, Chief Electoral Officer Saujanya said on Tuesday, reported. Tehri district has four such booths, followed by Pithoragarh (3), Chamoli (two), Rudraprayag (1) and Uttarkashi (1), she said. Government Primary School, Dumak in Chamoli district has the farthest located polling booth in the state, which is 20 km from the nearest road, the official said.

8.20am: A total of 452 candidates have filed nomination papers for 17 constituencies in Maharashtra which will go to the polls in the fourth phase of Lok Sabha elections on April 29, reports PTI. Tuesday was the last date of filing of papers. The constituencies going to the polls in the fourth and the final phase in the state are Nandurbar, Dhule, Dindori, Nashik, Palghar, Bhiwandi, Kalyan, Thane, Maval, Shirur, Shirdi and the six seats in Mumbai.

8.15am: The Election Commission is learnt to have directed the Chief Electoral Officer of Delhi to ensure that the contents of NaMo TV are pre-certified by the local media certification and monitoring committee, reports PTI. Such committees are formed at district and state levels during polls. They clear political campaign and advertisements.

8.03am: The Income Tax Department has written to the Chief Electoral Officer seeking legal action against Karnataka CM HD Kumaraswamy, Deputy Chief Minister G Parameshwara and a host of his cabinet colleagues for allegedly intimidating tax officers and obstructing them from discharging duties, PTI reported.

8.00am: Congress President Rahul Gandhi will file his nomination papers from the Amethi Lok Sabha seat. He will also hold a roadshow and address a gathering.

7.55am: All parliamentary constituencies in 10 states and UTs, including Andhra Pradesh, Arunachal Pradesh, Meghalaya, Mizoram, Nagaland, Sikkim, Andaman and Nicobar and Lakshadweep, Telangana and Uttarakhand, will go to polls in the first phase on Arpil 11. The counting of votes will take place on May 23.