Lok Sabha Elections 2019: Akhilesh Yadav alleged that EVMs across India are malfunctioning and voting only for BJP. 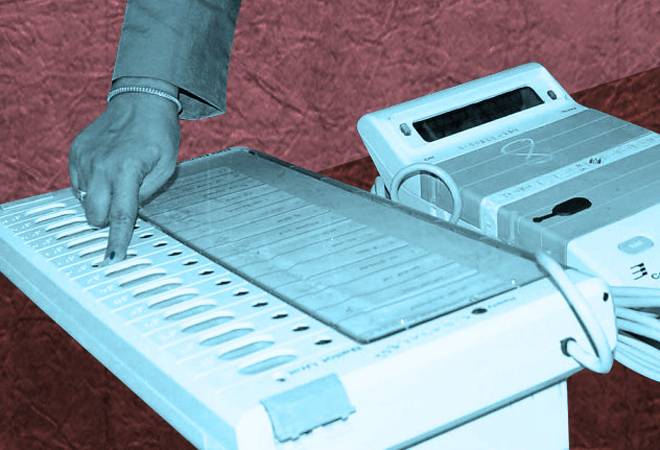 As 13 states and 2 Union Territories vote today, multiple cases of EVM malfunctioning are being reported. The EVM-VVPAT machine came under heavy criticism by Opposition parties in the first two phases of polling. In Phase 3 too, instances of EVM glitches have been reported from Uttar Pradesh, Goa, Kerala and Bihar.

In response to reports of EVM glitches, Akhilesh Yadav tweeted, "EVMs across India malfunctioning or voting for the BJP. DMs say poll officials untrained to operate EVMs. 350+ being replaced. This is criminal negligence for a polling exercise that costs 50,000 crs."

Here's a lowdown of the instances of EVM glitches:

Uttar Pradesh: More than 300 EVMs were not working, claimed Azam Khan's son. In an interview to Aaj Tak, Abdullah Azam Khan said, "More than 300 EVMs are not working and the district magistrate is doing this on purpose. Police are scaring people by going inside their homes. I even heard that some people have been asked to keep their rifles ready. All this is being done to scare away voters."

More than 50 polling booths reported EVM malfunction early morning in the state's Rohilkhand region. Twenty-seven of these were reported from Badaun, 14 in Bareilly, 11 in Moradabad, 7 in Sambhal and 5 each on Pilibhit and Aonla.

A problem with a VVPAT machine was also reported from a booth in Firozabad that delayed polling for 45 minutes.

EVMs across India malfunctioning or voting for the BJP. DMs say poll officials untrained to operate EVMs. 350+ being replaced. This is criminal negligence for a polling exercise that costs 50,000 crs.

Should we believe DMs @ECISVEEP, or is something far more sinister afoot? pic.twitter.com/eGsGUUBWai

Goa: In South Goa, the Election Commission had to replace EVMs at a booth in Cuncolim after it was found that the machine was adding votes to BJP's tally during a mandatory mock poll exercise. The matter was raised by Aam Aadmi Party's South Goa Lok Sabha seat candidate Elvis Gomes. Gomes said that during the mock poll in which 9 votes were cast for each candidate, the BJP candidate received 17 votes, Congress received 9, AAP received 8 and 1 went to independent candidates.

The Goa Chief Electoral Officer said, "Entire set of EVMs has been replaced for AC 34, PS No 31 as per report from DEO South Goa."

Kerala: At a polling booth in Wayanad, the EVM machine was not registering the vote. NDA candidate Thushar Vellappally wrote to the EC and said, "Let me draw your kind attention to an important matter. It is reported from booth number 79 - CMS Higher Secondary School, Arappatta in Mooppanad Panchayat that the voting machine is damaged. A vote is not being cast even after pressing twice."

In Phase 3, Goa, Gujarat, Kerala, Dadra and Nagar Haveli and Daman and Diu along with Karnataka, Maharashtra, Uttar Pradesh, Chhattisgarh, Odisha, West Bengal, Assam and Bihar are going to the polls.