In its biggest ever poll survey of 2019 Lok Sabha election, IndiaToday-AxisMyIndia analysed reactions from 8 lakh respondents 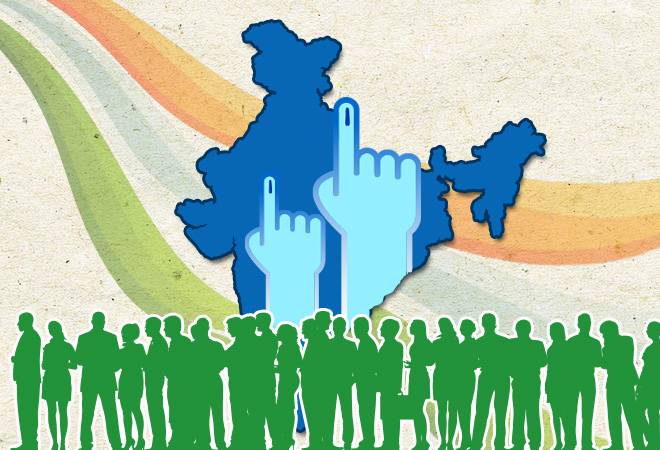 The BJP is set to dominate Uttar Pradesh Lok Sabha election once again winning up to 68 out of the 80 seats, according to the India Today-My Axis India Exit Poll. The BJP was anticipated to suffer a setback in Uttar Pradesh due to the SP-BSP alliance, but the exit poll survey suggests otherwise.

The BJP had won 71 out of 80 Lok Sabha seats in Uttar Pradesh. The UP results means the BJP, along with allies, will be in a formidable position to form the government at the Centre. Ahead of 2019 Lok Sabha elections, the Bharatiya Janata Party entered into an alliance with Apna Dal in UP, which contested on two seats.

In its biggest ever poll survey of 2019 Lok Sabha election, IndiaToday-AxisMyIndia analysed reactions from 8 lakh respondents. The survey predicts the SP-BSP along with RLD winning up to 16 seats. The SP contested on 37 seats, while BSP fielded its candidates on 38 seats and RLD fought on 3 seats.

In 2014 the Lok Sabha elections Akhilesh Yadav-led Samajwadi Pary got 22.2 per cent votes, while Mayawati's BSP won 19.6 per cent votes. The BJP, however, got 42.3 per cent votes. The Congress party's vote share in 2014 was 7.5 per cent while the grand-old party was able to garner 6.25 per cent votes in the 2017 Assembly elections in UP. To counter BJP's mega poll campaign led by PM Modi, BJP chief Amit Shah and Yogi Adityanath in UP, the Congress this time appointed Priyanka Gandhi and Jyotiraditya Scindia to oversee UP's affairs.

The first phase of the election in UP was held on a total of 8 seats, including Saharanpur, Kairana, Muzaffarnagar, Bijnor, Meerut, Baghpat, Ghaziabad, Gautam Buddha Nagar. Phase 7 polls, which were held today, saw polling in Varanasi, Gorakhpur, Chandauli, Deoria, Kushinagar, Ghazipur, Ballia, Ghosi, Mirzapur, Maharajganj, Basgaon, Robertsganj and Salempur. There are a total of 14,43,16,893 eligible voters in Uttar Pradesh, of which 7,81,88,467 are male, 6,61,20,052 female and 8,374 voters of the Third Gender. The state is divided into 6 regions: West Uttar Pradesh, Ruhelkhand, Doab, Avadh, Bundelkhand, Poorvanchal.