US oil prices fall below $0 per barrel: What really happened?

Coronavirus impact: Even as May futures steeply fell, the June futures continued to trade above $20 per barrel on Monday. 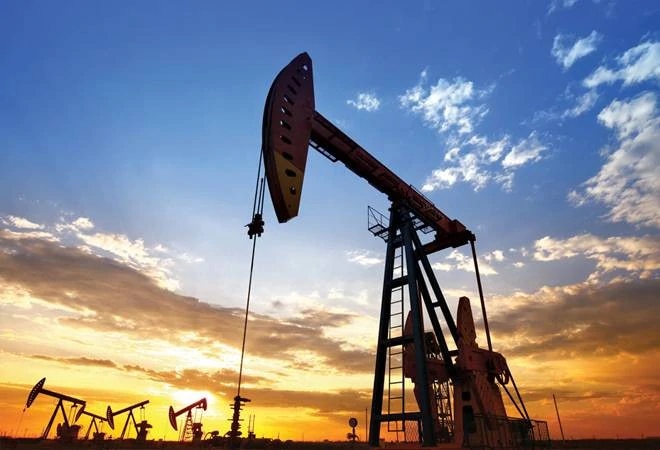 The US crude oil futures traded negative for the first time ever on Monday amid coronavirus lockdowns negatively impacting the global economic growth. The contract for West Texas intermediate crude (WTI), the benchmark for US oil rates, dropped below the $0-a-barrel level on April 20. The May crude futures ended at minus $37.63 a barrel, a 306 per cent daily fall. However, US WTI for May delivery on Tuesday crawled back into positive and was changing hands at $1.10 a barrel.

Why did the US crude oil futures plunge to record low?

Since the May futures contract expires on April 21, the traders need to find buyers to take physical possession of the oil to book profit, if any. However, amid the unprecedented global supply glut and disruptions, the sellers are not finding enough buyers. As the May contract expires at the end of trade Tuesday, investors are jittery over clearing them from the books at any cost, according to analysts. With inventory rising, the crude oil tanks at the US storage hub of Cushing, Oklahoma, the delivery point for WTI, are finding it challenging to find space to store more fuel.

On April 10, the storage at Cushing, Oklahoma, the heart of the US pipeline network, was nearly 72 per cent full, according to the US Energy Information Administration. Despite the fall in May futures, the June futures continued to trade above $20 per barrel on Monday. The crude oil prices depend on demand, quality and supply.

"The absolute collapse of WTI prices is primarily owing to the expiry of May WTI contracts, alongside the significant demand destruction due to lockdowns in several countries and supply glut in oil markets. Put simply in other words, the sellers are paying the buyers. Oil traders are unwilling to take the delivery owing to lack of storage space. In complete contrast, Brent crude prices are trading at about $25/bbl. The reason for this sharp divergence is that WTI needs to be physically delivered at Cushing, Oklahoma whereas for Brent contract, deliveries can be done offshore at multiple locations," Sugandha Sachdeva VP-Metals, Energy & Currency Research, Religare Broking, said.

"It remains to be seen if the June contract will similarly fall into negative territory as it approaches expiry at the end of May. Thus far, the US government has not changed from its policy of imposing mandatory production cuts on its oil producers, and has taken the approach of allowing natural attrition to reduce production. By mid-April, production has fallen by about 700,000 bpd, and that is clearly not enough. Expectations are that production will fall by 1.7-2.0 million bpd by end-2020. It remains to be seen if the pace of the production fall will enough to stem the collapse in price," Yaw Yan Chong, Director, Oil Research (Asia), Refinitiv, said.

Why is there such low demand for crude oil?

The oil demand has been severely impacted due to the coronavirus lockdowns across the world. The pandemic hit the oil demand by negatively impacting the economic activity worldwide. With millions of people working from home, the demand for oil has massively plunged. However, the pumps are still extracting oil which has to be sold somewhere.

"In what was previously thought unthinkable, Near month April Nymex WTI contract traded below $0 per barrel on expiry day yesterday. There was massive long liquidation as traders unwound long positions on fear of having to take delivery," Abhishek Goenka, founder and CEO, IFA Global, said. "Storage space is running out. The Brent on the other way was relatively well behaved as storage concerns are less pronounced for Brent which is drilled from the North Sea," he added.

Why didn't the OPEC deal help?

The Organisation of the Petroleum Exporting Countries (OPEC) and its allies earlier this year decided to slash oil production by 9.7 million barrels per day starting May 1. However, the deal couldn't control massive oversupply. The agreement is not enough to counter the fall in demand globally, analysts added.

What's the impact on stock market?

The domestic benchmark indices, Sensex and Nifty, on Tuesday traded in red tracking global peers, after the US oil prices slipped below $0 a barrel in overnight trade. The Volatility index, India VIX, surged 5 per cent.

"US indices closed in red amid falling oil prices and uncertainty over duration of the virus. US crude oil futures turned negative for the first time in history, ending the day at minus $37.63/barrel as traders sold because of rapidly filling storage space at the key Cushing, Oklahoma, delivery point. Back home, we expect Nifty to revisit the 9,100 mark," YES Securities said in a note.

Also read: Why petrol prices won't fall even though US crude oil costs $0