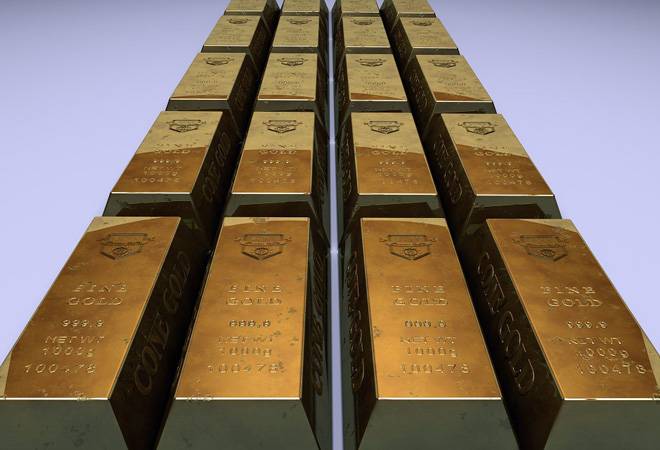 Gold prices in India fell lower, tracking bearish global trend on Tuesday backed by signs of easing tensions between the US and China.

Traders said fall in gold prices was on the back of positive global cues. Globally investors sentiments were positive on the news that US President Donald Trump is set to sign an interim 'phase one' trade agreement with China on January 15, 2020.

Ahead of the signing of phase one deal with China, the United States removed the currency manipulator label it imposed on China last summer. This was also taken as a sign of easing tensions between the two economic powers after nearly two years of the trade conflict, commodity traders said.

This was coupled with Indian rupee climbing to its 2-month high of 70.74 per US dollar, as investment risk appetite of currency traders improved further.

Recently, the yellow metal was trading near a 7-year high, with spot gold rising 2% to $1,610 per ounce, on back of rising geopolitical tensions in the Mideast.