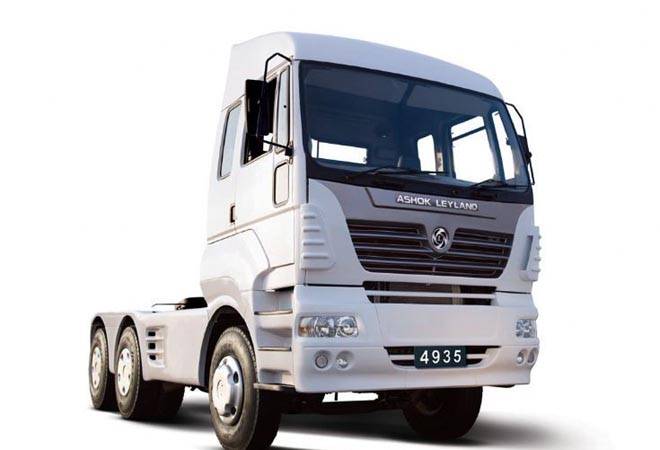 Ashok Leyland share price has fallen 40% during the last one year and lost 37% since the beginning of this year.

The mid cap stock has fallen after two days of consecutive gain. It opened with a loss of 2.94% at Rs 66.10 today. The stock of Hinduja Group firm has lost 40% during the last one year and fallen 37% since the beginning of this year.

"To align production in line with our sales, the company's plants at various locations will be observing non-working days ranging from 2-15 days during October," the company said.

Last month, the company had also observed non-working days in five plants amid falling demand for its products. The firm had said its Pantnagar plant situated in Uttarakhand would have maximum 18 non-working days this month followed by Ennore plant (16 non-working days), Alwar and Bhandara (10 days each), Hosur 1, 2 and CPPS plant (5 days).

In August, the Hinduja Group flagship firm had posted a 50 per cent decline in total domestic sales at 8,296 units.

17 of 38 brokerages rate the Ashok Leyland share "buy" or 'outperform', 10 "hold", three "underperform" and eight "sell", according to analysts' recommendations tracked by Reuters. Ashok Leyland share price was trading below its 50-day and 200 day moving average of 65.20 and 79.72 levels, respectively.

Its market capitalisation stood at Rs 18,904  crore on BSE. 23.30 lakh shares changed hands in transactions worth Rs 152.1 crore on BSE. The auto company is engaged in manufacture of commercial vehicles and related components.

Through its subsidiaries, The firm is engaged in manufacturing and trading in medium and heavy commercial vehicle, light commercial vehicles, passenger vehicles, automotive aggregates, vehicle financing and engineering design services. The firm has operations in India, Sri Lanka, Bangladesh, Mauritius, the Middle East and Africa.