Share Market Update: Infosys was the top gainer today, rising 4% on NSE. On the other hand, YES Bank was the top loser today with shares of the lender declining over 8% 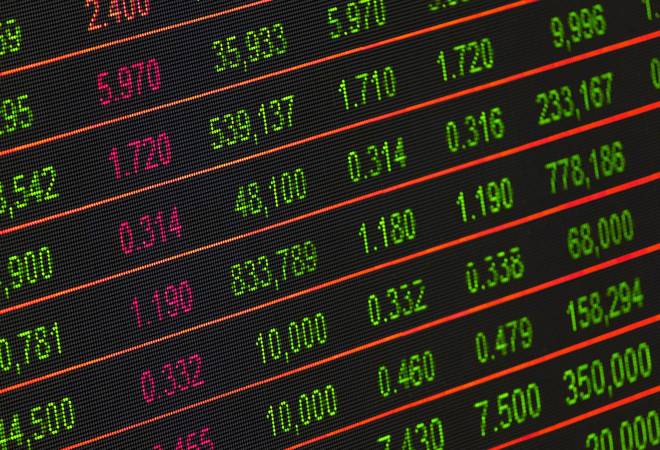 Share Market Update: Equity market indices Sensex and Nifty closed majorly positive after climbing to fresh record high levels, on account of strong global and domestic cues. After rallying to a record peak of 41,899 the 30-share BSE S&P Sensex closed highest ever, rising 259 points to 41,859 level and Nifty settled at a new closing peak of 12,329, rising 72 points by the closing bell. The broader index NSE Nifty scaled a high of 12,337. Infosys, Sun Pharma, ITC, HCL Tech, Tata Steel, ICICI Bank and Kotak Bank were among the top gainers today. On the other hand, TCS, Maruti and HDFC were trading in the red. Sectorally, all indices traded in the green territory, with IT index gaining over 1%, followed by PSU Banking and realty sector index that rose 0.50% each. Globally, stocks paused near 19-month peaks ahead of the expected signing on a Sino-US trade deal. Moreover, fall in oil price further boosted market sentiments.On the domestic front, overall sentiment was optimistic after November IIP spiked to 3-month high. On Friday, Infosys announced strong FY20 guidance, marking the beginning of December earnings season. Investors are also awaiting inflation numbers to be released later in the day.

Equity market indices Sensex and Nifty closed majorly positive after climbing to fresh record high levels, on account of strong global and domestic cues. After rallying to a record peak of 41,899 the 30-share BSE S&P Sensex closed 259 points higher at 41,859 level and Nifty ended 72 points higher at 12,329 mark. The broader index NSE Nifty scaled a high of 12,337. Infosys, Sun Pharma, ITC, HCL Tech, Tata Steel, ICICI Bank and Kotak Bank were among the top gainers today. On the other hand, TCS, Maruti and HDFC were trading in the red.

Shares of NMDC limited touched an intraday high of Rs 124.1, rising 2.52% on BSE as the company registered lease deed extension of 5,10,14,14NMZ deposits of Bailadila iron ore mines today for next 20 years. This would result in renewed 29 MT production capacity  as well as uninterrupted ore supply.

Tata Power shares were trading 1% higher on Monday after the company said that its wholly-owned arm has received Letter of award from NTPC for a 250 mw solar project worth Rs 1,505 crore. With this order, the order book of Tata Power Solar stands at approximately Rs 7,600 crore, including external and internal orders, the filing added later.

Tata Elxsi touched an intraday high of Rs 897, rising nearly 6% on BSE today after the company reported an improved earnings on a sequential basis for the December quarter. Company's profit for the qurter ended December 2019 came in 51.4% higher at Rs 75.4 crore, while its revenue was up 9.7% at Rs 423.4 crore. Company's EBITDA was 34% higher at Rs 94.2 crore & the margin stood at 22.2%.

Gold prices in the domestic market fell below 39,80 today. On MCX, February Gold futures slipped below 39,800 levels as expectations of an interim trade deal between the United States and China boosted the dollar

The Indian rupee is holding on the morning gains and trading at day's high level at 70.78 per dollar

Shares of Edelweiss Financial Services recovered from early losses and rose over 8% on Monday after the company clarified to the exchnages BSE and NSE that it has no relationship with Capstone Forex Pvt. Ltd and all allegations of FEMA (Foreign Exchange Management Act) violations are false.

Recovering from a 5% drop with the openning bell, shares of Edelweiss Financial Services climbed 8.02% to an intraday high of Rs 114.5 on BSE. The stock, therfore has traded in a wide range of Rs 13.7 today.

Benchmark indices Sensex and Nifty hit fresh all-time highs on Monday as Asian markets gained ahead of signing of a US-Chinese trade pact this week. While Sensex rose 300 points to 41,899 against previous close of 41,599, Nifty gained 81 points to 12,337.

Lupin shares touched an intraday low of Rs 743, falling 2.11% on BSE after the company said it has received a communication from the USFDA classifying the inspection conducted at its Tarapur manufacturing (API) facility between September 16 to September 20, 2020 as Official Action Indicated (OAI).

The inspection at the Tarapur facility had closed with three observations. The company does not believe that this inspection classification will have an impact on disruption of supplies or the existing revenues from operations of this facility. The company is in the process of sending further updates of its corrective actions to the USFDA and is hopeful of a positive outcome, the filing added.

Avenue Supermarts today touched an intraday high of Rs 1941.4, rising 3.44% on BSE after the Department Stores company which runs the DMart chain of stores in India, reported 53.3 percent yoy rise in net profit at Rs 394 crore for the quarter.

Company's profit before tax for the period stood at Rs 497.3 crore, a YoY growth of nearly 26%. Dmart's Net sales for the December quarter grew 24% to Rs 6,752 crore, amid weak consumer sentiment. Its EBITDA margins in Q3 came in at 8.8% , which expanded by 50 bps over the year-ago period. DMart also added 7 stores in Q3, taking its total store additions to 20 in the first nine months of the current financial year.

Tata Steel shares gained over 1% today and were trading among the top gainers on NSE after the company said it has announced that Tata Steel Netherlands Holdings BV, a wholly-owned subsidiary of Tata Steel, has executed agreementsfor the refinancing of its bank debt.

Tata Steel Netherlands Holdings has raised term loan facilities of euro 1.75 billion from 19 banks. This represents a reduction of euro 500 million versus the external debt outstanding in Tata Steel Europe as of March 2019.The fresh arrangement will enable the standalone European business to have a more robust balance sheet. The company is also putting in significant efforts to restructure and improve its operating performance, the filing added.

YES Bank shares lost over 8% to Rs 41.2 compared to the previous close of Rs 44.80 on BSE today. The lender on January 10 said Uttam Prakash Agarwal, independent director and chairman of YES Bank's Audit Committee, has resigned. Agarwal cited deteriorating corporate governance standards and compliance failure in the bank as the reason for his resignation. The lender said it was reviewing 'fit and proper' status of Agarwal for appointment on the board as directed by the Reserve Bank of India and he quit prior to the commencement of proceedings of the meeting.

Rupee opens higher at 70.82 per dollar

Infosys, Sun Pharma, ITC, HCL Tech, Tata Steel, ICICI Bank and Kotak Bank were among the top gainers today. On the other hand, TCS, Maruti and HDFC were trading in the red.

On the global front, with US-Iran tensions cooling off, market focus has shifted to the upcoming US-China trade deal signing, traders said.

Having contracted for three months in a row, the Index of Industrial Production (IIP) recorded a growth of 1.8 per cent in November mainly on account of improvement in the manufacturing sector, said government data on Friday.

As per market analysts, domestic equity market is currently tracking global markets that are also recording new highs. Market locally will be on a positive move till the February1, Union Budget day. Traders dais markets will have high expectations from the budget's outcome and any negative surprises will lead to sharp correction.

Vodafone Idea shares gained in trade although erased early losses to trade lower after the company said its board has approved modification for utilization of Rights Issue proceeds for an amount of Rs 28,261 million after the DoT granted a 2-year moratorium on deferred liabilities on spectrum payment. We wish to inform you that the Board of Directors of the company has, by a resolution dated 10 January 2020, approved the modification to the objects of the Rights Issue (as defined hereinafter), company's regulatory statement said.

Vodafone had proposed to utilize an amount of Rs 1,867 crore towards payment of certain deferred payment liabilities to the Department of Telecommunications (DoT) and repayment of certain borrowings (including interest thereon). The aforesaid amount included an amount of Rs 282 crore to be utilised as part payment towards a deferred payment liability of Rs 627 crore to DoT which was payable by 9 April 2020.

Global markets will be focusing on Washington this week, where China and the US will finally put pen to paper on their much-needed "phase one" trade deal. While there are not expected to be any major announcements at the signing, investors will be looking for signs of progress on the next part of negotiations for a wider agreement. The news of finally signing the interim phase one deal has lowered tensions between the economic superpowers and boosted hopes for the global economy.

Sectorallty, all indices traded in the green territory, with IT index gaining over 1%, followed by PSU Banking and realty sector index that rose 0.50% each.

Since the opening bell, domestic equity indices are climbing to fresh record high levels. BSE Sensex has made a fresh lifetime high of 41,866 today and Nifty climbed to the all time of 12,337.

Within minutes of Monday's opening session, BSE Sensex breached earlier all-time high of 41,822 level and made a fresh lifetime high of 41,862 today and Nifty climbed to the all time of 12,331.10, crossing its earlier level of 12,311.

On the domestic front, overall sentiment is optimistic as Nov IIP spiked to 3-month high, and rupee closed at a 3-month low below 71. Moreover, fall in oil price is likely to boost the market sentiments. On Friday, Infosys announced strong FY20 guidance, marking the beginning of December earnings season.

Globally, stocks paused near 19-month peaks ahead of the expected signing on a Sino-US trade deal. Moreover, fall in oil price is likely to boost the market sentiments.

MSCI's broadest index of Asia-Pacific shares outside Japan barely budged, while Japan's Nikkei was closed for a holiday.

BSE S&P Sensex ended 147 points higher at 41,599 and NSE Nifty50 climbed 40 points to end at 12,256. In terms of sector, except private banking, all the other indices traded higher today, with metal and realty indices gaining 1% each.