Share Market Update: In terms of sector, except private banking, all the other indices traded higher today, with metal and realty indices gaining 1% each. 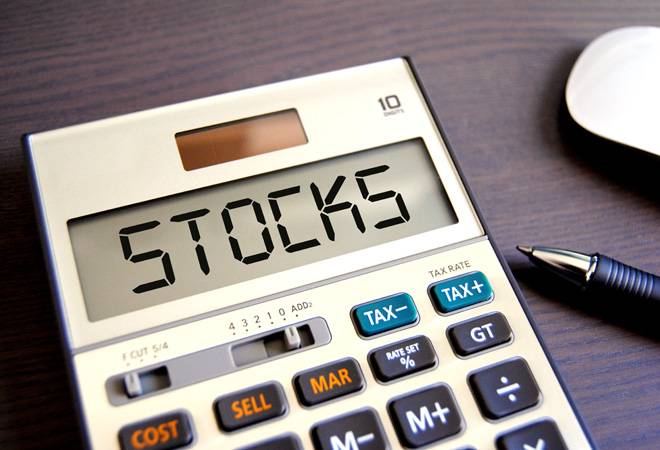 In terms of sector, all indices traded higher today, It and realty gaining the most.

Share Market Update: Equity market indices Sensex and Nifty ended 0.35% higher on Friday, led by gains in metal and realty stocks amid easing geopolitical tensions. BSE S&P Sensex ended 147 points higher at 41,599 and NSE Nifty50 climbed 40 points to end at 12,256. In terms of sector, except private banking, all the other indices traded higher today, with metal and realty indices gaining 1% each. Yesterday, amid no further fresh escalation in geopolitical conflicts in the Middle East, both the indices gained 1.5% each. Since last week, global markets have been rattled by concerns about rising tensions in the Middle East after the US killing of Iran's Major General Qassem Soleimani on January 3.

BSE S&P Sensex ended 147 points higher at 41,599 and NSE Nifty50 climbed 40 points to end at 12,256. In terms of sector, except private banking, all the other indices traded higher today, with metal and realty indices gaining 1% each.

Equity market indices Sensex and Nifty rose 0.30% higher in the last hour of trade on Friday, led by gains in metal and realty stocks amid easing geopolitical tensions. BSE S&P Sensex has risen 146 points higher to 41,599 and NSE Nifty50 climbed 43 points to 12,259. In terms of sector, all indices traded higher today, with metal and realty indices gaining 1% each.

Delta Corp shares were trading nealry 5% higher on Friday after the company said its subsidiary in Nepal was issued a licence for operating a casino in Nepal. Share price of Delta Corp rose up to 4.82% to Rs 206.25 compared to the previous close of Rs 197.15 on BSE. Delta Corp share price has risen 11.4% in two days. The stock opened with a gain of 3.58% to Rs 204.20 on BSE.

Shares of Edelweiss Financial Services dropped nearly 10% in the aftrnnon trade followinfg reports that Edelweiss Group founder and chairman Rashesh Shah was summoned by the Enforcement Directorate on Friday in connection with a Rs 2,000 crore forex smuggling racket. Shah's benami firms are under scanner the federal probe agency.

Similarly, Nifty too followed the falling trend and traded 10 points higher at 12, 225 level, compared to the 96 points rise to the lifetime high of 12,311.

The exchange bourses BSE and NSE ahave asked clarification from the lender on the matter.

Following the news that US President Donald Trump has signalled the signing of the trade deal with China on December 15 or shortly thereafter, metal stocks traded higher and were the top gainers on Friday's trading session.

The surge in indices on Friday was in line with bullish trend overseas over announcement of US and China signing phase-one deal by the next week. Further, ease in US-Iran tensions also helped improved investor sentiments.

During Friday's session, Nifty has crossed its earlier recorded all-time high of 12,293.90 and later rose to record a fresh lifetime high of 12,311, higher by 96 points to its previous close.

Equity market indices Sensex and Nifty rose 0.70% higher and traded at record highs on Friday, tracking overseas trend, led by gains in IT and banking stocks.

YES Bank up 2.2% on board meet for fundraising plans

Shares of YES Bank traded 2.2% higher on Friday, as the lender's board at its meet scheduled for today plans to discuss fundraising. "A meeting of the board of directors of Yes Bank will be held on Friday, January 10, 2020, in Mumbai to discuss and consider raising of funds," the filing added.

Infosys gains 2% ahead of Q3 result

Infosys share price was trading higher ahead of the IT major's Q3 earnings set to be announced later in the day. Share price of Infosys rose up to 1.91% to Rs 741.45 against previous close of Rs 727.55 on BSE. Infosys stock opened higher at Rs 732 and has been trading in green since then. 0.76 lakh shares changed hands amounting to turnover of Rs 5.65 crore on BSE.

28 of 40 brokerages rate the stock "buy" or 'outperform', nine "hold", two "underperform" and one "sell", according to analysts' recommendations tracked by Reuters.

According to traders, domestic equities extended gains as concerns over US-Iran standoff eased further after US lawmakers introduced a resolution on Thursday aimed at reining in President Donald Trump's ability to take military action against Iran.

World markets soared to record highs on Friday as investors looked beyond the Mideast volatility and focused on the upcoming US-China trade deal signing.

Pausing the nearly two-year trade war between the two countries, US will be signing the first phase of a pending trade deal with China on January 15.

The Indian rupee rose 7 paise to 71.14 against the US dollar in opening trade on Friday, buoyed by sliding oil prices and a firm trend at global markets.

At the interbank foreign exchange market, the rupee opened marginally lower at 71.25 but soon stabilised to trade at 71.14.

Sterlite Tech gained 4.4% intraday after company announced that Sterlite Global Venture (Mauritius) Limited a wholly owned subsidiary of STL, entered into definitive agreements to acquire 12.8% stake in ASOCS, a vRAN technology company based out of Israel. The privately held company is a pioneer in virtual Radio Access Networks (vRAN) and a provider of fully virtualized, NFV-compatible virtual Base Station solutions for Enterprise and Telco-Networks.

Fitch Ratings said removing Bharti Airtel from its Rating Watch Negative (RWN) will depend on the Supreme Court ruling on a review petition filed by telecom companies against being asked to pay backdated statutory dues after considering non-telecom revenues. Fitch assigned a rating of 'BBB-' to the company's proposed US dollar senior unsecured convertible notes.

In a separate development, Bharti Airtel's $3bn fundraising exercise has been subscribed more than three times garnering pledges of $9-10bn. Airtel is looking to raise money through a private placement of equity share & sale of FCCB as it seeks to pay more than Rs 35,500cr in statutory dues.

India's pharmaceutical market grew at a slower pace as drugmakers saw a decline in sales of anti-infective, cardiac & anti-diabetic drugs. Pharma sales grew 8.8% year-on-year in Dec to Rs 12,024 crore, slipping from a 32-month high of 14.5% in the previous month.

Brent Crude nosedived 6% to $65/bbl after it has touched yesterday high of above $71/bbl.

On Thursday, equity market indices Sensex and Nifty gained 1.55% each by the closing session, tracking overseas trend amid no further fresh escalation in geopolitical conflicts in the Middle East. Sensex soared 634 points to close at 41,452.35 and Nifty rallied 190 points to end at 12,215.90. Except IT, all the other indices closed in the green.