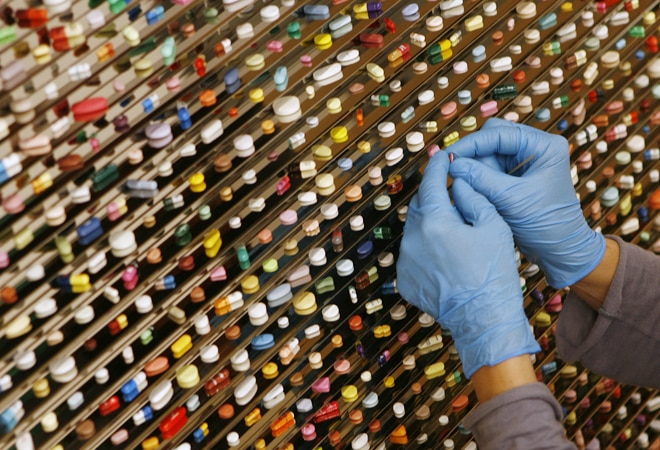 E Kumar Sharma, Associate Editor
The ban imposed by the European Union on the marketing of 700 generic drugs due to alleged manipulation of clinical trials conducted at GVK Biosciences (GVK BIO) has had a huge negative impact for some of the Indian pharma companies, apart from also hurting some leading global companies that source products from India.

"Out of the total pharma exports from India valued at $15.4 billion today our rough estimate is that this move is likely to adversely affect exports to the tune of around $1 billion," says P V Appaji, Director General, Pharmaceuticals Export Promotion Council of India (Pharmexcil), a government body. Speaking to Business Today, he says the exact position will be known in the next few days as they continue to gather the exact export value of the affected products.

About eight Indian companies and some overseas companies have been impacted by this move. While Appaji isn't able to name the companies affected, on the basis of what he has been able to gather the names would include companies like Dr Reddy's, Cipla, Ranbaxy (now part of Sun Pharma), Lupin, Wockhardt and Micro Labs, apart from few global majors like Mylan which also source from India.

The impact would of course depend on each company and its exposure to these markets. For instance, in the case of Dr Reddy's, according to its spokesperson, this ban will have a limited impact, since the whole European market contributes only about 5 per cent to the company's revenue.

In terms of the current status, Appaji says these products are already present in these markets for the past few years. Explaining the way it works, he says, companies (at the GVK BIO in this case) submit the documents after the studies to the concerned government agencies for approval of the product. Based on the market authorisations given by the European authorities, the products have been (in this case too) launched in the market and consumed without any adverse effect on health.

But now, following the ban, these companies cannot sell the products in these markets since the market authorisations have been suspended. On the way out for the companies that have been impacted, Appaji says if another study is conducted which shows that all drugs meet the regulatory requirements, then there could be a case for these EU countries to restore market authorisation. As of now, he says, "the department of commerce is aware of the serious adverse impact on Indian pharma exports and the department is reviewing the whole matter." This would include talking the concerned companies and deciding on the way forward.

As for the industry, there is a big learning in this. A senior leader from one of the companies impacted who did not wish to be identified said, "Regulatory challenges are hitting Indian companies in multiple ways. We are all as companies ultimately responsible for our quality therefore we have only to be much stronger in the vendors we use and take up the responsibility of overseeing their quality also in some cases. In this case, GVK is saying they have been unfairly targeted and say they have not done anything wrong and they are fighting it out and if they succeed its good."

Plan to sell one million units by year-end: OnePlus