How ARCs can help clean up the mess of NPA

When NPAs are going to accelerate, ARCs should be a natural choice for meaningful engagement in enhancing their functional effectiveness to deal with growing stress 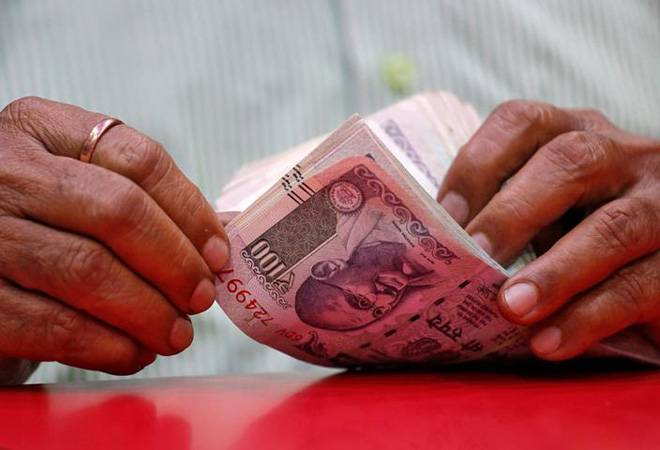 During the COVID-19 pandemic, ARC was probably the only sector that did not get any attention from any policymaker

In the aftermath of COVID-19 pandemic and severe business disruptions caused by lockdowns and negative growth in the economy, NPAs (Non-Performing Assets) in the system are set to rise exponentially as per the recently released Financial Stability Report by RBI (Reserve Bank of India).

In the baseline case scenario, Gross NPAs of the banking system may increase from 8.5% as of March 2020 to 12.5% at the end of March 21. This is an unprecedented spurt in NPAs in baseline scenario, not factoring the worst-case scenario under severe stress, when it is assessed by RBI to increase to 14.7%. The policy response to this is still under debate and various options such as extending the current moratorium beyond August 31, and/or a one-time restructuring for specific sectors or maybe the industry as a whole are being discussed, amongst others.

To quote RBI in its 'Early Recognition of Financial Distress, Prompt Steps for Resolution and Fair Recovery for Lenders: Framework for Revitalising Distressed Assets in the Economy' in January 2014, "ARCs should be construed as a supportive system for stressed asset management with greater emphasis on asset reconstruction rather than asset stripping."

Way back in 2011, a key advisory group (KAG) on ARC Sector reforms appointed by the Ministry of Finance mandated the group to make recommendations for the orderly and systematic development of the ARCs enabling them to contribute to the development of Indian economy. It also recommended that the KAG on ARCs should function as a standing committee and meet at regular intervals to review the progress and development on an ongoing basis.

The KAG had representation from regulators, industry bodies, legal firms, rating agencies, and all stakeholders. Unfortunately, the KAG stopped functioning after submitting its recommendations, and the stipulation of its continuance as a standing committee did not take off.

Against this background and in the context of a likely spurt in NPAs, first and foremost policymakers need to recognise that a well-regulated institutional mechanism is already there which can be optimally utilised.

ARCs serve a critical role in debt aggregation and obviate inter-creditor issues in a landscape of Indian banking dominated by large loans with multiple classes of lenders and different classes of security interests. In the process ARCs have developed and sharpened their skillsets, thus substantial capacity building has occurred.

The ARCs are the only entities permitted to issue security receipts (SRs) to investors that can be traded, with beneficial rights over underlying securities. The experience of almost two decades in resolution of Indian distressed debt brings out the competitive advantage of ARCs. Hence, a quick consultative mechanism may be put in place for optimal utilisation of structural effectiveness of ARCs, the issuer and issuing instrument i.e. SRs for deepening distress in the debt market.

In the last few years, there has been a trust deficit with ARCs, because of several irritants like non-redemption of SRs and suboptimal roleplay by ARCs. These are valid pain points. In the absence of a market aligned realistic price discovery, some distortions have been evident and constraints in the operating framework have limited the success in meaningful reconstruction.

There have been efforts, nevertheless, from early days of ARCs with dedicated restructuring verticals. However, as in CDR, success was few and far between. All of those are now legacy issues. All ARCs, large, medium, or small, dealing with retail, SMEs, or Corporates, have tried to make a difference to address the NPA overhang in their own ways. Now it is time to move on. Instead of ARCs being confined to look back at the rear mirror, it's time that they are allowed to accelerate their pace and move forward.

During the COVID-19 pandemic, ARC was probably the only sector that did not get any attention from any policymaker. It is overdue now to understand the constraints it (the ARC sector) is facing and steps that can be undertaken quickly to make ARCs battle-ready to face the NPA spurt.

One of the functions of the ARCs is the role of a bridge between bad debt sellers - banks and ultimate buyers in the form of investors. A little maintenance of the bridge can make the traffic flow smooth and NPA management would get a boost.

In 2009, the Raghuram Rajan Committee published a report "A Hundred Small Steps: Report of the Committee on Financial Sector Reforms". It was devoid of recommendations for any big-bang reforms. Similarly, for addressing the issue of distressed debt, big bang measures like having a bad bank or multiple bad banks, as are now being discussed, sound good, generate a feel-good factor and grab headlines. But practically a few small steps in tweaking some regulations and deregulating ARCs can be done as a solution to address growing NPAs. These few small steps by policymakers can help reap great dividends to the macroeconomy as a whole without any further loss of time. These measures include:

1. Review of existing provisioning norms for banks on NPA sales to ARCs

3. A special loan product for ARCs and a liquidity window

5. Autonomy in raising and deployment of funds

6. Removing areas of unease in doing business, including rationalisation of transaction costs and

7. Widening the eligible investor base

These measures, of course, are illustrative and not exhaustive. The first step is to have an interaction with ARCs and all related stakeholders quickly in a structured framework. Get, Set, and Go.