By validating the crypto proposition in a controlled environment, regulators will be better positioned to understand the concept and gain empirical insight to design appropriate guidelines.

Given the wide-reaching implications of cryptocurrencies it is critical for the government to determine how best to regulate them.

This engagement of market participants, 42% of which is contributed by institutional investors, indicate that the cryptocurrency market in India is large enough and likely to sustain in the long run, regardless of the uncertainty and market fluctuations. 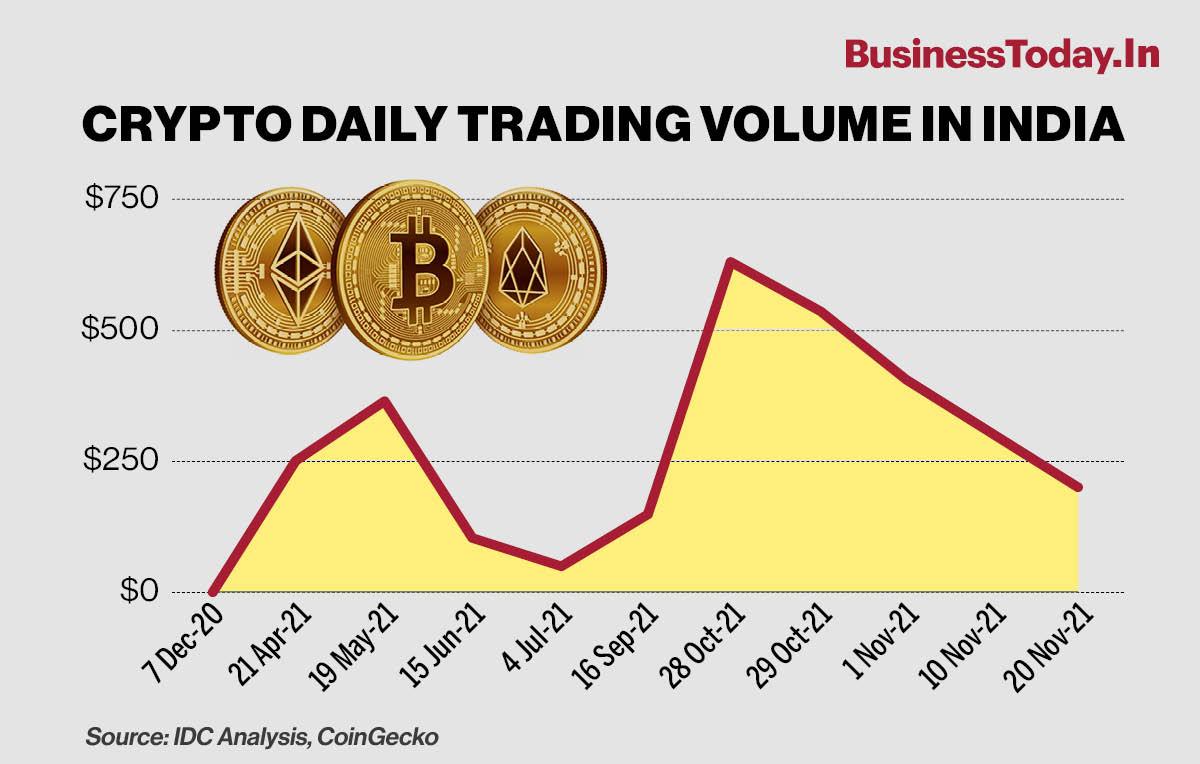 Despite the aforementioned fact, the government is working towards drafting a bill seeking a potential ban on cryptocurrencies, through the Cryptocurrency and Regulation of Official Digital Currency Bill, 2021 which reads - "To create a facilitative framework for creation of the official digital currency to be issued by the Reserve Bank of India. The Bill also seeks to prohibit all private cryptocurrencies in India; however, it allows for certain exceptions to promote the underlying technology of cryptocurrency and its uses."

The said description indicates the government's apprehension about cryptocurrencies as against the temperament to cautiously explore its potential benefits.

Although premature, India appears to have taken a cue from countries like China, Turkey and Nigeria rather than the USA, South Korea or the UK, which are trying to place cryptocurrencies within their existing legal labyrinth to better leverage the opportunities arising out of the same.

The motivation to regulate cryptocurrencies swings to either side of extremes, especially in the absence of clarity on how the same will unravel over a period of time.

As governments weigh the pros and cons of cryptocurrencies, it is important for the policymakers to decide whether they would like to take the easy route of prohibition or take time to comprehend cryptocurrencies, strategically leverage them and actively foster their development.

As the latter comes with its own consequences, it is critical to evaluate the regulatory tools available at the disposal of the authorities.  That being said, the distributed, somewhat anonymised and global nature of cryptocurrencies creates unconventional regulatory constraints.

Also Read: Zerodha's Nikhil Kamath on what the next decade will bring for cryptocurrencies

However, there are a range of tools that the authorities can utilise to standardise the cryptocurrency market. The tools can be specific for each of the focus areas, ranging from protecting financial stability to consumer protection and controlling illicit or illegal activities, by providing selective legitimacy to the cryptocurrencies just short of the standard function of money.

Financial Stability - The total market value of all the cryptocurrencies surpassed $3 trillion in early November 2021, though the volatility in the crypto market didn't have a significant impact on the financial stability, its potential implication on the economy can't be underestimated.

Besides, threat to fiscal policy, even the seigniorage on fiat currency may also decline with increasing adoption of cryptocurrencies.

To address these challenges. policymakers must focus on areas of acute risks, such as exchanges, private wallets and financial institutions exposures/engagements within the crypto ecosystem.

Consumer Protection - Due to inadequate disclosure and oversight, consumer protection remains a grey area in the crypto ecosystem. According to the International Monetary Fund (IMF), "More than 16,000 tokens have been listed in various exchanges and around 9,000 exist today, while the rest have disappeared in some form. For example, many of them have no volumes or the developers have walked away from the project. Some were likely created solely for speculation purposes or even outright fraud."

In response to such risks, policymakers can mandate registration or licensing for different market participants and products besides widespread investor education programmes through financial intermediaries and other agencies.

Many jurisdictions have already initiated action or issued public warnings over the past few months, such as the central banks of Argentina, Mexico, and Thailand, which prohibited exchanges from offering tokens with certain characteristics.

Controlling illicit and illegal activity - There is a common belief that the cryptocurrency market is rife with illicit activity. However, barring some high-profile incidents like 2017 the Wannacry ransomware incident or the 2013 illicit Silk Road darknet market incident, criminal activity in the cryptocurrency space has fallen from 2.1% in 2019 to less than half a per cent in 2020.

However, it cannot be denied that the anonymity surrounding crypto assets creates data gaps for regulators and can open unwanted doors for money laundering, as well as terrorist financing.

To address the illicit use of cryptocurrencies, controls can be focused on firms offering access to them. It is worth noting that most consumers and investors do not directly own or trade cryptocurrencies as an estimated 99% of transactions are performed through centralised exchanges which are either already covered by AML/CFT regulations or can be brought under the same.

Going by the development it may not be far-fetched to assume that cryptocurrencies are here to stay.

Given the wide-reaching implications of cryptocurrencies, it is critical for the government to determine how best to regulate them. One of the most effective approaches to design a pragmatic regulation is through a regulatory sandbox.

Similar to fintechs, regulators can adopt a sandbox model to validate not only crypto offerings but also the economic impact on key focus areas.

By validating the crypto proposition in a controlled environment, regulators will be better positioned to understand the concept and gain empirical insight to design appropriate guidelines.

As a matter of fact, the cryptocurrency ecosystem provides an opportunity to create regulatory innovation by transitioning to a more transparent and effective regulatory framework.