FDI in aviation not a solution for debt-ridden sector

The government had been dragging its feet on foreign direct investment (FDI) in aviation, but it suddenly seems keen to fasttrack the same. The reasons for this change of heart are manifold.

Ashok Kumar
Globally, aviation stocks have, by and large, been non-performers at the bourses. In India, things have been no different, in fact, even worse. The sector was all but forgotten at the bourses when the news of Kingfisher Airlines being down and out for the count surfaced. The news didn't really surprise, given the company has long been saddled by a disproportionately large debt burden and mounting losses.

Aviation turbine fuel (ATF), a key component of the operating costs of aviation companies, comprises over 40 per cent of the raw material costs. Thus, every uptick in the price of crude oil hurts the operating margins of carriers, both full service and low-cost. It also aggravates their already debt-burdened balance sheets.

This is reflected in the disastrous last quarter where the financial performance of all the listed aviation firms took a nosedive. 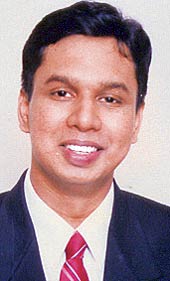 Ashok Kumar
Aggravating matters for the sector is the predatory pricing policies of aviation companies keen to expand their market share, lack of proper infrastructure facilities for repairs and maintenance and a low yield per seat.

What can save Mallya's Kingfisher Airlines?

With an ailing Air India (AI) selling tickets below cost price, other private sector players are affected as their ability to pass on the rising costs to the passengers, stands curtailed. Thus far, the government had been dragging its feet on foreign direct investment (FDI) in aviation, but it suddenly seems keen to fasttrack the same. The reasons for this change of heart are manifold.

To start with, the government and the Prime Minister want to shed the tag of policy paralysis.

Then, there is the issue of desperately needing FDI to shore up the sinking Indian rupee.

Last but not the least, far from being in trouble, Kingfisher Airlines has the Centre sweating for its survival given that its collapse will leave deep crack lines in the banking sector. Two of the country's largest banks, State Bank of India (SBI) and ICICI Bank, have huge exposure to Kingfisher, which has ominous implications.

Mind you, we are not even talking of the financial mess that AI has landed itself and its lenders into.

Given how crucial the banking sector is to the growth story that the government and private sector players love to propagate at 'jamborees' in cold climes, the collapse of even one large bank would be a nightmare scenario that the government would like to avoid at any cost.

But is FDI in aviation the elusive panacea for this sector? Methinks not. It will at best help sweep the prevalent muck under the carpet and defer the pain by a couple of years.

Now, is there a political strategy involved here? After all, who would not like to leave behind some land mines for an advancing enemy?