Tata vs Mistry: What SP Group's exit from Tata Group means for shareholders and investors

Whether the ensuing corporate tussle between the Tata Group and the SP Group will see the SC uphold the rights of a shareholder to pledge their shareholding or from being forced out by the majority, remains to be seen 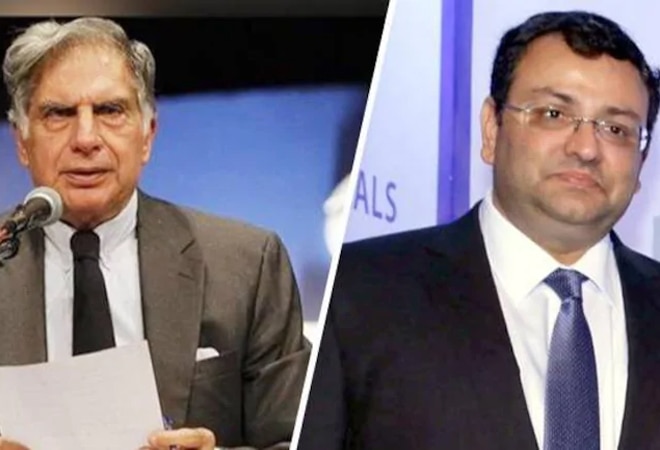 The current face-off between the Shapoorji Pallonji Group (SP Group) led by Cyrus Mistry and the Tata Group could be a watershed moment in the history of corporate law in India. (File photos of Ratan Tata and Cyrus Mistry)

The current face-off between the Shapoorji Pallonji Group (SP Group) led by Cyrus Mistry and the Tata Group could be a watershed moment in the history of corporate law in India. While a larger corporate battle between the two shareholder groups has been ongoing, the current proceedings in court bring out new legal issues relevant to shareholder groups and financial investors in India.

A fundamental legal question that has arisen in this case, is whether the creation of an encumbrance in the form of pledge of shares in favor of a third-party lender would constitute "transfer"?

The common law jurisprudence is clear that shares are movable property and like any other movable property carry with it an intrinsic right of the shareholder to mortgage or pledge such shares for securing a loan, unless agreed otherwise contractually.

However, fundamentally, all the rights and benefits attached to the shares otherwise remain with the pledgor or borrower. Therefore, from a legal perspective, it is only upon invocation or enforcement of the pledge that the pledgee becomes the beneficial owner and no residuary interest in the pledged shares survives in the favour of the shareholder.

Mere creation of encumbrance only creates an interest in the shares in favour of the pledgee and does not by itself completely transfer ownership of the shares from the pledgor to the pledgee. The Supreme Court (SC), however, in its preliminary observation, in this case, had stated that a pledge may not amount to a full transfer but was indeed a limited transfer of shares.

This interpretation (though in a preliminary observation and unless set aside subsequently) could open the door to similar challenges and more shareholder disputes.

While the Articles of Association of Tata Sons do not specifically restrain any member from creating an encumbrance on its shareholding, the articles do have specific restrictions in relation to the transfer of shares.

Interestingly, certain judicial pronouncements have stated that a pledge may not have the effect of transfer, particularly if under the articles of the company, the company shares have to be offered first to the existing members and on their refusal to any outsider, whom directors would approve.

In practice, courts have also upheld the right to first refusal of a shareholder and allowed shareholders to enforce such rights in connection with a proposed sale of shares in a company upon invocation of a pledge created by another shareholder in favour of lenders.

The NCLAT order (which has been currently stayed by the SC) had restrained the Tata Group from exercising its rights under Article 75 against the SP Group. Minority squeeze-out provisions under Indian company law require a shareholder to make an application to the National Company Law Tribunal (NCLT) to take out minority shareholders, with the NCLT needing to approve such an arrangement between shareholders after following due process.

Impact of a Court decision on the above issues going forward

Pledging the shares of investee companies by a shareholder is a common method adopted by shareholders when looking to raise funds for corporate expansion or restructuring plans undertaken by shareholder groups.

Such limitations on fund raising on corporate groups whose finances and revenues have been adversely impacted by the COVID-19 pandemic could be damaging.

While other shareholders in the company may have a legitimate right to protect their interests in the company by imposing restrictions on the transferability of shares in their shareholders' agreement, a shareholder should be permitted to raise some liquidity against a pledge of its investments in economically challenging times like these.

Shareholders typically negotiate their shareholder agreements to allow them to pledge their shares in the company subject to (i) approval of the other shareholder; and (ii) rights of first of refusal contemplated in such shareholder agreements and other terms and conditions mutually agreed. It is possible that Tata Group's concern emanates from a potential scenario where it may be forced to pay a higher value to purchase SP Group's stake in Tata Sons if such shares are being transferred by SP Group's lenders (upon invocation of pledge) to a private equity investor or multinational corporation prepared to pay a premium for SP Group's stake in Tata Sons.

The SC has for now issued a status quo order regarding the transfer and pledging of shares until the final hearing on October 28, 2020. The top court's judgment could potentially have far-reaching implications for the rights of shareholders (minority shareholders in particular) to pledge shares of their investee companies.

Going by news reports in the media, it does look like the SP Group is keen to offer its stake in Tata Sons to the Tata group for sale in the event that it is unable to pledge its shareholding soon enough to raise funds for its own business.  This outcome could end up having the desired result for the Tata group too, making it a win-win for both groups.

Whether the ensuing corporate tussle between the Tata Group and the SP Group will see the SC uphold the rights of a shareholder to pledge their shareholding or from being forced out by the majority, remains to be seen.

While carefully drafted shareholder agreements should help to enforce rights of shareholders and minimise the need for a long-drawn-out court process, some corporate battles such as this one, involving highly reputed shareholder groups and years of history, collaboration, and relationships attached to them may favour an amicable resolution to the dispute keeping long term business interests in mind and relationships intact.

Are India's tough rules on investments from neighbours discriminatory?