The story of two cities and two cyclones

Natural disasters like floods, cyclones, heat waves and forest fires are going to be more frequent and vicious in the future. 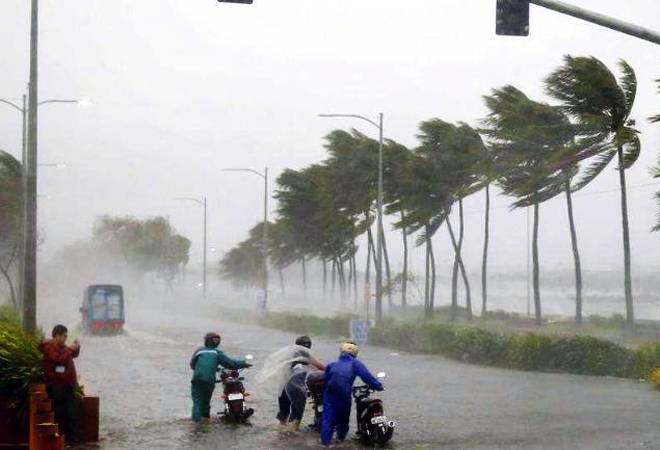 It was last year on September 16th, Sunday that typhoon (as cyclones are called in these parts of the world) Mangkhut hit Hong Kong with a top speed of 175 km/hr. The same typhoon had earlier hit Philippines on its way with wind speeds of up to 250 km/hr and caused widespread damage. By the time the storm hit Hong Kong, it was less ferocious but still ranked as one of the worst typhoons experienced by Hong Kong since at least 1943. One of the most intense storms in Hong Kong's history caused a record storm surge, uprooted some 1,500 trees, and left hundreds of windows smashed all over the city. The damage was "serious and extensive", and the number of calls for help, or reports of injury, was as much as five times higher than when typhoon Hato battered Hong Kong in August 2017.

The Hong Kong Observatory said the intensity of the storm, which required a typhoon signal No 10 to stay in place for 10 hours, was the most powerful since records began even though the eye of the storm remained 100 km away from Hong Kong itself. The maximum sustained winds near the centre once reached 250 kilometres per hour when Mangkhut had made landfall in the northern Luzon region of the Philippines. It killed 79 people and injured hundreds affecting 7 lakh families and over 30 lakh people.

For Hong Kong, the wind speed luckily had dropped to 175 km/h. Between 1,400 and 1,500 people sought refuge at government shelters on Sunday, five times the record in the past. While there were no deaths, about 394 people were injured. The police received 20,000 calls for help on Sunday, compared to about 6,000 they receive on a normal weekend. Hong Kong is a city of about 74 lakh people living in a very dense area no bigger than greater Bhubaneswar region currently hit by the very serious cyclonic storm Fani.

Also read: Waste controlling in India- Is it really happening?

As I watched the typhoon Mangkhut rage from my university staff quarters, it was amazing to see the destruction to the trees outside through the glass windows. Equally impressive was the fact that there was no power cut or disruption to the internet connection, let alone water supply or emergency services. The next day was a working day and I could walk to the University with some difficulty as the emergency crew were still clearing the footpaths, but everything was more or less back to normal. The only disruption was at the metro stations as the government had not declared a public holiday, and everybody wanted to get to work. However, the underground rail service - MTR was not yet ready to run normal service. After one-day of disruption to public transport, life returned to normal for this amazing island nation (an autonomous region within the People's Republic of China), where the resilience of the infrastructure and the system against natural disasters like typhoons has to be seen to be believed.

Compare this with the very serious tropical cyclone Fani packing similar winds as Mangkhut that made landfall near the coastal pilgrim town of Puri on the morning of 3rd May. While Odisha is no stranger to natural calamities and cyclones, in particular, the outcome couldn't have been more different. Unlike in the case of the super-cyclone that hit Odisha coast in the year 1999 and killed over 10000 people, recent cyclones have caused far fewer casualties. Thanks to the construction of cyclone shelters all along the coast and the efficient relocation of vulnerable population to the shelters by the local authorities, the zero casualty target of state government has been rightly praised internationally. While the government remains focused on minimising the loss of life, the post-cyclone recovery of normal life has been woefully inadequate. In spite of the best efforts by the government, the death toll had exceeded 40 at the time of writing and was likely to go up as the rural hinterland is yet to be reached by the rescue crew.

Even after 72 hours of the cyclone large regions around the capital city of the state and pilgrim town Puri remained without power and water supply. With a large number of telecommunication towers destroyed, mobile communication and internet remain patchy at best. Long lines to collect water, withdraw cash at a few functional ATMs and gasoline at working petrol pumps have become the norm for the residents of the so-called SMART city. The situation in the rural parts of the region is likely to be worse and yet to be properly assessed. To the credit of the government, main roads have been cleared of fallen trees quite efficiently thanks to the Odisha Disaster Rapid Action Force (ODRAF) and National Disaster Response Force (NDRF). The essential services to less damaged areas in districts like Ganjam, Bhadrak, Jajpur, Kendrapada etc have been restored quite efficiently. But districts of Cuttack, Puri and Khurda have lagged behind due to heavy damage to vulnerable infrastructure.

Many may think comparing Hong Kong with Bhubaneswar is a bit unfair. However, it appears to be mainly a matter of priorities that results in these contrasting outcomes. World class cities like Hong Kong have built solid infrastructure over the years keeping in mind the frequent typhoons it must withstand. Bhubaneswar in comparison has chosen to build a SMART city on top of a rickety basic infrastructure always vulnerable to collapse in a disaster situation like a cyclone. Organising hockey world cup and building sports infrastructure is a higher priority rather than robust water supply and drainage system. If the death toll could be reduced from thousands to a handful, why can't the city be made more resilient against disasters? A resilient urban system responds to an emergency effectively and gets back up on its feet rapidly. Bhubaneswar is supposed to be part of climate resilient cities of India, but the aftermath of the cyclone Fani completely exposed the inadequacies of its preparedness or rather lack of it.

Besides moving people to shelters, the following key basic precautions prior to the cyclone would have mitigated the damage to a large extent. First and foremost, essential services such as Airport, Railway Station, hospitals and control rooms of the government should have been kept functional with their own power back up, telecommunication links and water supply.

Also read: Why you shouldn't have 'fill it, shut it, forget it' approach to life insurance

Secondly, all structures including trees, power poles, the scaffolding of the Jagannath temple and other heritage structure etc. should have been secured to the extent possible against the force of strong winds. The backbone of the power-supply system and key installations must be designed and built to survive the worst possible disasters. Sufficient stock of back-up generators with fuel, machinery and equipment to cut and clear debris, large manpower on standby in nearby districts to be deployed would have ensured rapid relief and restoration.

While rebuilding, the authorities must pay attention to building quality and robustness rather than going for lowest cost suppliers, particularly when it comes to the core infrastructure facilities which are essential to prevent complete collapse as was experienced. A simple choice like cyclone resistant pre-stressed spun concrete poles are a far better choice over regular iron or RCC poles that break easily (1,40,000 were damaged in the current cyclone) in every cyclone leading to huge and critical disruption.

Ongoing climate crisis and ecological breakdown are leading the world to uncharted territories. The best available scientific research is suggesting that planet earth is approaching an irreversible tipping point as soon as 2030. Natural disasters like floods, cyclones, heat waves and forest fires are going to be more frequent and vicious in the future. Its high time this emergency is treated as such on all levels for humanity to have any chance of securing ourselves a survivable future.

Also read: How to ward off hostile takeovers

Also read: Move on, Masood: Why China threw its favourite terrorist under the bus

(The author is a civil engineering professor of the Biju Patnaik University of Technology [BPUT] in Odisha currently visiting Hong Kong University ofScience and Technology [HKUST] as a Research Scholar.)