It is estimated that more than a million people suffer from end-stage organ failure, but no more than 3,500 transplants are performed annually 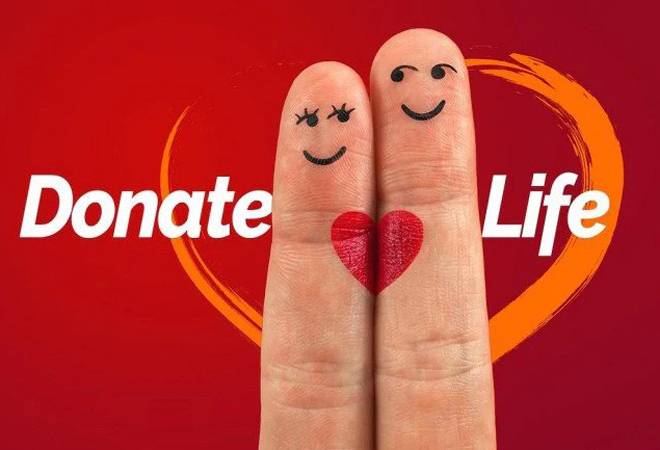 Bold decisions in the interest of the nation are becoming the new normal in India, they signal a resolute determination to decline anything less than the very best for every Indian. This change in attitude underlines a commitment to bring about positive societal change along with the courage to face obstacles if any, along the course.

In life, there is possibly nothing more unfortunate than the inability to avert a preventable fatality. It is estimated that more than a million people suffer from end-stage organ failure, but no more than 3,500 transplants are performed annually. Organ transplantation is the medical procedure that could have saved them giving them a second lease of life.

August 13 is celebrated as 'World Organ Donation Day' and is dedicated to motivate people to pledge to donate their organs. Organ donation is probably the noblest way to living beyond one's death and giving another person, a new lease of life. Do bear in mind that no one is too old or too young to be a donor as anyone above the age of 18 years can pledge to donate their organs.

Every single day, at least 15 patients die waiting for an organ and every 10 minutes a new name is added to this waiting list. India is struggling with an acute shortage of organs for transplantation and the numbers highlight the yawning gap between the number of organs required and the organs available for transplantation. This gap is very unfortunate as organs from an individual can save up to 8 lives. According to estimates, almost a quarter-million await a kidney transplant, but no more than 5 per cent actually can get one. The situation is worse for heart transplants.

Organ Donation is saving a donor's organs like heart, liver, kidneys, intestines, lungs, and pancreas, after the donor dies, for the purpose of transplanting them into another person who is in need of an organ.

In spite of being the second most populous nation in the world, the organ donation rate in India is one of the lowest globally with only 0.8 per million people opting to donate their organs.

While over the last five to six years, there has been an increase in the number of donors, yet as the base is very small, the impact too is quite low.

Several cine celebrities, sportsmen and business captains have supported the cause and their backing has certainly furthered the movement.

In particular, the southern state of Tamil Nadu has been aggressively promoting and supporting the cause of organ donation. It was the first state in India that made the declaration of brain death mandatory.

Alongside whenever needed, citizens, traffic police and government bodies come together in a concerted manner to create green corridors, which are special routes created to enable harvested organs reach the intended hospital waiting for it, as quickly as possible.

Likewise, a successful case in point is that of Singapore. Their organ donor policy assumes all citizens above 21 to be willing donors unless they have registered for an opt-out.

Likewise, several European nations too have 'presumed consent' legislation. Given the situation with regard to organ donation in our nation, I am hopeful that India too will witness a path-breaking regulatory change for organ donation.

It is important that we realise the enormity of the situation, its impact and many more people must step up for the cause of organ donation. India must acknowledge those who pledge their organs, as it will motivate others to follow suit.

When one pledges their organs, it represents their life-giving action which can change someone's life after their demise. It is sharing the gift of life. So put simply, the more the number of donors, the greater would be the likelihood of organs being available for a patient in need.

The Creator has given human beings the most intricate body - one that is truly priceless. In a study done by Prof Harold J. Morowitz at the Yale University, he estimated that to create the human body, it would cost more than six thousand trillion dollars - that's 77 times the GDP of the world and this is without the intuitive intelligence that we are all blessed with.

So, one would agree that it is vital that we should not only cherish our priceless bodies, but also preserve life for the future, by donating organs.

A life saved is a life blossoming to its fullest potential. In November 2018, we celebrated the 20th anniversary of India's first successful liver transplant surgery, which was performed at Indraprastha Apollo Hospitals, New Delhi.

In 1998, a twenty-month Sanjay Kandasamy had a part of his father's liver transplanted into him. Now the energetic 21-year old man is training to become a doctor.

I am hoping that soon, our nation's leaders institute regulation wherein everyone automatically donates their organs after their lifetime, unless they specifically opt-out of it.

How to deal with differences, conflicts in family business