Reliance Jio set to replicate the success of China Mobile

At the end of 2014, China Mobile's customer base reached 807 million, representing a growth of 5.1 per cent from the previous year, of which 4G customers accounted for 90 mn. 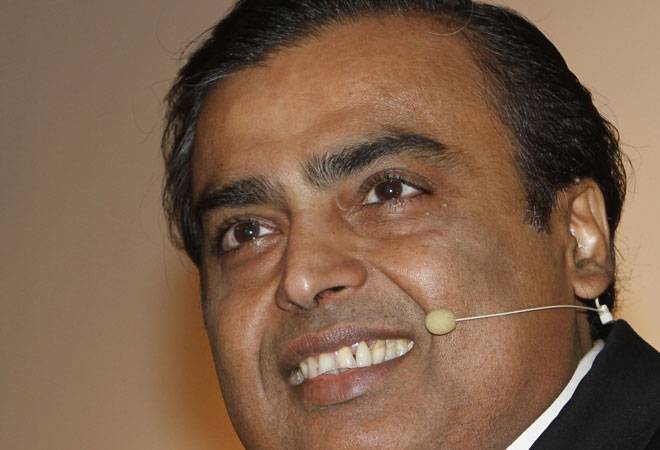 Nevin John, Senior Editor, Business Today
Reliance Jio (RJio ), the 4G venture of Mukesh Ambani' s Reliance Industries, looks to copy the success of China Mobile as the countdown begins for the launch of the service at the end of this financial year. "We are now building another Reliance in the consumer space. Data will be the new oil for RIL ," says an executive close to Ambani.

At the end of 2014, China Mobile's customer base reached 807 million, representing a growth of 5.1 per cent from the previous year, of which 4G customers accounted for 90 million. Its voice services revenue went down by 13.1 per cent, while data services revenue shot up by 22.3 per cent. In addition, the revenue from mobile data traffic went up by 42.9 per cent. RJio is eyeing such growth in India.

"You need to have roads, cars and destinations for reaching out to people. Similarly, in the telecom space, road means infrastructure, cars are devices and the destinations are common - communication. We have the best technology and advanced infrastructure. Jio is like a mall. In that ecosystem, partners will come together and build solutions in healthcare, education, money, entertainment and cloud," says the RIL executive.

ALSO READ: Telcos ready to battle it out for India's 4G data market

Romal Shetty, Partner and Head, Telecom Services at KPMG in India, says that for China Mobile, LTE deployment was more an upgrade of existing 3G networks than deployment of new network technology. "One of the key reasons was that China Mobile was operating its 3G networks on Time Domain Duplexing (TDD) schemes. The LTE deployments were also TD-LTE. The main rivals of China Mobile (China Unicom and China Telecom) had the challenge of deploying TD-LTE networks while their 3G networks were predominantly Frequency Domain Duplexing (FDD) based. This advantage enabled China Mobile to provide extensive LTE coverage in shorter time frames as opposed to the competition."

Rahul Agarwal, Senior Consultant, Information & Communication Technologies Practice at Frost & Sullivan says that China Mobile's success can be attributed to the fact that it has been able to provide an enhanced user experience to its subscribers on the TD-LTE network. "Speed achieved by TD-LTE is much higher than what China Mobile achieved on its TD-SCDMA network and this has been critical for engineering the turnaround. China Mobile has experienced a surge in its TD-LTE subscriber base and looks good to continue doing well," he says.

RJio bought the TD-LTE spectrum in 2010 and will be happy to replicate the success of China Mobile in India, says Agarwal. "The initial concerns are that, as compared to Frequency Division Long Term Evolution (FD-LTE), the device ecosystem for TD-LTE is not very developed and that only a small fraction of LTE devices launched by vendors globally support this technology (TD-LTE), which may no longer be relevant. Also RJio intends to launch cheap devices to ensure that this concern is taken care of," he adds.

In 2014, China Mobile promoted the transformation from voice-centric to data-centric operations. The average handset data traffic per 4G user in a month reached 780 MB. The 4G network has gradually become the major data carrying network in China. For the network, the group cumulatively deployed 720,000 4G base stations, which cover a population of more than one billion, leading to continuous nationwide coverage in almost all cities and counties as well as data hotspot coverage in developed rural towns and villages. RJio will put up 75,000 towers during the time of launch to cover around the same population, in addition to the 2,50,000 route km of optical fibre that it has laid. It plans to double the optical fibre footprint in next three years to cover its total licensed area.

China Mobile launched a series of 4G featured services including lossless music, high definition videos and high-speed games, and found out new business models such as data traffic sharing and corporate-sponsored data traffic. In addition to the networks, Ambani has drawn up a strategy for content and applications, also unlike other players. Before the end of the year, the fashion and lifestyle formats of Reliance Retail will roll out its e-commerce initiative in sync with Jio's business. Reliance's e-commerce initiative in grocery, reliancefreshdirect.com, would be scaled up to serve new markets. 'Jio Chat' will integrate chat, voice, video calling, conferencing, file sharing and photo sharing.

Another, 'Jio Drive' will bring cloud capabilities to smart phones. Using this application, anyone can store, sync and share any content between devices. Jio team buys the rights of most of the new movies to instantly available on their mobile platform. 'Jio Play', 'Jio Beats' and 'Jio Mags' are the other planned offerings. Jio has operationalised nearly half a million square feet of its own next-generation cloud data centres. It plans to have an end-to-end initial capacity to serve in excess of 100 million wireless broadband and 20 million Fibre-to-the-Home customers.

"Jio's capacity created is more than the 4G network capacity in the US. We are trying to change the life of the individual," says the RIL executive. Unlike 2G, the new telecom war will not be about network, but also about devices and content. Airtel has tied up with vendors such as Xiaomi and Lenovo for low-end devices, and Apple and Micromax for high-end devices. It has deals signed with music and movie content providers. RJio is in talks with 28 mobile and tablet manufacturers, including Apple, Samsung and Micromax. It may also sell self-branded compatible devices.

With MAM Ramaswamy's death, who will control Chettinad Group legacy?

What Chennai floods tells us