On April 17, Jet Airways ran out of cash (and luck!) and temporarily halted its operations - first international, then domestic - after failing to secure additional funding from its lenders 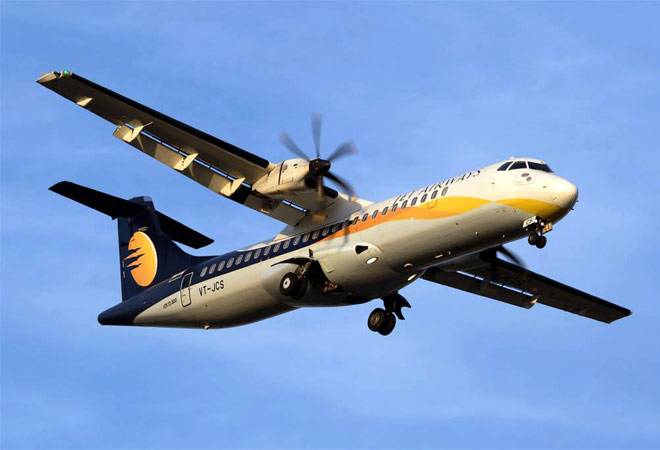 With Jet Airways' lenders turning off the faucet, it seems that the bankers are not expecting suitors to have keen interest in acquiring the airline.

Last May, Jet Airways approached Business Today for a story on airline completing 25 years in the skies. Jet promised access to its otherwise-inaccessible top management if BT sticks to the airline's journey story. We declined the offer politely. Since then, Jet came tumbling down. An airline that was celebrating its silver jubilee last year is now staring at a shutdown, sine die. In 2016, BT did a big story on Jet when the airline struggled its way back to profitability after four years of losses (Fresh Dawn) but these turnaround stories will soon become part of the airline's requiem. The latest BT cover story explores the possibilities of Jet Airways' revival (That Sinking Feeling).

On April 17, the airline ran out of cash (and luck!) and temporarily halted its operations - first international, then domestic - after failing to secure additional funding from its lenders. Jet owes Rs 8,500 crore to its bankers, about Rs 3,000 crore to vendors, airport operators and fuel companies in addition to the pending salaries of its strong workforce of 16,000. In the absence of sufficient funds, the airline and its lenders is pinning hopes on the bidding process that will conclude on May 10.

The question remains that whether Jet Airways will be able to fly again, ever? With Jet's lenders turning off the faucet, it seems that the bankers are not expecting suitors to have keen interest in acquiring the airline. To express interest in Jet doesn't mean anything except that some entities are more willing than others to weigh the pros and cons of acquiring Jet and sit across a table with lenders to haggle for a troubled asset.

Bankers understand this, and therefore, are playing sensibly because a running airline would have definitely fetched them higher valuation than a grounded one. Unlike a dead elephant whose tusk is worth more than an alive elephant, an airline is worth as long as it is flying. Its market share, customer base, and brand have immense value for potential buyers. But lenders are not sure if they can actually pull off a deal.

The danger of a possible inquiry in future could also have scared lenders to tighten the purse strings. Throwing good money to flog a dead horse can raise hackles, as it had happened in the Kingfisher Airlines' case. It would be easy to throw lenders under the bus as they are in full control of the airline after giving a trouble-free exit to its founder Naresh Goyal last month.

For suitors, it has come down to how low they can drive the valuation of Jet Airways. In SpiceJet's case, Ajay Singh bought the airline for Rs 2 and scaled down the debt significantly. People are expecting a similar situation at Jet when the bidding process starts. The (reportedly) initial interests shown by TPG Capital, Indigo Partners, Etihad Airways, and sovereign fund NIIF (National Investment and Infrastructure Fund) have to be looked at on a case-by-case basis.

Abu Dhabi-based airline Etihad, which currently owns 24 per cent in the airline, was keen on bailing out Jet Airways in January on some conditions: Goyal should be removed from the board, his stake should be lowered to 22 per cent and exemption from the SEBI's regulations on open offer and preference pricing. Etihad isn't in a good shape at the moment - it posted $1.3 billion losses in core airline operations in 2018, however, its interest in airline through EoI (expression of interest) is an indicator that airline might take over Jet if the SEBI norms can be modified and valuation reduced. Being a foreign carrier, Etihad's stake in Jet cannot go beyond 49 per cent but the airline can still be the largest shareholder taking key decisions for Jet.

Global PE firms TPG Capital and Indigo Partners have historically been evaluating investments in the Indian aviation sector. Their entry remains elusive, though. TPG, for instance, wanted to invest in Air Deccan before Kingfisher bought the low-cost carrier in 2007. TPG was also interested in SpiceJet and IndiGo at some points but the transactions never materialised. Globally, TPG has investments in Continental Airlines, Rynair, Qantas whereas Indigo Partners, which specialises in LCC market, have controlling stakes in US-based Frontier Airlines, Wizz Air, Volaris and JetSMART. These firms are perhaps scouting for steep bargains in the distressed airline and could bring down the valuations to significantly lower levels.