The dealerships have reportedly stopped accepting pre-orders for the base petrol and diesel trims of Maruti Suzuki Ertiga, giving rise to speculations. 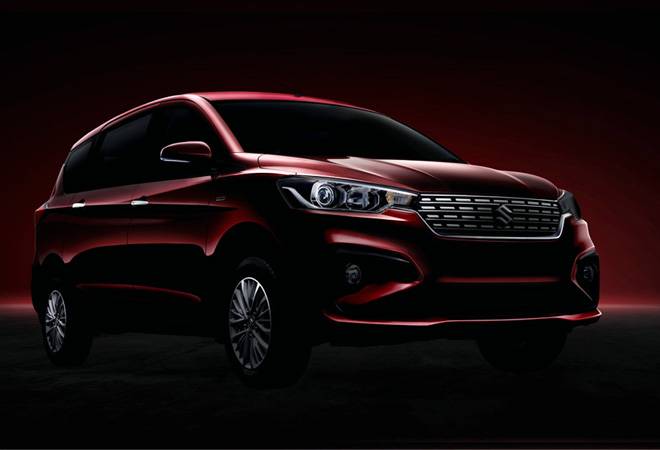 Maruti Suzuki has reportedly discontinued the base petrol and diesel variants of its MPV Ertiga. The dealerships have stopped accepting pre-orders for LXI and LDI variants, the base petrol and diesel trims respectively, of Maruti Suzuki Ertiga, according to a report by CarAndBike. This has given rise to speculations that these variants have been discontinued. However, Maruti Suzuki has not confirmed any such move. Maruti Suzuki launched the second generation of Ertiga in India last year in November. The latest iteration of the MPV by the biggest auto manufacturer in India has been a hit since its launch.

The petrol variants of the new Maruti Suzuki Ertiga are powered by the new 1.5-litre K15 petrol engine, which can dish out max power of 77kW at 6,000rpm and max torque of 138Nm at 4,400 rpm. The new petrol engine has been fitted with Progressive Smart Hybrid technology with a Lithium ion battery for improved fuel efficiency.

The diesel variants of the 2018 Maruti Suzuki Ertiga comes with a 1.3-litre DDiS 200 diesel engine, also featuring smart hybrid technology. The motor can produce 66kW of max power at 4,000 rpm and 200Nm of max torque at 1,750 rpm. According to Maruti, the petrol engine with manual transmission can deliver fuel efficiency of 19.34 kmpl, whereas variants with automatic transmission can cover 18.69 km for every litre of fuel. On the other hand, company claims the mileage for the diesel variants of Ertiga to be 25.47 kmpl.

Underpinning the new Maruti Suzuki Ertiga is the fifth-generation HEARTECT platform formed out of high tensile steel for a studier construction and better absorption and dispersion of crash energy. The second-generation Ertiga is also 40 mm wider, 5 mm taller and 99 mm longer than the outgoing model. With an increase in dimensions, the car now has more legroom and a more comfortable third-row seating.

On the outside, the new Maruti Suzuki Ertiga features a fresh chrome-studded grille and sleek, projector headlamps on higher trims. The rear end of the car has also been transformed with a bolder 3D taillight cluster. Inside the cockpit, the second-gen Maruti Suzuki Ertiga has a sculpted dual tone dashboard with coloured TFT screen which shows the vital information about the car. It also has a 17.8 inch touch infotainment system with AppleCarPlay, Android Auto and Mirror Link for connectivity. These are again available with the higher-placed variants.

MG Hector to be India's first SUV connected to internet, launch expected in May