German sports carmaker Porsche has brought the executive version of its four-door Panamera - blend of a sports car and a luxury saloon - to India at a price of Rs 2,05,76,000. It has a 150 millimetre longer wheelbase, and an extended range of equipment. 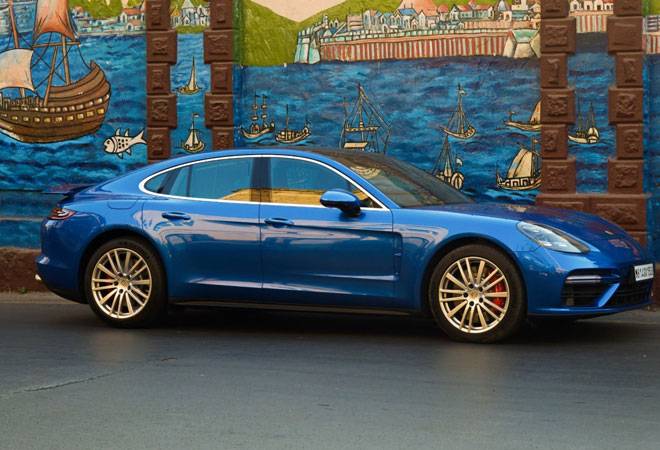 German sports carmaker Porsche has brought the executive version of its four-door Panamera -  blend of a sports car and a luxury saloon -to India at a price of Rs 2,05,76,000. It has a 150 millimetre longer wheelbase, and an extended range of equipment.

In its second generation, the Panamera has been redeveloped with modifications to the engine, transmission, chassis and overall design concept. The new model further extends the boundaries between an ambitious sports car and a comfortable cruising car with a rear axle steering, electromechanical roll stabilisation and a three-chamber air suspension.

Speaking at the event, Pavan Shetty, Director Porsche India, said: "In the new Panamera, our customers and enthusiasts will experience a fundamentally redesigned car with new turbo engines, sharper exterior design and intuitive interior. The Turbo model launched here today is more powerful than its predecessor, whilst also significantly improving fuel economy and reducing emissions. As a result, this four-door saloon is a unique offering and an embodiment of comfort, performance, luxury presented in the most beautiful form."

New engine and transmission
Panamera Turbo engine has been redesigned to produce more power. The new 4.0-litre twin-turbo V8 develops 550 hp at 5,750 rpm, with a maximum torque of 770 Nm between 1,960 and 4,500 rpm. It has 30 hp more than its predecessor. It accelerates to 100 km/h in 3.8 seconds, while with the Sport Chrono Package the sprint time is down to 3.6 seconds.

New design philosophy
The recognisable sports car aesthetics, which make up the typical Porsche flyline, in the new Panamera include pronounced shoulders, athletic flanks and an extremely fast roof line that is 20 mm lower at the rear. LED headlights and larger wheels also add to a sporty look.

Sharpened exterior includes a completely new front-end design, with a crossbar in the radiator grille emphasising the car's width and an arrow-shaped bonnet that features a prominently contoured powerdome. Panamera's four-door coupé distinguishes it from a conventional saloon.

Features, such as the three-dimensional LED rear lights that include integrated four-point brake lights ,interconnected by a narrow LED strip, result in a distinctive night design.

Executive version - Luxury Chauffeur Saloon
The Panamera Turbo Executive is equipped with various standard features, including a large panoramic roof, comfort seats with multi-way electrical adjustment in the front and rear, and roll-up sun blinds behind the headrests in the rear.

The model also offers four-zone climate control and ambient lighting as standard. For enhanced comfort in the rear, customers can choose from a range of optional equipment, such as the newly developed large rear centre console, which can also be equipped with two integrated folding tables.