International flights suspended: The government has, however, said that international scheduled flights may be allowed on selected routes by on case to case basis 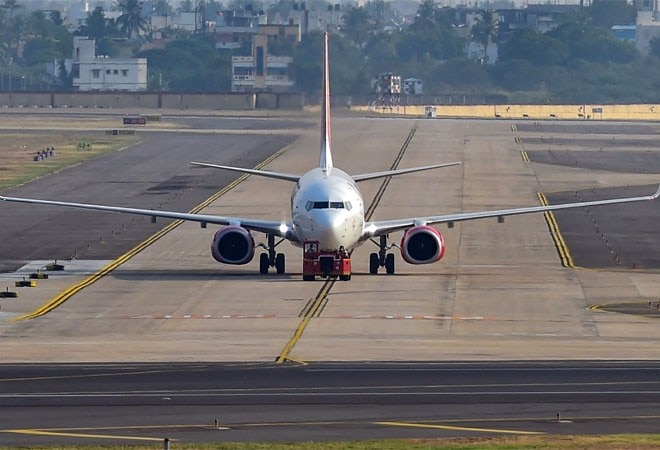 These restrictions will not apply to international all-cargo operations

The scheduled international commercial passenger services to or from India will remain suspended till July 15, the aviation regulator said on Friday. The government has, however, said that international scheduled flights may be allowed on selected routes by the competent authority on case to case basis.

"In continuation of the circular date 30.05.2020 on the subject cited above, the competent authority has decided that Scheduled International Commercial passenger services to/from India will remain suspended till 23.59 hrs IST on 15th July, 2020," the DGCA (Directorate General of Civil Aviation) said in a statement.

These restrictions will not apply to international all-cargo operations and flights specifically approved by the Directorate General of Civil Aviation.

Earlier, it was expected that the government might soon approve air travel on selected international routes from July. Recently, Union Civil Aviation Minister Hardeep Singh Puri had also said that regular international flight services could be resumed when the domestic traffic would reach about 50-60 per cent and other countries would open up to international traffic without present conditionalities.

"We can start regular international flights when our domestic traffic reaches about 50-60 per cent and other countries open up to international traffic without present conditionalities," Puri had tweeted.

After two months of long hiatus, domestic flights' operations resumed on May 25 but international flights have continued to remain suspended. Recently, Prime Minister Narendra Modi, in his latest video conference with the states' chief ministers, charted out the final course of action to fights the COVID-19 pandemic. He clearly mentioned that there wouldn't be another lockdown in July.

E-passports: How are they different from regular ones?