Infra cos to see execution pick up in Q4, rising costs a concern: Nomura

Nomura warned that lockdowns in some cities and states because of the sharp rise in COVID-19 cases could arrest the momentum seen in new orders. 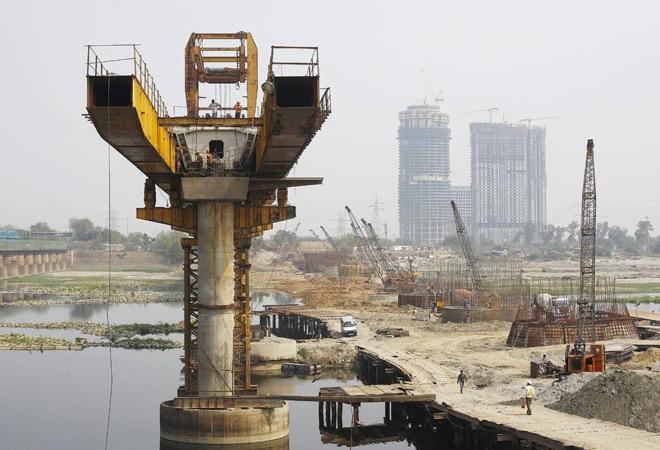 L&T, KEC International, and road construction companies are likely to report a pick-up in execution during the March quarter.

Infrastructure companies are likely to report a pick-up in orders and execution in January-March quarter of the fiscal year 2020-21, but rising commodity costs and ocean freight rates could hit their margins, brokerage firm Nomura said in a report.

Nomura said companies under its coverage like L&T, KEC International, and road construction companies are likely to report a pick-up in execution during the March quarter, driven by further lowering of COVID-19-linked restrictions, improved labour availability, and seasonal factors.

"Based on order inflows announced we expect strong momentum in order inflows observed in 3QFY21 to continue into 4QFY21 as government pushes to stimulate the economy," it noted.

However, the brokerage firm warned that lockdowns in some cities and states because of the sharp rise in COVID-19 cases could arrest the momentum. Besides, contractual workers have also started migrating back to their home states from states severely impacted by coronavirus, it said.

"The restrictions could impact companies such as Cummins India with one single location at Pune, as well as L&T, with significant share of projects in affected areas like Maharashtra," it said.

India is currently battling a second wave of COVID-19. The country reported 3,52,991 new COVID-19 cases and 2,812 deaths because of the infection in the preceding 24 hours as of Monday morning.

To curb the spread of infections, states like Maharashtra and Delhi are currently under lockdown, while restrictions like night curfews and weekend lockdowns are in place in many other states.

Nomura said a sharp rise in commodity costs and ocean freight rates could also lead to pressure on the EBITDA margin of companies in the near term, which may sustain into the first half of the fiscal year 2021-22. Commodity prices have been rising sharply since late 3QFY21 and more so in 4QFY21 with current steel prices at all-time peaks of Rs 60,000 per tonne against levels of around Rs 45,000 per tonne in Q3.

"These costs may impact EBITDA margins for companies which have overseas fixed price contract exposure like L&T and KEC International. The rise in diesel prices to peaks also impacts near-term EBITDA margins," the brokerage firm said.

The companies will also be under further cost pressure owing to a rise in ocean freight rates to almost three times 3QFY21 levels by January 2021. Besides increasing commodity prices, this could impact industrial companies such as Cummins India and AIA Engineering, Nomura said. However, it said freight rates have been witnessing a slow but steady decline since their peak in January.