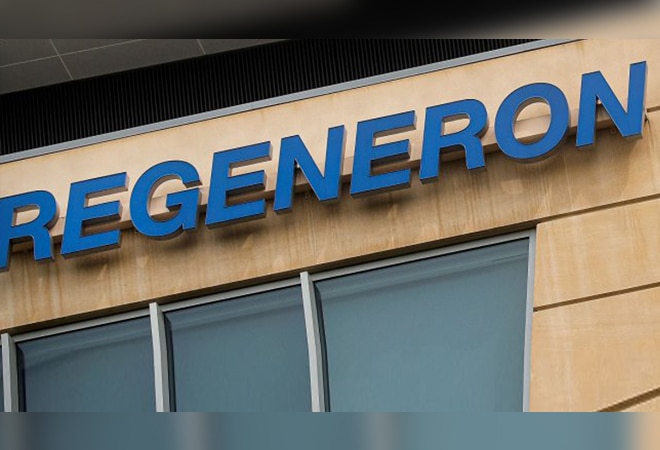 The US government in June awarded Regeneron a $450 million supply contract for up to 300,000 doses of the antibody cocktail

Regeneron Pharmaceuticals's coronavirus drug is in demand after US President Donald Trump called it a life saver.

In a video, Trump credited the Regeneron therapy for his early recovery from coronavirus and said he would push for emergency use of authorisation of the treatment that he was given in the hospital.

Trump, who was admitted at Walter Reed National Military Medical centre on Friday, had received "a single 8-gram dose" of Regeneron's monoclonal antibody cocktail. Trump left for the White House on Monday after spending three nights at the hospital.

However, top US infectious disease expert Dr Anthony Fauci expressed suspicion that Regeneron's drug has contributed to Trump's recovery. "You can't prove that until you do a number of studies to show that it actually works," he said.

All you need to know about Regeneron

Regeneron's antibody cocktail is known as REGN-COV2. It is a cocktail of neutralising antibodies, that attach to the coronavirus spike protein, preventing it from using its viral machinery to hijack cells.

The cocktail was developed in mice that had been genetically modified to have an immune response similar to humans.

Trial results for the first 275 patients showed the biggest effect in patients who did not create high levels of their own antibodies against the virus. That suggests the REGN-COV2 could help patients whose own immune system is not strong enough to combat the virus, Regeneron said.

The drug is part of a class of biotech therapies known as monoclonal antibodies. Several companies are using the technology to manufacture copies of human antibodies to the new coronavirus.

Regeneron believes its dual-antibody formula will limit the ability of the virus to escape detection and attack. The cocktail is also being studied in three more Phase 3 trials, assessing its utility in various stages of disease. It wouldn't be made available unless it received an emergency use authorisation from the FDA.

The US government in June awarded Regeneron a $450 million supply contract for up to 300,000 doses of the antibody cocktail.