Reliance JioFiber official launch: Price, offers and how to register 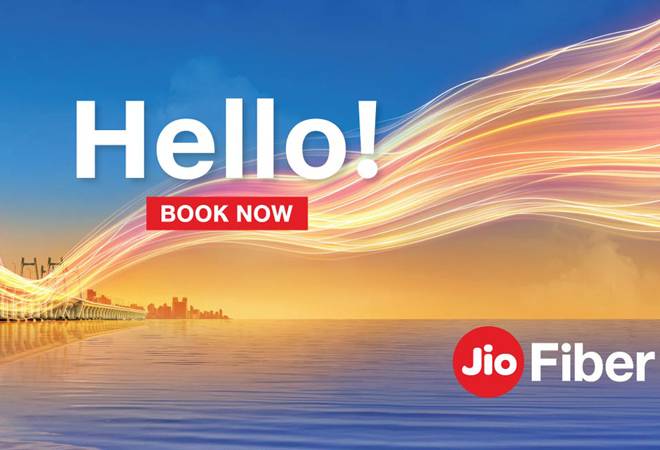 Reliance Jio will officially roll out its JioFiber broadband service on September 5. After a year of beta-testing, the launch date for JioFiber was announced at the Reliance Industries' annual general meeting (AGM) last month. Some announcements about tariff details, launch offers and JioFiber features were made during the AGM.

JioFiber would be a bundled broadband service with speeds ranging between 100Mbps to 1Gbps. Bundled services would include high-speed internet, television services and access to premium OTT platforms, a fixed-line international calling service, alternate reality and mixed-reality experience, and gaming capabilities.

Reliance Jio is also bundling some offers with the JioFiber plans, which even include a free 4K or HD LED TV and a free 4K set top box. Users will be able to access OTT platforms from the JioFiber platform, along with the JioCinema, JioTV and JioSaavn apps from its own bouquet of apps. To top it all, JioFiber also plans to bring the 'first day, first show' service, which would allow certain users to watch movies from the comfort of their home on the day they are released.

Below is a low-down on JioFiber plans, how to register for the service and launch offers:

While exact details about the JioFiber tariffs would only be known after the commercial rollout of the service, the plans for the broadband service would begin from Rs 700 and go all the way to Rs 10,000 for premium users. The internet speeds would start from 100Mbps for the Rs 700 plan, and would go all the way up to 1Gbps for the Rs 10,000. With its regular tariff plans, Reliance Jio is also likely to announce annual plans called the Jio Forever Plan.

Users would have to pay a security deposit of Rs 2,500 for the JioFiber router, whereas the installation is free. It is not clear whether this would include the price of the set-top box or not, which Reliance claims has enough hardware capabilities to even support 4K gaming. We might even see post-paid plans for JioFiber in near future.

Under its Welcome Offer, Reliance Jio is offering free 4K JioFiber set-top box and a free 4K or HD LED TV or a PC to subscribers of annual JioFiber plans. Reliance is also offering free installation of broadband services for first few services and subscribers would only have to pay the security deposit.

How to register for JioFiber

Registrations for JioFiber are open at the official Jio website. Under the first step of registration, you will have to enter your address and confirm the same on a map. Then you would be asked to fill in your full name, mobile number and e-mail ID. After filling in the details, click on 'Generate OTP'. An OTP would be sent to your registered mobile number, entering which would confirm the registration for JioFiber.

ALSO READ:Jio Fiber registration: How to get fiber broadband connection with 100 Mbps speed