Apple iPhone 11 vs OnePlus 7T Pro: OnePlus has already fired shots at Apple for the lack of "new" features. OnePlus criticised Apple by pointing out to a key feature that iPhone 11 series doesn't have - the 90Hz refresh rate 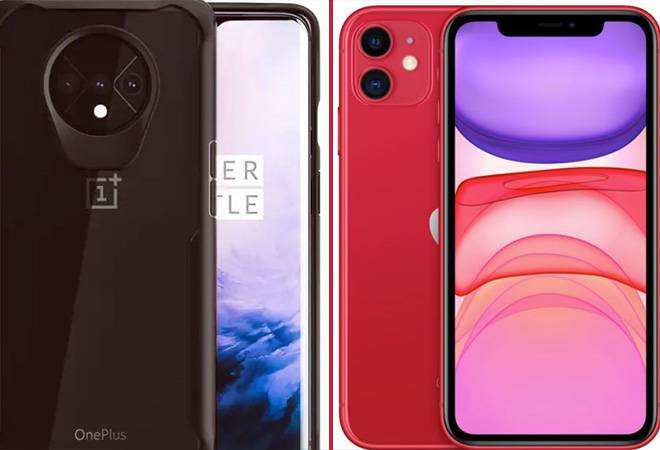 Apple launched new state-of-the-art iPhone 11 for Rs 64,900 ($699 in the US). But what if you prefer the Android world and want a phone that could rival the iPhone 11? Samsung comes to mind straight away, but it lacks the vanilla Android experience of OnePlus that has won many fans over the years. The OnePlus 7 Pro is going from strength to strength and the release of the new OnePlus 7T Pro is around the corner. Earlier, OnePlus 7 Pro was launched in the US for $669 (Rs 48,999 in India) and expectations are rife that OnePlus 7T Pro will stick around in the same price range.

OnePlus has already fired shots at Apple for the lack of "new" features. OnePlus criticised Apple by pointing out to a key feature that iPhone 11 series doesn't have - the 90Hz refresh rate. OnePlus 7 Pro was launched earlier in the year with a high-refresh-rate screen, a welcome achievement for smoother animations, scrolling and so on.

The upcoming OnePlus 7T Pro will most likely run Qualcomm's Snapdragon 855+ SoC, and may have a larger 3,800mAh battery and triple rear cameras. As per leaks, OnePlus 7T Pro will feature a 6.7-inch 2K Super AMOLED display with a pop-up camera. At the back, OnePlus 7T Pro is expected to come with the triple camera setup with a 48MP primary sensor, 16MP ultra-wide camera and an 8MP telephoto camera. Apple's iPhone 11, on the other hand, comes with a screen size of 5.8-inch and has an all-new A13 Bionic chipset. It features a 12MP wide-angle lens and a 12MP ultra-wide lens. According to many, the new iPhone series is just an upgraded version of the last year's hardware with focus on the camera. However, iPhone 11 only comes with dual cameras unlike the triple camera setup expected in OnePlus 7T Pro.

However, an Apple iPhone cannot be judged based on raw specifications. Apple's complete control over software and hardware ensures that iPhones can hold their own against higher specced Android smartphones. Apple phones have always achieved more with less. Also, if you are a part of Apple's ecosystem, then moving to the Android world may be a tad difficult.