Privacy-focused search engine DuckDuckGo has called Google out for its latest replacement of web cookies - FLoC. It says that Chrome users should opt-out of it immediately as it is just another way of user data collection. 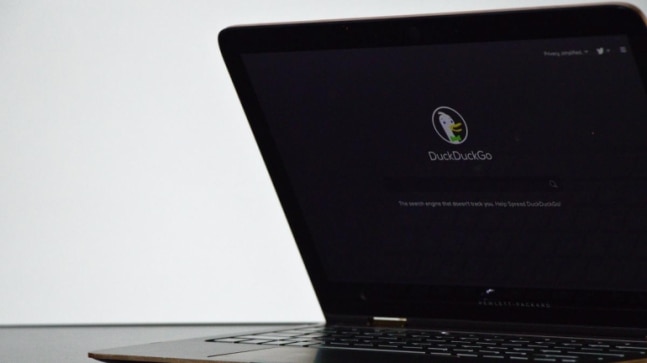 Privacy has gained apex importance in today's increasingly digital world. The attention has brought powerful changes to the way the internet majors now work. An example is Google's latest tracking method called FLoC, which Google says will bring more privacy in its data collection methods for its advertisement space. DuckDuckGo, however, does not approve of it.

In a new blog post, privacy-centric search engine DuckDuckGo has spoken out against the use of FLoC by Google on its web browser Chrome. It says it is just another tracking method by Google and blames the tech major for not giving an option to Chrome users to opt-out of it.

FLoC is the latest effort by Google to introduce more user privacy in its data collection for directed advertisements across its platforms. Short for Federated Learning of Cohorts, the program comes as an alternative to browser cookies and aims to cluster "large groups of people with similar interests." This means that FLoC will be used to collect individual user data anonymously, as part of a larger group.

The idea is to effectively hide an individual "in the crowd." Google says that FLoC can help keep a person's web history private on the browser, as they use on-device processing.

In its new post, DuckDuckGo disagrees, to the point that the search engine major has announced a countermeasure to FLoC. It has released a FLoC blocking feature to its own extension that is included in version 2021.4.8 and newer of the DuckDuckGo extension. The company says that the extension should update automatically or you can check it within the Chrome extensions list.

DuckDuckGo argues that even though FLoC categorises individuals into groups based on one's browsing history, any website can target the user through it by attaining the group FLoC ID. FLoC is hence, "bad for privacy," it asserts.

Known for its own privacy features, DuckDuckGo points out that Google has started the program for all its users automatically. This means anyone on Google Chrome, currently logged in to a Google account, is being traced through FLoC now. Any way to opt-out of FLoC is "somewhat hidden and conflicting," it says.

It highlights that the FLoC IDs will also be accessible by third-party trackers lurking on websites.

The company calls such a practice as the enabler of "manipulation, discrimination, and filter bubbles that many people would like to avoid," regardless of the process.

In part, this is not different from what Google says about FLoC. Though the tech major propels their use, it ensures advertisers "at least 95% of the conversions per dollar spent when compared to cookie-based advertising." It calls FLoC an effective replacement for third-party cookies. Since the main purpose of both is to enable targeted advertisements, data collection is taking place in the process for sure.

The thing to note here is that Google's use of FLoC comes as a part of a larger push towards more user privacy - a collection of proposals named Privacy Sandbox. In addition to FLoC, the company has published a new proposal called Gnatcatcher, which talks of a way to mask someone's IP address to protect that person's identity. There is hence, a chance that the FLoC might work in tandem with these proposals towards a more private web.

But as things stand for now, Google seems to be pushing the FLoC to its users as the only way forward. If there is no way to opt-out of it, FLoC might soon replace web cookies as the reason for creepily targeted ads.

For those who still want to continue using Chrome, DuckDuckGo advises a couple of possible ways to opt-out of FLoC. It says that changing the Chrome and/or Google settings might help users stop FLoC use on their browser. Another way is to stay logged out of Google accounts, not sync history data with Chrome or create a sync passphrase.