WT.Social started out with the similar noble premise on which Wikipedia was set up, that is, to create a free online encyclopedia that is open and publicly editable 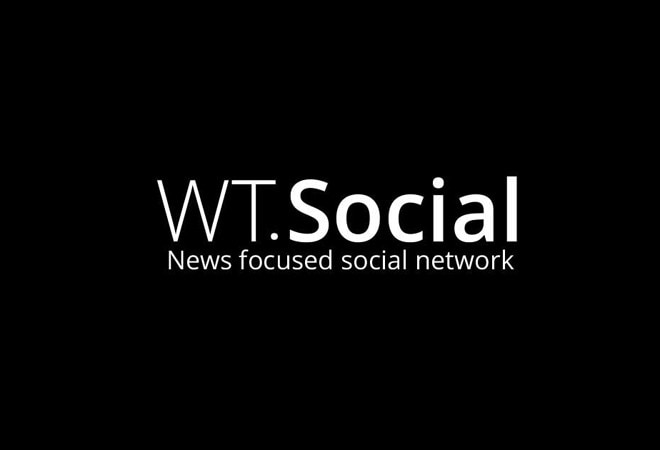 When digital marketer RP Singh, Chief Curator, Content Marketing Summit Asia (CMS Asia), registered for the new social media platform WT.Social, he was in for a surprise. There was a waiting list of 1,00,706 people. It wasn't a queue to get freebies for early sign-ins but to join the new ad-free social network by internet entrepreneur Jimmy Wales, who co-founded Wikipedia.

In times when users are looking beyond the Facebook and Twitter, WT. Social seems to be a healthy alternative. The reason is simple. It started out with the similar noble premise on which Wikipedia was set up, that is, to create a free online encyclopedia that is open and publicly editable.

WT.Social's page starts with an aim to set right what Facebook and Twitter are struggling with - fake news and user privacy. It says, "We will foster an environment where bad actors are removed because it is right, not because it suddenly affects our bottomline." In doing that, it says, WikiTribune wants to be different.

Facebook and Twitter have been trying hard to solve the problem of misinformation, albeit unsuccessfully. Any platform that will be able to do that right will be a winner in the first go.

But, there have been platforms in the past that gained buzz in the initial phase claiming to be ad free, but fizzled out eventually. Some have been successful but couldn't achieve scale and just lingered on. Decentralised social network Minds and open-source self-hosted social networking Mastodon have stayed small. According to Minds profile on crowd-sourcing site WeFunder, it has 2,00,000-plus monthly active users and 12.5 lakhs registered users.

One reason could be because these platforms are a bit technical and cater to sophisticated users. For instance, Mastodon doesn't look like either Facebook or Twitter. "It is like moving from a Bajaj scooter to an electric two-wheeler directly," says Singh of CMS Asia. "The social media platform that will offer the next stage of evolution or modification over the existing ones is more likely to make it big," he says.

The feed of WT.Social is a lot like Pinterest with four horizontal grid of sections or 'subwikis', which one may keep scrolling down.

Siddharth Deshmukh, Senior Advisor and Adjunct Professor at MICA, says that the "ad-free and non-toxic nature of their social media platforms can be their undoing." He explains that people are on social media not for plain communication but also entertainment. The first generation of social media platforms flourished because there is an inherent desire to know the juicy gossipy content and be amused. "If that is removed, it might affect engagement levels and may not translate into large scale adoption," he says.

But where WT.Social is different is it isn't coming from a group of tech developers or a company but an opinion leader like Jimmy Wales, feels Singh.

Whether Wales' experiment succeeds or not, the birth of more such platforms will push other social media platforms to pull up their socks.