Offering options to consumers, HP has once again introduced Chromebook in the Indian market. Claiming to reinvent the PC experience for modern, Gen Z consumers, the new Chromebook is powered by Chrome OS with access to Android apps. 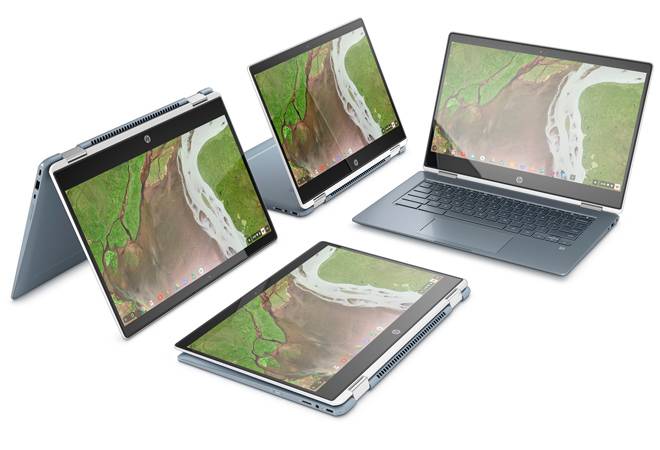 Chromebooks have existed for a while but has picked up only during the last couple of years.

Offering options to consumers, HP has once again introduced Chromebook in the Indian market. Claiming to reinvent the PC experience for modern, Gen Z consumers, the new Chromebook is powered by Chrome OS with access to Android apps. Available in one model for now -- Chromebook x360 (i3 and i5 variant), prices start at Rs 44,990.

Commenting on the revival of Chromebooks in India, Vickram Bedi, Senior Director, Personal Systems, HP Inc says, "The Chromebook x360 ushers in a whole new era of computing in the Indian marketplace, which as you know, is dominated by Gen Z. We are one of the youngest countries when it comes to demographics, and we're getting younger by the day. On top of it, India has more than 90 per cent share of Android. As the generation is growing up using Android, which makes this product suitable for their needs. The other insight we had about these users was that they're not just into one particular thing, they're multitasking a lot longer in a shorter time. So they want to have something which plays very nicely with their smartphone with an ecosystem."

Chromebooks have existed for a while but has picked up only during the last couple of years. Talking about the sudden popularity of Chromebooks, Bedi avers, "As I understand Chromebooks already have 20 per cent market share in the US and more than 60 per cent in the consumer education category. This resonates the fact that the usage of Chromebooks is real. Other than education and Gen Z, it should also pick up in other areas where people are not so friendly with technology because you can localise very easily in local languages such as Hindi; anybody who is pretty much using a smartphone can use a Chromebook. Also, you've got voice and touch to work with it, and it's got touch."

HP's Chromebook x360 is a convertible that can be used in four modes - laptop, tablet, stand and tent. The Chromebook comes has a 3D metal chassis in a white matte look. It features a 14-inch diagonal full HD touch display and has ultrathin narrow bezels at 7.5mm. The machine also comes with custom-tuned Bang & Olufsen dual speakers. The laptop is powered by Intel Core 8thGen processor with 64 GB of SSD storage for fast processing and boot time, and up to 8 GB of DDR4 to multitask. It also has 60 Watt-hr long battery life to handle working, playing, creating or binge-watching. As Chromebooks sync everything with the cloud and requires constant connectivity, HP Chromebook buyers can avail 2GB of high-speed 4G data every day from Jio for one year with JioFi device for Rs 999.

With the launch of Chromebook x360, HP is offering choice to choose between Windows or Chome OS to consumers. Just like the Windows OS lineup, HP plans to introduce a complete Chromebook portfolio at different price points. "We are the market leader in marketplaces with almost one in every three PCs being sold an HP. We have choice models. We will continue to drive innovation on the Microsoft platform and have a portfolio over there. With Chromebooks, we will build devices which are lower and higher than the Chromebook X360. This is just the launch of the portfolio," adds Bedi.

Facebook offers publishers millions of dollars for rights to publish news on its site: Report