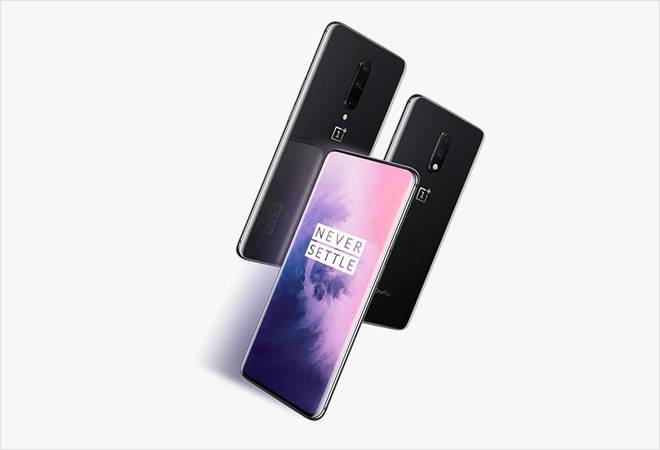 The much-anticipated smartphones OnePlus 7 and OnePlus 7 Pro were launched during an event at the Bengaluru International Exhibition Centre. For the first time since OnePlus 3, the Chinese company has launched two smartphones at the same time. OnePlus 7 is officially the successor of OnePlus 6T, while OnePlus is 7 Pro has been promoted as an ultra-premium smartphone with several flagship features.

"This year, we are going to open three new experience stores ... We will open an experience store in Pune ... and Hyderabad which will be the biggest OnePlus store in the world (with 16,000 sq ft of space)," OnePlus co-founder Carl Pei said. The company already has experience centres in Bengaluru, Delhi and Chennai.

The buyers will be able to purchase the OnePlus 7 Pro at the limited stock stores in Bangalore, Mumbai, Delhi, Hyderabad, Chennai, Pune and Ahmedabad starting 7 pm exclusively on 15th May 2019 and the OnePlus Experience stores in Delhi starting 17th May 2019. The new products will also be offered via Amazon.in, OnePlus.in, and OnePlus offline stores.

OnePlus 7 Pro comes with Snapdragon 855 SoC with a base variant with 6GB RAM and 128GB storage. There is also a 12GB RAM variant with 256GB storage. The phone runs on Oxygen OS based on Android 9 Pie. It also offers a 6.7 inch 19.5:9 (3120x1440); 90Hz 'Fluid AMOLED' display with Quad HD+ resolution and 516 PPI. OnePlus 7 Pro has HDR10+ display technology. The display of OnePlus 7 Pro has also received 'A+ Top Tier Display Rating', suggesting that the phone has one of the best displays in the market. OnePlus 7 Pro has the 'Safety for Eyes' certification from VDE Testing and Certification Institute. Last but not the least, Netflix has announced a special partnership with OnePlus and supports Netflix HDR playback.

In terms of camera, the Pro variant has three cameras at the back with 48-megapixel f/1.6 OIS Sony IMX586 sensor along with an f/2.2, 117-degree 16-megapixel wide-angle camera and an 8-megapixel f2.4 3X telephoto camera with OIS. For selfies, OnePlus 7 Pro will flaunt a pop-up camera to go with the whole full-screen design. Additionally, OnePlus 7 Pro comes with three focus modes, laser, PDAF, and CAF. DXOMark has given OnePlus 7 Pro a score of 111, second highest ever score for any smartphone, beating the Galaxy S10+, iPhone XS Max, and Pixel 3. The phone also features Google Lens support.

OnePlus is working with the Fnatic esports team to create the "Fnatic mode" extreme gaming mode for the new OnePlus phones. There is also a Zen Mode that will allow you to do two things only - make and receive calls and use camera.

For the first time, OnePlus smartphone will have Dolby ATMOS dual speakers for stereophonic sound to give users truly immersive theatre experience. The OnePlus 7 Pro comes in Nebula Blue, Mirror Gray, and Almond (coming in June).

OnePlus 7 is powered by same Snapdragon 855 SoC as OnePlus 7 Pro with up to 8GB RAM and 256GB storage. It will run on Oxygen OS based on Android 9 Pie. The OnePlus 7 will have a smaller 6.41-inch optic AMOLED display with a waterdrop notch and a dual-rear camera with one 48-megapixel sensor with f/1.7 aperture and another 5-megapixel depth sensor.

OnePlus 7 comes with a 3700 mAh battery that will easily last a day on a single charge. The phone will also come with 30W Warp charging technology that will give you a day's power (50% charge) in just 20 minutes. There is also a faster in-display fingerprint scanner.