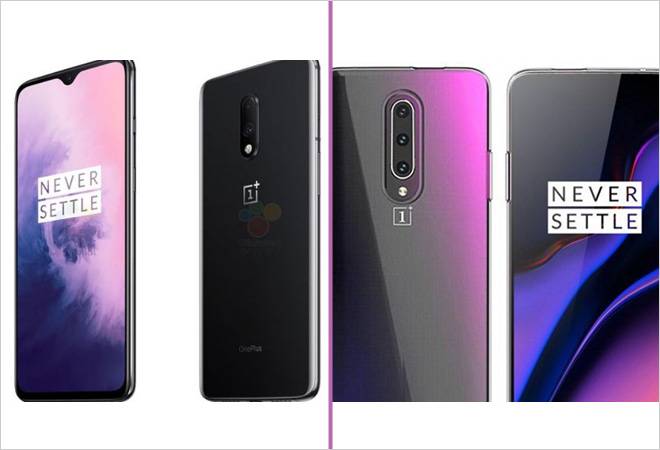 OnePlus is all set to unveil its OnePlus 7 series phones tonight in Bengaluru. The OnePlus 7 devices will also launch simultaneously in the UK (London), and the US (New York). The launch of the flagship grade OnePlus 7 Pro and the standard OnePlus 7 will be livestreamed on the OnePlus' official YouTube channel. However, almost every detail of the phones has been leaked, including their prices in India.

So, why exactly OnePlus is charging more for the OnePlus 7 Pro, and is the expensive OnePlus 7 Pro more value for money than the regular OnePlus 7? To make the right buying decision, let's first understand the major differences between the two OnePlus devices.

Display: OnePlus 7 Pro will have an HDR10+ display with a refresh rate of 90Hz. The use of this new technology automatically guarantees OnePlus an entry into the flagship category. The only other phones that come with HDR10+ technology are Samsung Galaxy S10 and Galaxy S10 Plus. As for the OnePlus 7, it is tipped to stick with the same old 60Hz panel and a full-HD+ resolution.

Storage: OnePlus 7 Pro will be the first smartphone to come with UFS 3.0 storage system that offers data speeds of nearly 3 GB/s which is twice as fast as the one offered by USB 2.1. OnePlus 7 will most probably support the older UFS 2.1 standard that was also employed by the last generation OnePlus 6T.

Cameras: OnePlus 7 Pro will have a triple camera setup with a primary 48-MP sensor. The setup will also include telephoto lens and ultra-wide-angle lens. As for the standard OnePlus 7, it is tipped to sport dual rear cameras. For selfies, OnePlus will flaunt a pop-up camera to go with the whole full-screen design. OnePlus 7, on the other hand, will have the same teardrop notch it had on OnePlus 6T.

OnePlus is trying to push the boundaries for itself with OnePlus 7 Pro and is offering an affordable flagship to people who have the taste for it but not the money. On the other side of the spectrum, OnePlus 7 is a regular upgrade from OnePlus 6T.

So, which OnePlus 7 series phone should you buy? OnePlus 7 or OnePlus 7 Pro?

If you are moving from a mid-range device to a flagship then there is nothing that will beat OnePlus 7 Pro. It is the closest to the iPhone or Galaxy S-series phones you will ever come, and it won't even burn the hole in your pocket. Also, if new technology excites you or you're into gaming (UFS 3.0 and 90Hz) then OnePlus 7 Pro is the phone you should buy. For everybody else, OnePlus 7 is a great buy that won't disappoint you. OnePlus 7 comes with the latest and greatest Snapdragon 855 SoC which is powerful enough for a smooth performance.