Samsung Galaxy S10, Galaxy S10 Plus and Galaxy S10e are three models that will be unveiled at the Samsung's Unpacked event 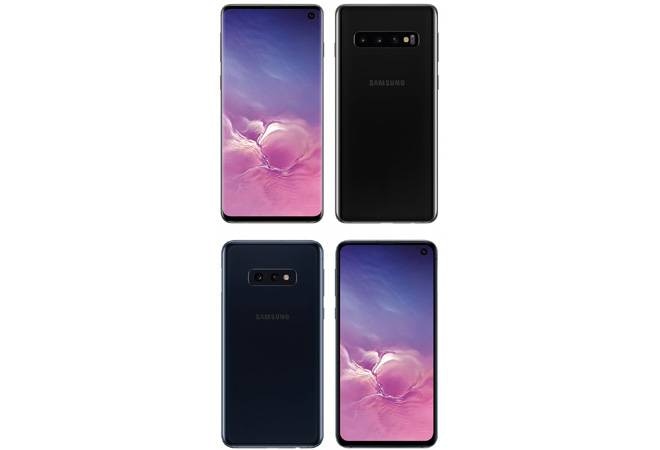 Samsung's 10th anniversary Galaxy smartphone has been leaked yet again ahead of its February 20 launch. The Samsung Galaxy S10 , Galaxy S10 Plus and Galaxy S10e are three models that will be unveiled at the Samsung's Unpacked event. The recent leak from Evan Blass on Twitter has however revealed the final design of the smartphones.

In the tweet, Evan Blass showed both front and back renders of the standard Galaxy S10 flagships and the cheaper Galaxy S10e variant. The images show non-existent side bezels and a thin top and bottom bezels. There are multiple cameras at the back and those 'punch hole' selfie cameras on the front. Both S10 and S10 Plus will have in-display fingerprint sensor. Meanwhile, the Galaxy S10e will come with a dual rear camera set up along with an LED flash and a side-mounted fingerprint scanner.

As far as the display is concerned, the leaks show that the Samsung Galaxy S10 and S10 Plus will have a curved display for a better edge-to-edge display design. On the other hand, the display of the Samsung Galaxy S10e, which is going to be the affordable version of the smartphone, can be seen with obvious bezels on both the sides. The Galaxy S10e will also be the smallest of the lot, with a 5.8-inch screen. The Samsung Galaxy S10 may come with curved 6.1-inch Infinity-O display with a small cut-out for selfie camera at the top-right corner of the screen. It is likely to feature an ultrasonic in-display fingerprint reader. Lastly, the Galaxy S10 Plus may house a 6.4-inch Infinity-0 display with a slightly wider cutout at the top-right corner of the screen to accommodate two selfie cameras.

There could also be a limited edition of the Samsung's Galaxy S10 Plus. The limited edition Galaxy S10+ could have a scratch resistant ceramic body. The back of the regular Galaxy S phones will be made up of glass. There will also be a Type-C port, a speaker grille and a 3.5mm headphone jack.

Samsung's tenth anniversary phones will be available online on Flipkart, in addition to the Samsung's e-shop and other offline sales channels. Flipkart has already started teasing the Galaxy S10 launch with a dedicated notify-me page. Media reports are suggesting that the Galaxy 10 series phones will be priced aggressively with Galaxy S10 to be priced in the range of Rs 60,000 - Rs 65,000. The price of Galaxy S10e could start at around Rs 50,000, while the bigger S10 Plus could be priced at around Rs 75,000.