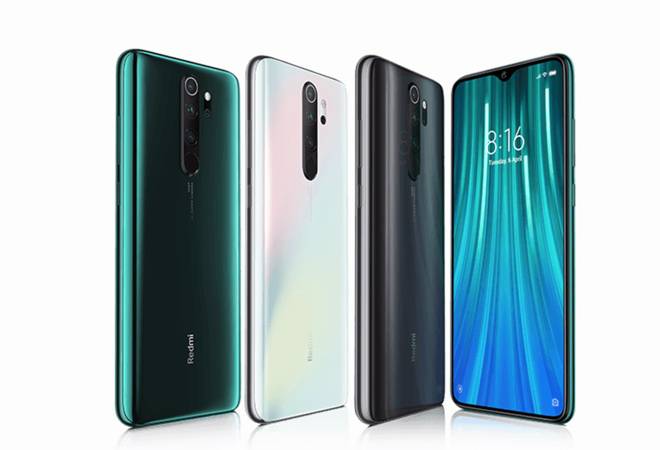 Xiaomi Redmi Note 8 Pro review: For expanding the memory, it comes with a dedicated microSD card slot along with two SIM slots.

Xiaomi's Redmi Note series has been a category definer for smartphones under Rs 15,000. However, competition has been quick to learn the tricks of the trade to come up with compelling offerings. Staying ahead of the competition, Xiaomi has introduced its new warrior - the Redmi Note 8 Pro - that once again proves the company's mettle.

The Redmi Note 8 Pro is an elegant device, but doesn't stand out from the clutter as most smartphones look similar. It has got a 6.53-inch full HD+ display with the tear-drop notch at the front. There are sleek bezels around the display, offering more screen estate. The rear glass houses a raised camera module along with the Redmi branding. Thankfully, the slightly curved rear makes it ergonomic to grip. It was a mixed bag for single-hand operations. I was easily able to reach the power and volume buttons on the right panel, however not the top of the display. Also, the fingerprint sensor is at the rear - which is quick to unlock the phone. The P2i nano coating makes the phone splash resistant.

Until now, most Xiaomi smartphones have been powered by Qualcomm processors. But for the Redmi Note 8 Pro, the company went for an octa-core MediaTek Helio G90T processor paired with 6GB onwards of RAM. My review unit was the top variant with 8GB of RAM and 128GB storage. For expanding the memory, it comes with a dedicated microSD card slot along with two SIM slots.  Xiaomi has worked with MediaTek closely for this processor, which is visible in the performance as it handled binge-watching as well as long sessions of gaming with ease. The rear got a little warm but wasn't too uncomfortable to hold. For this, the company has opted for LiquidCool technology, which prevents the device form heating. There were no signs of lag, freezing or apps crashing, either.

One thing I hate about Android smartphones is the custom UI and unnecessary apps that every company loads on their smartphones. The Redmi Note 8 Pro belongs to the same bandwagon. Although, the Mi UI is pretty refined, it is full of advertisements. One can turn them off but most of the people would not know how to do the same. The device also has some preinstalled apps such as Likee, Helo, VMate, Facebook and Netflix. Thankfully, most of them were not locked and I was able to uninstall this unnecessary bloatware.

Google Assistant on Android smartphones isn't new. But the addition of Amazon Alexa is. The Redmi Note 8 Pro comes with dual voice assistants built-in. While I was able to configure Google Assistant while setting up the phone, Alexa had to be done via Amazon Alexa app. Using the app, I had to give it permission to listen to the request and train it for hands-free usage. I could wake up Alexa with just a voice command or even activate Google Assistant when required. The Amazon Alexa app is available for iOS and Android devices, but you need to launch the app to speak to Alexa.

Along with the performance, Xiaomi has also focussed on the photography part, as the Redmi Note 8 Pro has quad-camera setup at the rear. This includes a 64MP primary camera along with 8MP ultra-wide, 2MP macro lens and a depth sensor. The camera does an impressive job in capturing great amount of details, sharpness and colour accuracy.

The camera app is pretty neat and intuitive to use. A user need not worry about how to switch between the cameras as this has been neatly integrated within the various modes and settings of the camera app. Using the default photo mode itself, I was able to capture a regular image, switch to the ultra-wide lens (0.6x) and zoom in using 2x option. On the top was the macro mode for capturing close-up shots, which was rather impressive. Even when getting close to subjects, the macro lens quickly focussed on the subject and captured some great shots. By default, the images are captured at 16MP resolution using pixel binning. However, there is also a dedicated 64MP mode for images with fine details. Shots captured using ultra-wide lens came out well. Portrait shots were hard to fault, and beauty and filter settings made it even more impressive. But the low-light photography wasn't its forte as there was visible noise. Selfie lovers are in for a treat as it captures some great shots using in the photo as well as portrait mode.

All this is backed with an impressive battery backup too. The 4500mAh battery lasted me over a day and a half on a single charge with heavy usage. Plus, the phone comes with an 18-watt fast charger that recharges the battery rather fast.

Redmi Note devices have been hard to fault every time; Xiaomi has always come up with something more compelling than before. Redmi Note 8 Pro is a perfect example. From design to the camera and performance to the battery, it checks all the right boxes including the pricing.

ALSO READ:Best mobile phones under Rs 15,000: Xiaomi Redmi 8A to Realme 5 Pro, choose from these 10 options