Best mobile phones under Rs 15,000: Xiaomi Redmi 8A to Realme 5 Pro, choose from these 10 options

Best smart phones in India under Rs 15,000: Features like 48MP camera, Qualcomm Snapdragon which were earlier exclusive to smartphone above Rs 20,000 are now available under Rs 15,000 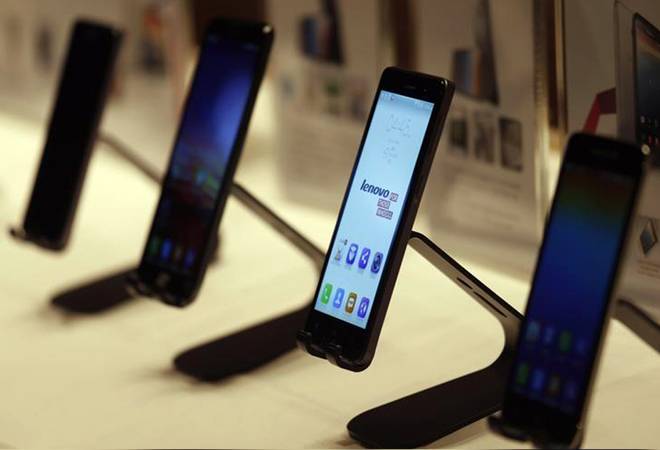 Customers now get good cameras in smartphones under Rs 15,000

With so many smartphones in the market, picking the right smartphone could be a daunting task. But we've tried to make it easier by putting together a list of best smartphones from Xiaomi Redmi 8A to Realme 5 Pro under Rs 15,000 price bracket.

Xiaomi has launched many mobile phones across its portfolio. With starting price of Rs 6,499, Redmi 8A features a 6.2-inch HD display, protected by Corning Gorilla Glass 5. The device is powered by Qualcomm Snapdragon 439 processor and has AI primary camera of 12MP with Sony IMX363 sensor and onboard battery of 5,000mAh. There are two variants available in the smartphone - 2GB RAM with 32GB storage and 3GB RAM with 32GB storage.

With a 6.2-inch notch display and aura mirror design, the Redmi 8 is a splashproof device with P2i coating. It is protected with Corning Gorilla Glass 5. Keeping in mind the dual-SIM needs of consumers, the device comes with dual SIM slot and a memory card slot too. The mobile has AI selfie camera with a rear 12MP AI dual camera and also has 2MP depth sensor. The device supports a quick charge with 5,000mAh battery. It has 4GB RAM with a storage of 64GB.

Lenovo A6 Note features a 6.09-inch dewdrop display with a resolution of 720x1520 pixels, the device has 88 per cent screen-to-body ratio. The device is equipped with 3GB RAM and powered by MediaTek P22 Octa-Core processor clocked at 2.0 GHz. It 4,000 mAh battery onboard and features dual AI rear camera of 13MP and 2MP with f/2.0 and a 5MP AI selfie camera. It also has a face unlock feature alongside a fingerprint scanner for mobile security purposes.

The Cool 5 from Coolpad (established by Yulong Group) features a 6.2-inch HD+ dewdrop display with full lamination, multi-touch, and 2.5D Glass. The device is powered by Helio MT6762 octa core 2.0 GHz processor which is paired with 4GB of RAM and 64GB onboard storage and has got 4000mAh battery onboard. The device is equipped with 16MP front camera and has a dual setup rear camera with 13MP and 2MP.

The Moto e6s features a 6.1-inch HD+ display. The rear has a dual camera - 13MP and 2MP - and an 8MP front camera. It has MediaTek Helio P22 processor paired with 4GB of RAM and 64GB internal storage and a 3,000 mAh battery onboard.

The Vivo U10 has 6.35-inch screen and an HD+ resolution of 720x1544 pixels. The device consists of the triple camera module, including 13MP standard camera along with the 8MP ultra-wide lens and a 2MP depth sensor. Powered by Qualcomm's Snapdragon 665 processor, with an octa-core chipset with eight Kryo cores. The device has 5,000mAh battery and supports quick charging with 18W fast charger.

Ever thought that quad-camera mobile phones can be available for under Rs 10,000? Realme has disrupted the camera phone segment with the Realme 5. If you are passionate about photography and want to flaunt the latest tech without spending much, then Realme 5 is a good deal for you.

The rear camera of the device includes a 12MP main sensor along with 118-degree ultra-wide lens, portrait lens, and 4cm macro lens. The base model has 3GB RAM with 32GB onboard storage followed by 4GB RAM with 64GB storage variant and 4GB RAM with 128GB capacity. A 6.6-inch display, the device is powered by Qualcomm Snapdragon 665 processor and has a massive 5000 mAh battery.

A camera-focussed series from Motorola, the One Macro features a triple camera setup at the rear - a 13MP primary camera along with 2MP depth sensor and a 2MP macro lens. Running Android 9, Motorola One Macro features a 6.2 inch display and is powered by an octa-core processor, the device is paired with 4 GB of RAM and 64 GB internal storage. It has 4000 mAh battery, paired with USB Type-C port and a fingerprint scanner at the rear.