Motorola Edge S appears on AnTuTu ahead of launch

Motorola has confirmed that the smartphone with Qualcomm Snapdragon's latest 870 chipsets will be launched on January 26. 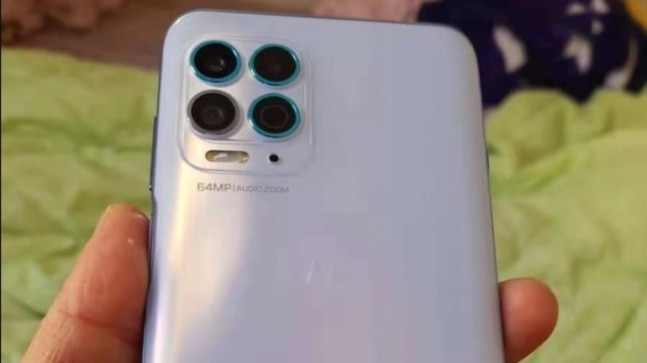 Motorola has confirmed the launch of the Edge S. The company revealed that the smartphone with Qualcomm Snapdragon's latest 870 chipsets will be launched on January 26. Ahead of the launch, the smartphone has appeared on AnTuTu. Motorola's General Manager Chen Jin has posted the AnTuTu scores of the Edge S on the Chinese alternative of Twitter, Weibo.

In the post shared by Chen Jin, Motorola Edge S has scored 679860. The smartphone raked up 189,694 in CPU performance, 290268 in the display, 103322 for RAM, and 96576 for UX. So far the top spot on AnTuTu has been achieved by Black Shark 4, which managed to score 788505. The Black Shark 4 is powered by Snapdragon 888. Next in line is the Oppo Find X3, which has scored 771491, followed by Xiaomi Mi 11 with 752935 and iQOO7 with 708425 points. Notably, all the phones in the top 4 spots are powered by Snapdragon 888, which is the flagship processor.
While Motorola Edge S with Snapdragon 870 was not at par with the Snapdragon 888, it definitely has an edge over the Snapdragon 865+. If we recall the AnTuTu score of 865, it managed to clock somewhere around 640000.
However, Jin in his post wrote that Edge S has the ability to deliver better performance, as per the engineering team of Motorola.
Ever since Qualcomm announced the Snapdragon 888 chipset, it was being speculated that Motorola is on its way to launch a Snapdragon 888-powered phone. Soon the rumors meandered towards a phone with Snapdragon 865 until the company confirmed launching the Edge S with Snapdragon 870, the latest processor announced by Qualcomm.
Although the company has revealed that the smartphone will be launched in January, it has neither revealed the design nor shared the specifications of the Motorola Edge S. But several reports in the past have leaked some of the key specifications of the device.

The smartphone which was codenamed Nio will reportedly feature a 6.7-inch QHD+ display with an unusual refresh rate of 105Hz. It will be powered by Snapdragon 870 coupled with 12GB RAM and 256GB of storage. It will run on Android 11 out of the box and house a 5000mAh battery. In terms of camera, Motorola Edge S will feature a quad-camera setup on the rear which would include a 64-megapixel primary camera. On the front, the smartphone is speculated to feature dual selfie cameras with 16-megapixel and 8-megapixel sensors.