The BEL robot will be equipped with sensors and programmed to communicate with the control centre. It will also be able to work in situations like the recent Easter blasts across Sri Lanka while conducting surveillance 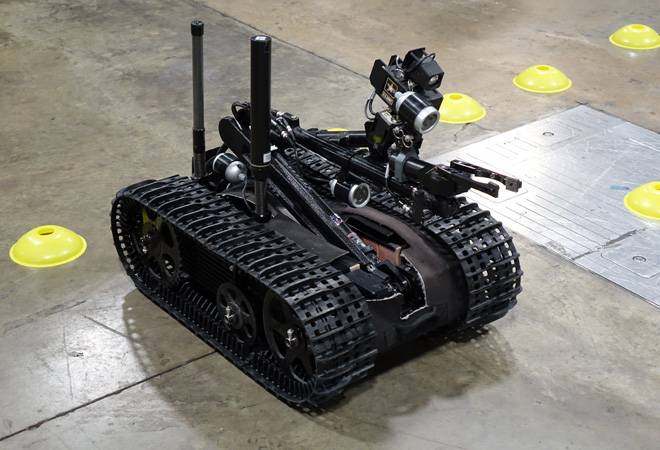 Indian scientists have reportedly been working on all-terrain AI-enabled robots that might be used to patrol international border of the country. The Bengaluru-based Central Research Laboratory of defence PSU Bharat Electronics Limited (BEL) is working on developing a prototype for such a robot by December this year, The Times of India reported.

The BEL robot will be equipped with sensors and programmed to communicate with the control centre, the report said. In addition, it will also be able to work in situations like the recent Easter blasts across Sri Lanka while conducting surveillance, it further added.

The primary objective of the border patrol robots will be to save the lives of security personnel deployed for border surveillance. The estimated cost of these robots will be in the range of Rs 70-80 lakh for small orders. This price tag could go a lot lower if the army places large orders, the report said.

ALSO READ:'Jobs - Reality Check': Not just Modi! Any government will struggle to create jobs in future

As of now, 80 scientists and engineers in three AI-specific labs - CRLs in Bengaluru and Ghaziabad, and BEL Software Technology Centre (BSTC) in Bengaluru - are working on the AI-enabled patrol robots, the TOI report said. This number is expected to be increased to 100.

While the team has already developed a rudimentary robot, work is going on to develop the next generation of robots with AI capabilities, the report said. The list of problems includes need for massive raw data that is needed for such products, which once gathered, could be used to customise algorithms to instruct the robot to perform very specific tasks, BEL CMD Gowthama MV told the daily.

The report said that the BEL is planning to conduct internal review of the first prototype by December first week. The user trials for the same might happen by February 2020. The BEL will also be ready with a few other AI-enabled products by the end of this year, however no specific requirements have been made by the armed forces, the report said.

ALSO READ:Projections for AI in 2019

"As a company committed to R&D, we want to be able to show capabilities that can become useful for armed forces, this is one such project," the report quoted Gowthama as saying.