Over the years, iPhones have evolved, become more powerful and continue to be the iconic smartphone everyone is trying to be one or compete with. 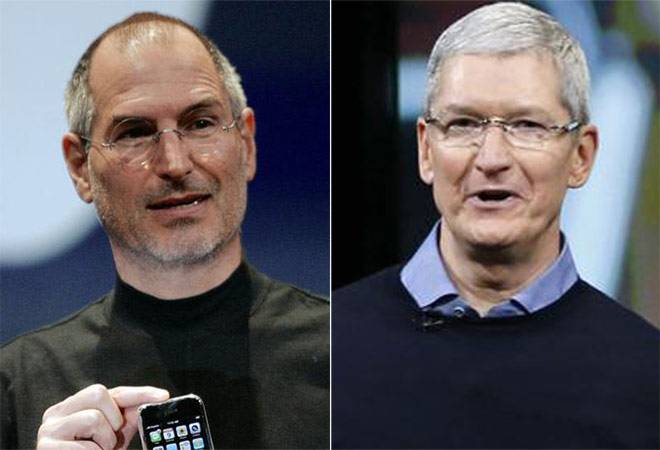 It was ten years ago, on June 29, 2007, when the first Apple iPhone went on sale. It was the first phone from a company which had an expertise in making computing devices and redefined the music industry with iPod in the past. In the age of resistive stylus driven touch interface and keypads, Apple introduced a phone with a capacitive touch display that responded well to the finger and emphasised on the App ecosystem.

Over the years, iPhones have evolved, become more powerful and continue to be the iconic smartphone everyone is trying to be one or compete with. The next iPhone is due to be announced in September. Here's timeline of the 10 years of Apple iPhone.

June 29, 2007: The first iPhone went on sale on sale at 6:00 PM on the first come, first serve basis. The sale was restricted to two units per customer and the 164 Apple stores were open till mid-night.

September 10, 2007: Apple took the market by storm with the iPhone as the company announced selling 1 million iPhones in just 74 days.

June 9, 2008: Apple announces the successor to the original iPhone, the iPhone 3G.

July 11, 2008: Apple iPhone 3G goes on sale. It also introduces the world the concept of an App Store, a single store for downloading apps on the smartphones with a single touch. It already had 500 apps at the launch. I millionth iPhone 3G units sold over the first weekend, on July 14.

June 8, 2009: Apple iPhone 3GS announced, designed on the lines of the iPhone 3, it featured improved battery life and better camera.

June 21, 2009: Crosses one million sale for the iPhone 3GS on Sunday, within three days of the launch.

June 7, 2010: Apple iPhone 4 launched. Looks completely different from the iPhones launched in the past.

October 5, 2011: Steve Job dies, diagnosed with a pancreas neuroendocrine tumor in 2003 and died of respiratory arrest related to the tumor

October 14: iPhone 4S goes on sale in US, Australia, Canada, France, Germany, Japan and the UK on Friday, October 14.

September 21: Goes on sale in US, Australia, Canada, France, Germany, Hong Kong, Japan, Singapore and the UK on Friday, September 21

September 9: Apple announces iPhone 6 and iPhone 6 Plus. Increases the display size to 4.7inch and 5.5 inch respectively

September 12: Pre-order for both the models begin

September 19: iPhone 6 and iPhone 6 Plus go on sale in the US, Australia, Canada, France, Germany, Hong Kong, Japan, Puerto Rico, Singapore and the UK

September 22: Apple sold over 10 million new iPhone 6 and iPhone 6 Plus models, in just three days after the launch on September 19.
2015:

September 9: With incremental changes, the iPhone 6s and iPhone 6s Plus announced. Both the smartphones feature a 3D force touch that can sense the difference between a tap and a press. Launches a new rose metallic colour too.

September 25: Apple iPhone 6s and iPhone 6s Plus goes on sale in 12 countries.

March 21: Apple launches iPhone only once every year. But after the September launch of the iPhone 6s and iPhone 6s Plus, Apple announced yet another smaller variant of iPhone, the iPhone SE. The iPhone SE was available for pre-order on March 24 and went on sale on March 31
July 27: Apple sold the billionth iPhone.

September 7: Apple unveils iPhone7 and iPhone 7 Plus. To go on sale in a few selected countries on September 16 followed by the India launch on October 7.

Petya ransomware: All you need to know