From being preferred by professionals, Mac has over the years become a preferred work machine across genres. Industry experts suggest Mac has a broad user base in India 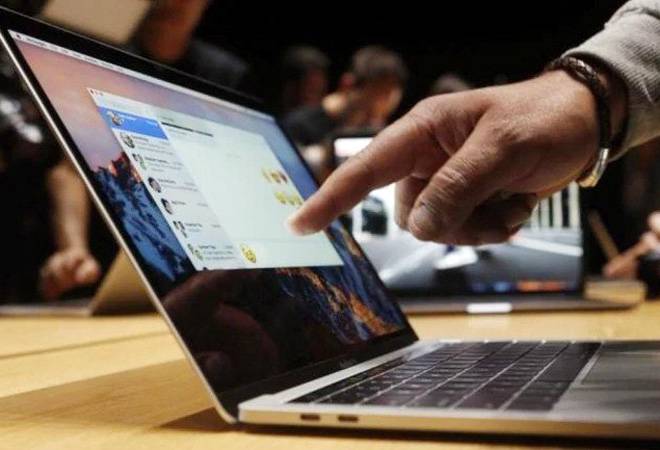 At the time when the PC market is shrinking globally in consumer space and only registering growth in the commercial segment, India along with the US and Japan have been bright spots and growing market for Apple's Mac lineup.

Amidst the focus on iPhone, Apple during the company's 2019 Q4 earning calls revealed that it has generated an all-time revenue record for Macs in India.

Luca Maestri, the Chief Financial Officer at Apple, also highlighted that more than half of the customers purchasing Macs during the quarter were new to Mac and the active installed base of Macs again reached a new all-time high.

At the time when the PC market is shrinking globally in consumer space and only registering growth in the commercial segment, India along with the US and Japan have been bright spots and growing market for Cupertino giant's Mac line-up. However, the company did not share any breakup on the individual and commercial sales.

From being preferred by professionals, Mac has over the years become a preferred work machine across genres. Industry experts suggest Mac has a broad user base in India. Even organisations are opening to what work machine -Windows and Mac -employees prefer to work on. And once an individual becomes part of the Apple ecosystem, it gets very hard to leave. Apple's Mac range offers quality, reliability and performance and easily lasts anywhere for five years or even more. To top this, Apple has constantly been releasing software updates focusing on privacy and security. And unlike Windows, the Mac platform is mostly free of bugs and virus.

"Apple has always been the aspirational brand of choice for India, be it iPhones or Macs. Whether it is students or professionals, the Mac has retained high consumer loyalty on account of performance and longevity. On the back of promotions such as "back to school" targeting students, as well as attractive financing schemes, Apple has been able to attract many first-time buyers for Mac, contributing to a significant revenue boost" says Prabhu Ram, Head-Industry Intelligence Group, CyberMedia Research (CMR).

Also Read:Flipkart Lap It Up sale: Save big on Apple MacBook Air, big discount on gaming laptops too

Affordability including discounts and low-cost EMIs have helped users to purchase a Mac. The entry-level MacBook Air with a 13.3-inch display, Intel Core i5 processor, 8GB RAM and 128 GB storage priced at Rs 84,900 is available for Rs 62,000 on Amazon India. Even if bank offer of low-cost EMI isn't available, users can easily convert their purchases into three to six months EMI at the time of making payment.

In the September quarter, iPhone revenue was $33 billion. While this is a 9 per cent decline over last year, it is still a significant improvement of over the 15 per cent decline Apple saw across the first three quarters. There has been a significant upswing in demand towards the end of the quarter because of the new generation devices including iPhone 11. It is in great demand in India due to aggressive pricing and cashback offers.

"With its prudent pricing strategy on the iPhone 11 and its attractive specs, Apple has been able to get increased consumer demand than before.  With increased local manufacturing and new retail stores in the offing, we believe that Apple is on a stronger footing this year", adds Ram.

Of late Apple's focus has shifted to the Indian market. Currently, Apple is manufacturing hardware in China, Brazil and India apart from the few MacBook Pros in the US.

In India, iPhone 7 is being assembled at Wistron facility in Bengaluru. It started assembling the iPhone XR at the Foxconn facility in Chennai. People familiar to the matter confirmed Apple is unlikely to start assembly of the new iPhone 11 line-up in India anytime. The reason being the Chennai facility is a new plant of Foxconn and simultaneous production of new devices does not happen at a new facility. By the time the iPhone 11 starts assembling in India next year, there will be more iPhones in Apple's portfolio.

For FY2019, Apple India has seen over 70 per cent fall in net profit to Rs 262.27 crore, while revenues fell 19 per cent over the previous fiscal, as per regulatory documents. However, much has changed in the last two quarters (April to September 2019). Apple's quarterly earnings report suggests Apple is once again witnessing an upward growth trajectory in India.

Also Read: From iOS to Mac Pro: Here's everything you'll get to see at Apple WWDC 2019